Published: 10.6.2022
In the heart of the deep forests of the Hrubý Jeseník Mountains, visit the picturesque spa village with beautiful architecture and the surrounding nature and peaceful atmosphere. You will also find a waterfall, a geological exposition or a 600-meter long ski slope.

The history of the local springs dates back to the 18th century, the spa was founded by Maximilian II Francis, a son of Maria Theresa, in 1785. Three of the oldest spa houses come from this period - Odra, Praděd and the Tower House. The name of Karlova Studánka was then given to the village after the discovery of a new spring in 1802, which was named after the grandson of Maria Theresa of Charles Ludwig. 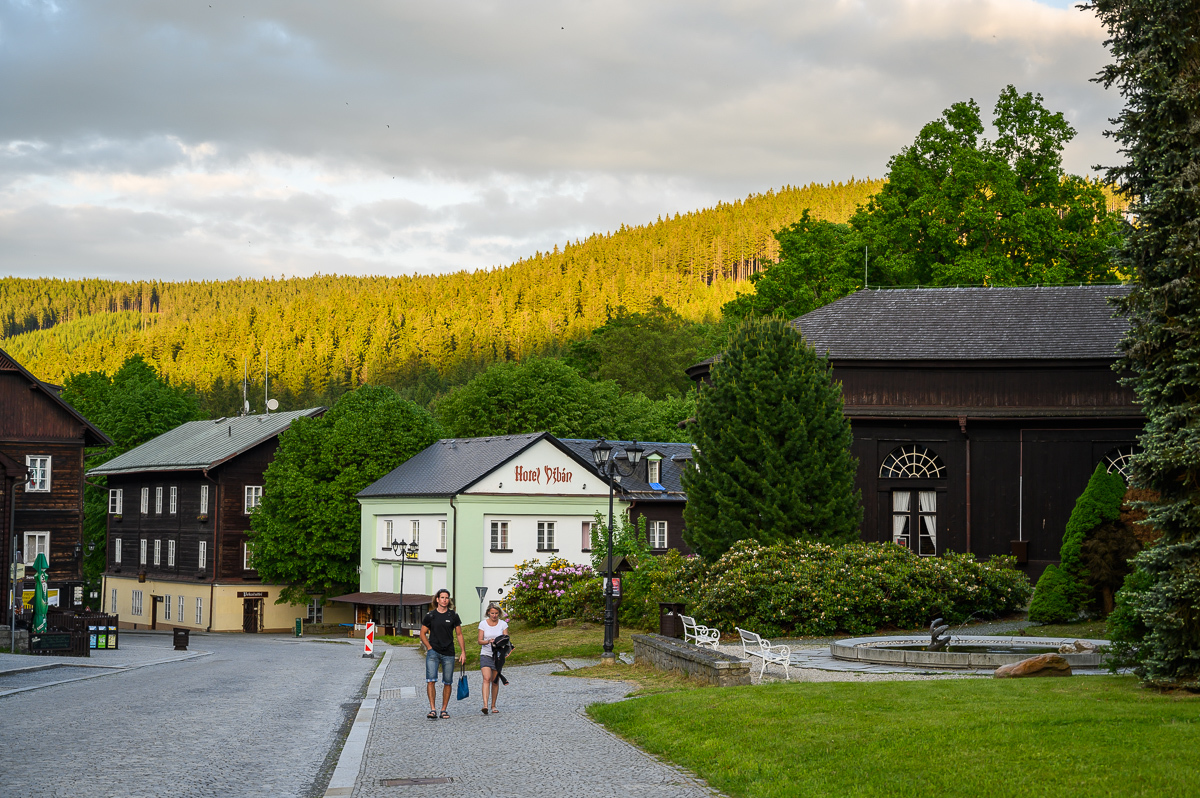 Today, the spa is mainly used for the treatment of lung and respiratory diseases. Mineral water treatments include hydrotherapy and thermotherapy. 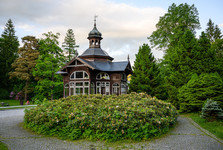 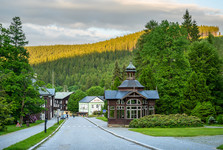 Today you will find a total of 8 springs in Karlova Studánka. They all have a high carbon dioxide content due to the surrounding peat bogs. You can twist and taste them in the Drinking Pavilion or Libuše's Mansion.

The biggest attraction for visitors, besides the wooden spa houses, is an artificial waterfall built on the Bílá Opava river. There is also a nature trail that runs along the river stream around many cascades and natural waterfalls to Barborka pod Pradědem cabin.

Of course you can reach the top of Praděd. The viewing platform of its transmitter is the highest point in the Czech Republic where you can go. You can also see Sněžka, Lysá hora or Radhošť, the High Tatras or the Malá Fatra. 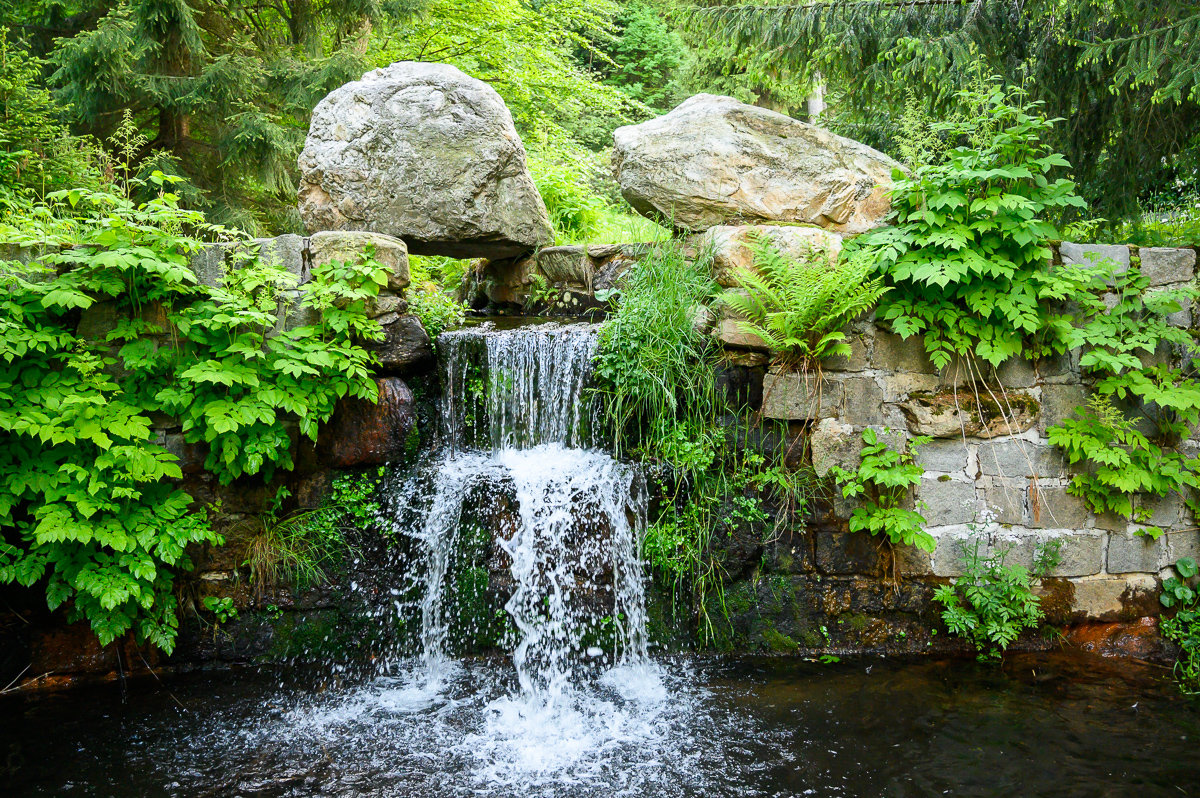 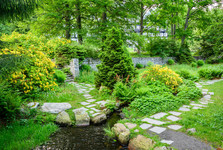 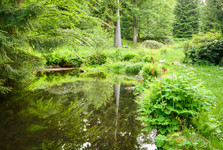 If you do not feel fit enough for a challenging hike to Praděd, Roland's path to Roland's stone offers a nice hike from Karlova Studánka. Here you can enjoy a beautiful view of the surrounding peaks of the Jeseníky Mountains and large spruce forests.

In the upper part of the village, you can also visit the geological exposition of stones from Jeseníky and the beautifully modified spa park. Hubert and former hunting lodge of  Hubertov. 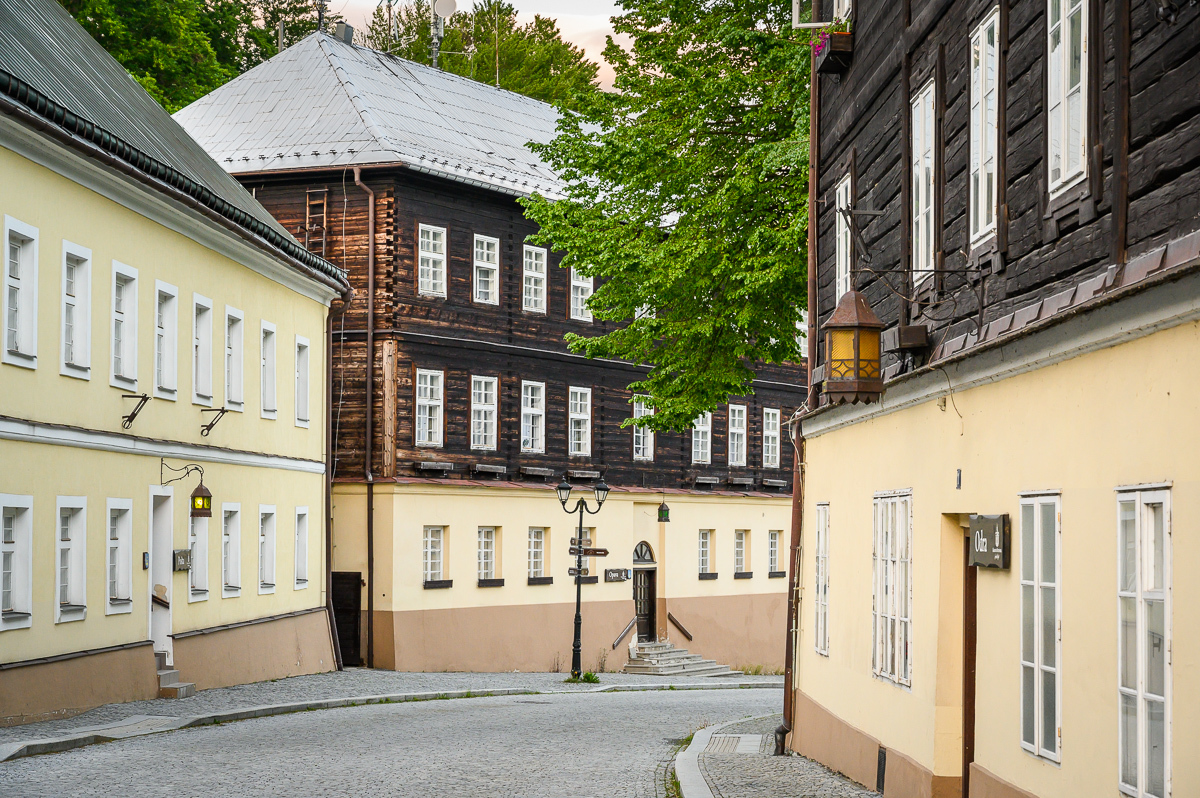 You can also take hiking trails to Vrbno pod Pradědem or Malá Morávka. In all cases, beautiful and wild Jeseniky nature awaits you. The surroundings of Karlova Studánka offer a dense network of cycle paths. But be ready to get sweaty.

Published: 2.2.2021
Most trips to the Jeseníky Mountains go to Praděd. A lot of people can get to Šerák only thanks to the cable car. At the same time, Šerák and the adjacent Keprník offer a hike through beautiful nature. For example, from Ramzová around the Giant Rocks, where we will go together now.

Published: 7.10.2021
Do you make trips to the Jeseniky Mountains? Be sure to stop in the national nature reserve of Rejviz near the town of Jesenik. There are unique peat bogs, wetlands and a settlement of the same name where you can buy some snack.

CZ, Bila Opava River Valley – The Most Beautiful Nature Trail in the Jeseniky

Today we set out on a 5-kilometer trail from Karlova Studánka upstream the Bílá Opava River throu...