Sumava is larded with infocenters for tourists. The most straight road of more than two kilometers in length to Kasperk Castle runs from the town of Kasperske Hory. Those heading to Kasperk from different places will encounter the most dramatic place several hundred meters below the peak where many tourist markings meet at one place making it confusing which road to take to Kasperk. It is there where mere wayfarers became allies trying to find common goal. It is no coincidence that Kasperk is reached by large groups of people who hardly knew each other an hour ago. 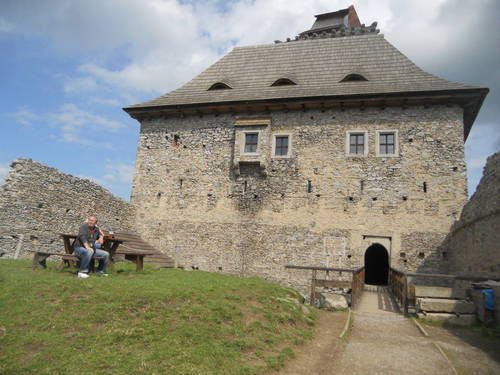 The the who chose the place to build the castle did their homework perfectly. The enemy who got lost in the lower castle did not have enough energy to fight. Many tourists who get lost in the same way then attack stands with local specialties – garlic soup and beer. If the vendors had offered better service, they would even make much better money. 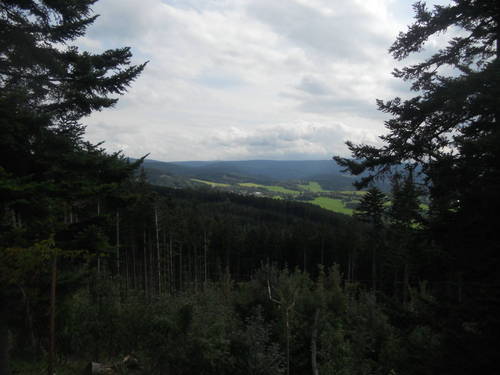 The same divinity has in it a view from Kasperk. In case of bad weather it is not very pleasant to be in Kasperk due to the fact that Kvilda is the coldest place in the country. It is just couple of kilometers and you should watch weather forecast, even in summer. 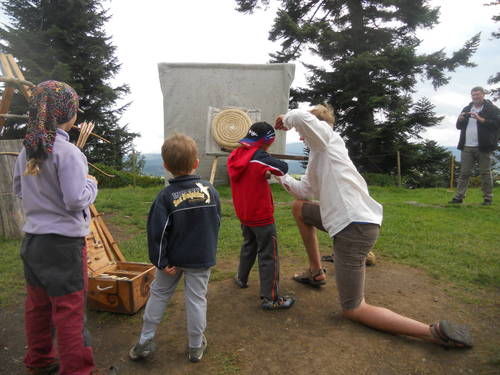 Kasperk Castle was built a guarding castle. Soldiers detached there guarded the border with Bavaria, the Golden Route and once rich gold deposits. Even today there are many tunnels to be seen. The road goes from the Kasperske Mountains through the so called Amalin’s valley along the Zlaty Creek. Once it was part of important trade route to Pasov, Bavaria, thus it was guarded heavily. The road was the intention behind Charles IV order to build the castle on the top Zdanov hill in 1356. 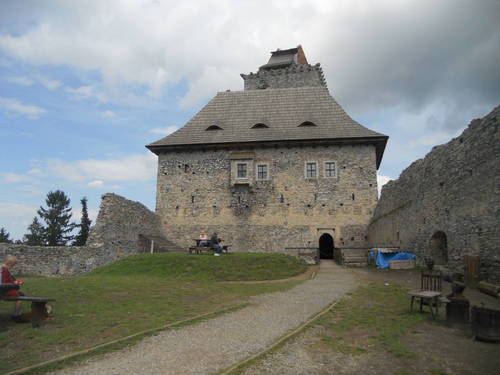 Castle Kasperk is not large. Lords resided in the palace and two adjacent towers. Part of the castle is long courtyard used for agriculture. The whole castle is perfectly fortified. First by its long walls, second by difficult terrain. Only ruins remained of Pusty Castle that used to stand on the same peak.

Thanks to continuous work Castle Kasperk is in great condition. Since the new millennium each year something was renovated. Since 1616 the castle is administered by Kasperske Hory town.