Sumava after depopulation of border zone comes back into the spotlight. One would say even a golden era. Near Kasperske Hory, then called Reichenstein, “wealthy rocks” in translation, there were more than three hundred gold mills in the John of Luxembourg era. Then Kasperske Hory was the most efficient gold mining area in the country. That was the reason for Charles IV, John’s son, to build a guarding castle of Kasperk. 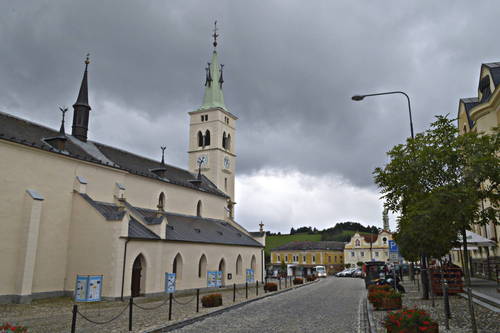 The City with the whole package

When there was gold below Kasperk the whole activity in the area was focused on the mines. Today visitors are rather on the ground. Small yet cozy town inhabit about 1500 people. They know how to host their visitors and how to accommodate them as well. The is situated on a hill and it is like on one of Josef Lada’s paintings. Although he stayed rather near Prague. Every house has a new dutifully made façade. The church takes almost whole center of a oblong square. It certainly isn’t in a state of decay. The restaurants there offer mostly the best to their customers. Local infocenter situated in the town-hall doesn’t underestimate needs of the tourists. 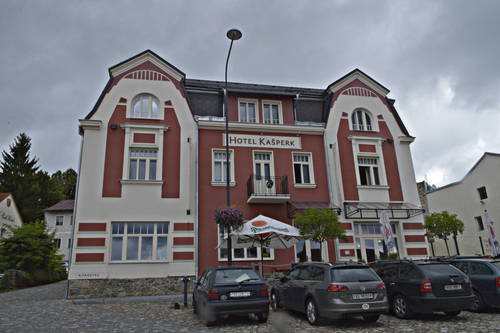 Those wanting really comfortable accommodation should visit Hotel Kasperk with perfect service and cuisine. Right next to it is Park Hotel Tosch that has in addition wellness and a cave to heal people with all kinds of diseases. This is allegedly the only hotel the Czech Republic that includes speleotherapy in its services. 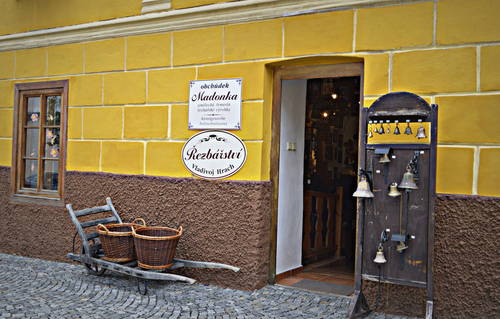 Kasperky in winter and summer

As we mentioned, the main sight at the square and, well, the whole city, is a large church of St Margareta that is easy to see from a great distance. This 14th century building has three naves, so it is a really monumental building and it has a high tower. The visitors also might notice the town-hall with three baroque gables and a tower. Originally it used to be a Renaissance building where Jiri Loksan, a possessor of Kasperk Castle, used to live. Also, worth seeing is St Nicolas church, cemetery chapel of St Anne, or pilgrimage church of the Virgin Mary of Snow, and some of local museums as well. 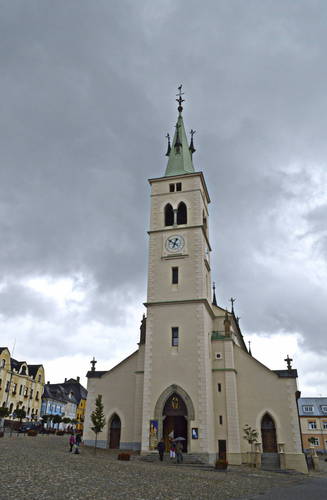 Nice diversification to your trip in Sumava might be a valk to Sibenicni Hill and pillory. Kasperske Hory is also a winter resort ideal for beginners.