en.infoglobe.cz » CZ, Kinskýc Garden – An Oasis of Peace in the Heart of Prague

The Kinský Garden is now part of the Petřín Gardens, but this has not always been the case. The area originally lay behind the city walls and used to be mainly vineyards. In the 19th century, the Kinský family bought the land and Rudoulf Kinský had an Empire-style summer house built here. An extensive park has grown around the summer house. The steep slopes of Petřín provided the architects of that time with opportunities to create waterfalls and romantic nooks, of which there are more than enough in the garden. 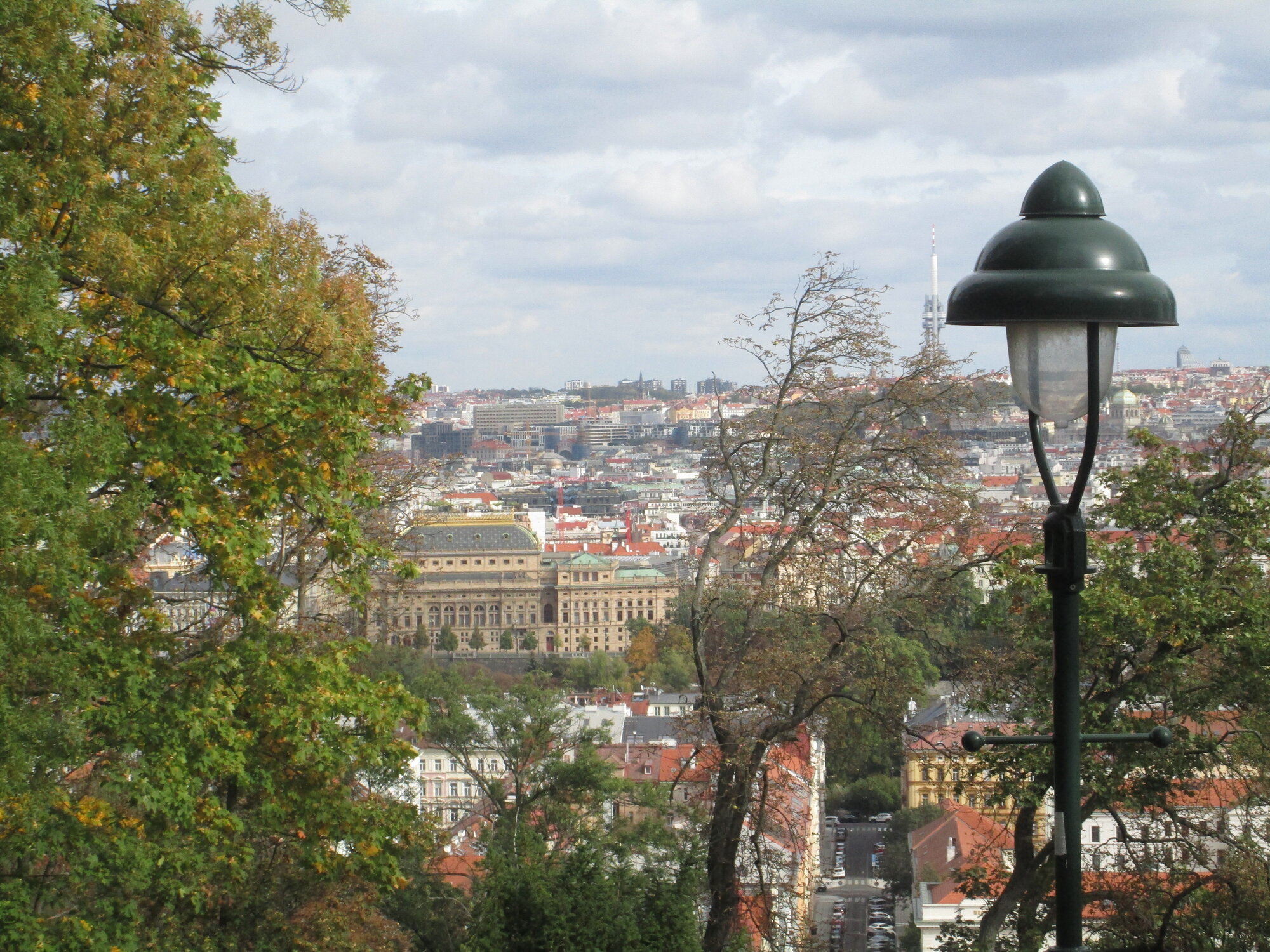 A Walk in the Garden

The main monument of the garden is located a short walk from the main entrance from Kinských Square (tram stop Švandovo divadlo). Today, the Ethnographic Museum is housed in a stylistically pure Classicist building, and the local collections of folk art are said to be among the largest in Europe, but the grand plans to establish an open-air open-air museum soon came to an end. In the garden, however, we can still find several folklore buildings, such as the bell tower from Bojanovice right next to the summer house. 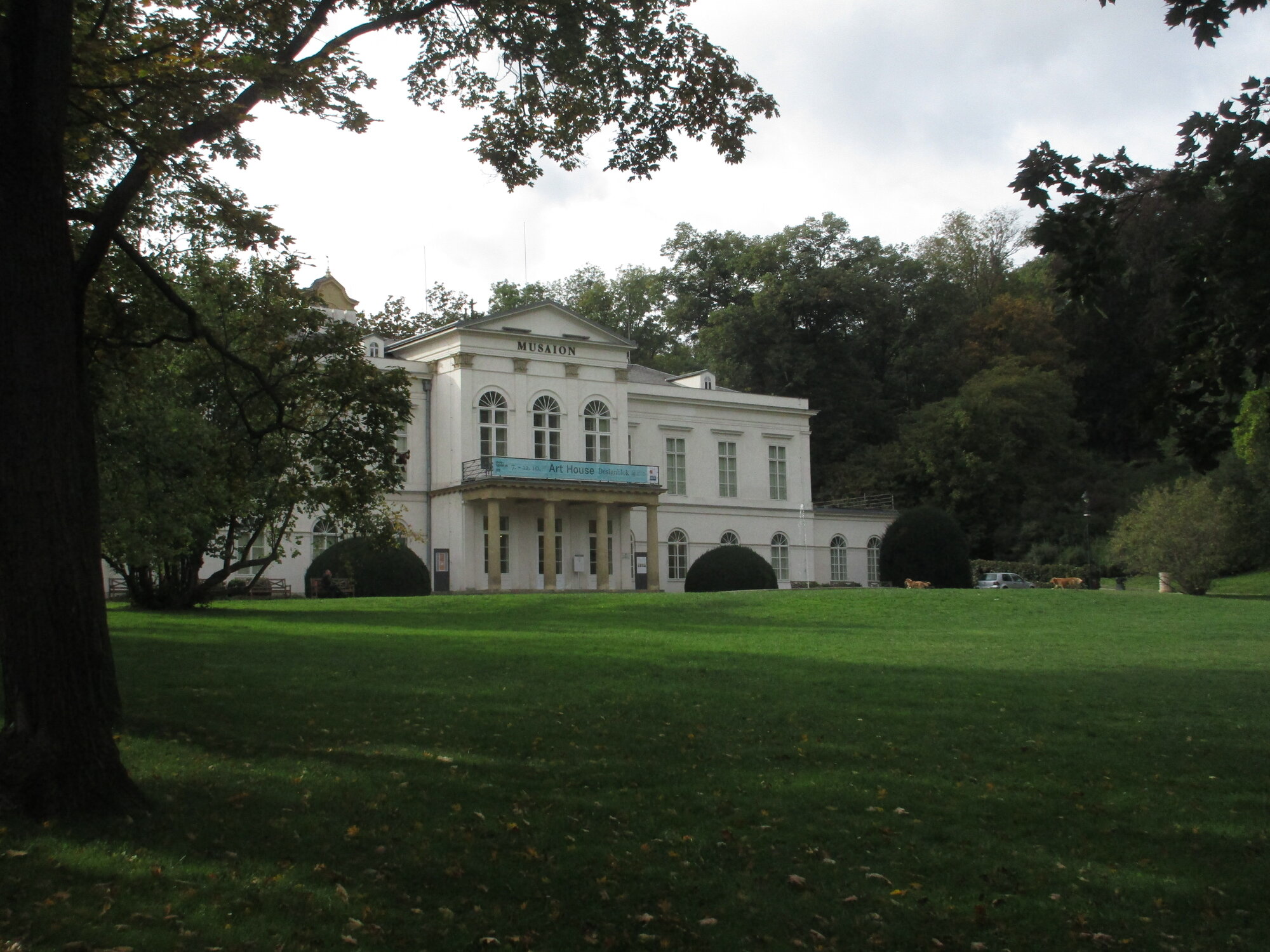 The most curious of these monuments, however, used to be the Orthodox Church of St. Michal. iTwas transferred to Prague from Ruthenia on the occasion of the tenth anniversary of the annexation of this area to the then Czechoslovakia in 1929. This was not the first time the church had moved. It was originally built in the village of Velké Loučky near Mukachevo, but soon moved to the richer village of Medvedovce. The Bojkov-style building was used in Prague for the services of the Orthodox Church. Unfortunately, at the end of October 2020, this curious monument burned down for unknown reasons; we will have to wait a while for a possible restoration. 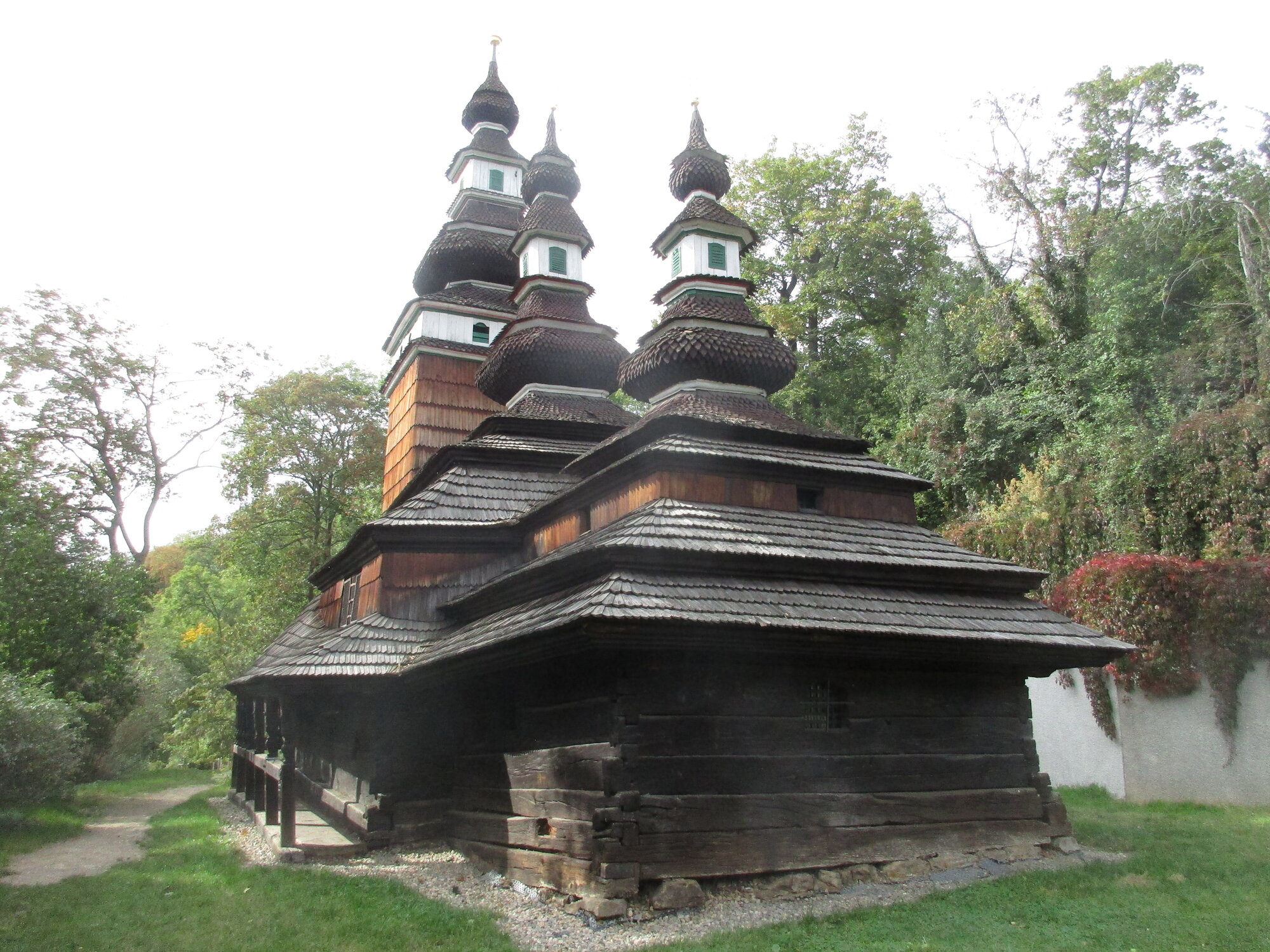 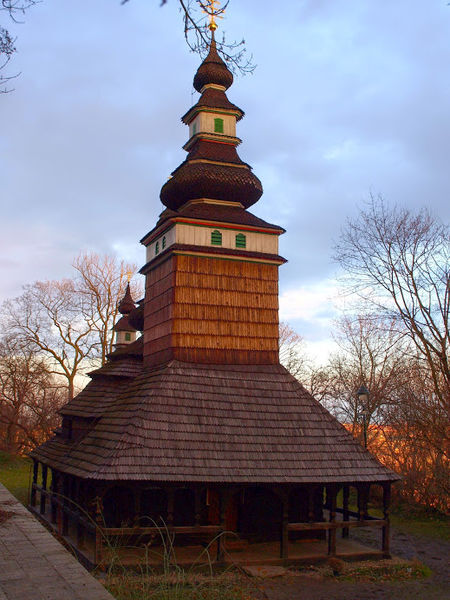 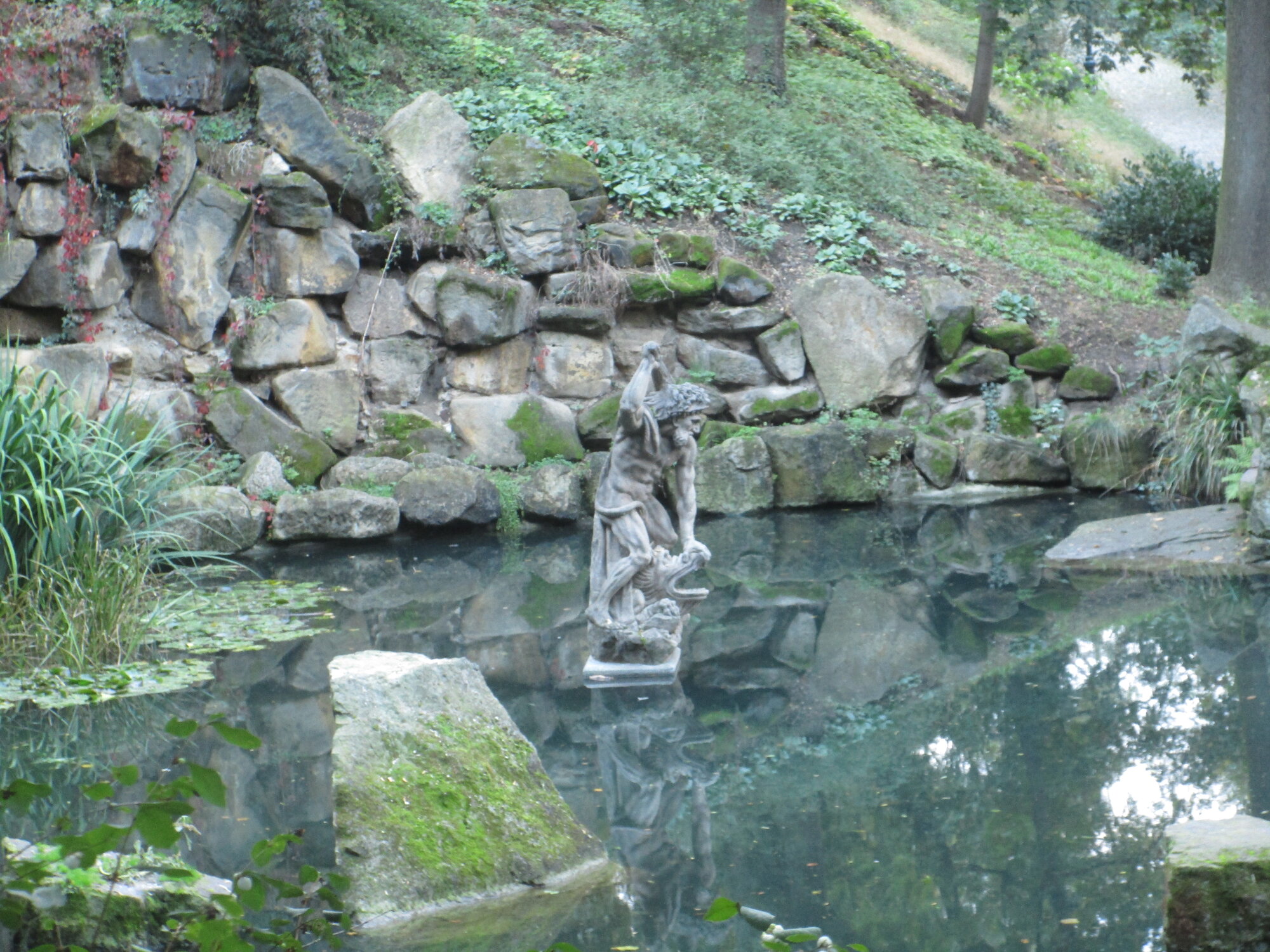 From the church you can go further to the lake with a statue of a sea lion by Jan Lauda, to the natural monument Petřínská skalky or to the Hungry Wall. Or just wandering the winding roads. There are many small monuments in the park, especially various fountains, right next to the summer house there is a statue of the actress Hana Kvapilová made of white marble and by the pond with a sea lion statue there are multiple sundials that were brought here from Smíchov. If you get to the higher parts of the garden, you will probably not miss the remains of the originally Empire-style summer house, which later served as a popular cruise restaurant, but after the fire in 2002 is in ruins. The same fate befell the house near the church of St. Michal, who was inhabited by the administrators of the garden and the summer house. Also worth noting is the building called the Švýcárna at the main entrance. 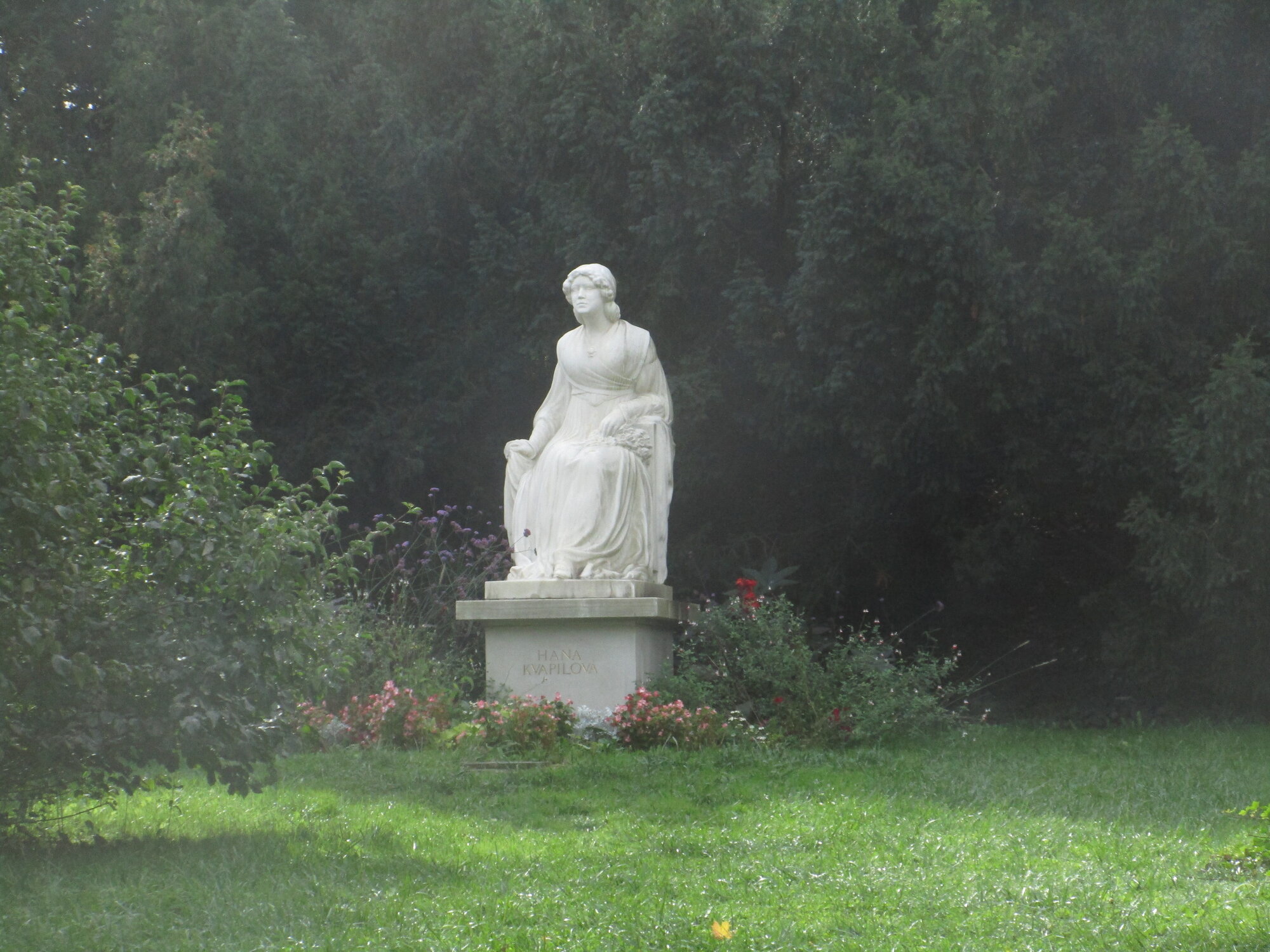 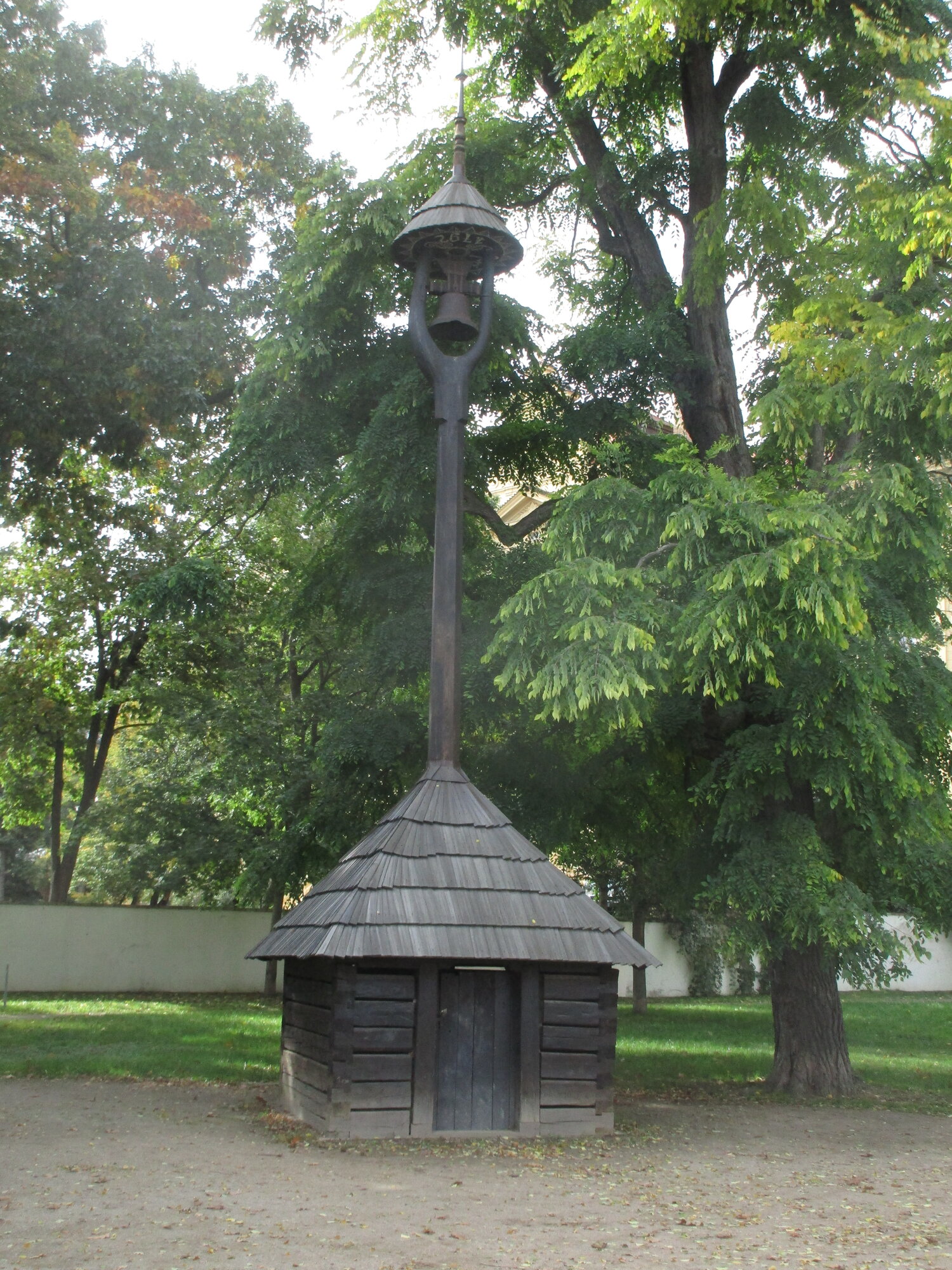 It has already been mentioned that the main entrance to the garden is from Kinský Square. The second gate is located between the Rose Garden and the Strahov dormitories, and if you want to enjoy a walk and not sweat so much, access from the opposite side is a good choice.