en.infoglobe.cz » CZ, Klobouček: Up a Brdy Hill Along a New Nature Trail

The hill is located in the immediate vicinity of the most famous Brdy tourist destinations directly between Třemošná and Tok above the village Obecnice. It is also from Obecnice that its hat-like silhouette is well observable, according to which it also got its name, while from the direction of Toku the hill looks just like a forested terrain wave. The inconspicuous hill is topped by a high and steep rock face that reaches a height of 15 meters at the highest point. Local rock walls are sought by climbers, several trails of varying difficulty are also marked on them. 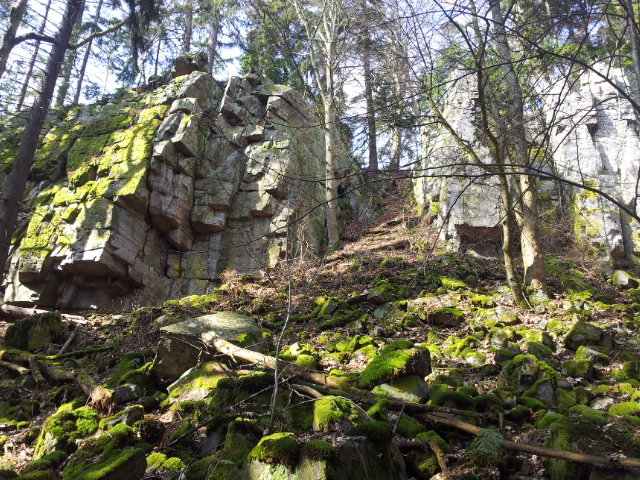 The least challenging is to go to Klobouček from the Octárna reservoir. It is located near Obecnice, from the village leads to asphalt road. Right at the entrance to the dam, a green hiking trail turns left to Klobouček. At the shallow saddle between Tok and Klobouček at the crossroads, the Schůdecká Line then turns into Klobouček. The climb from this side, although longer, but also considerably milder. In addition, you can connect the hike to Klobouček with a visit to the highest Brdy peak - Toku. It is 3.5 kilometers from the crossroads. If you don't want to step up to the Flow, you can at least look at the stone staircase. It is located on the eastern slope of this hill and it is still unknown to what purpose it was built. It is a kilometer from the crossroad. 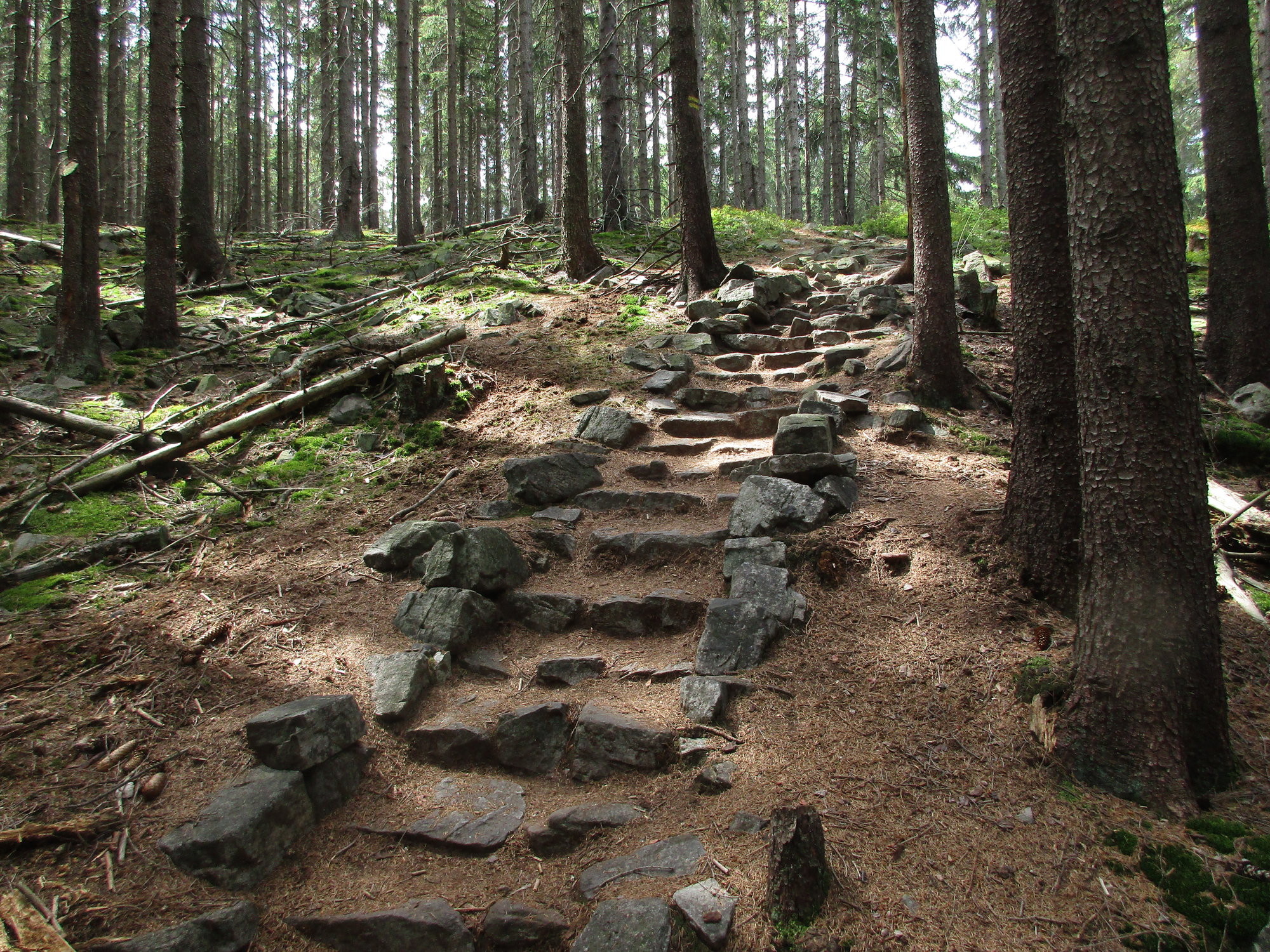 The Lesnická nature trail leads directly from Obecnice to the top. On its route there are several wells and nice rest areas, panels alert visitors to the local history and especially nature. The trail starts at the village square in Obecnice, from where we set out on a forest path. At the first significant crossroads of forest paths we continue along the Green Line path around Jedlová studánka. Then we cross the meadow to the places where there were coal-burning millers, then the road begins to rise sharply between the conglomerate rocks to the top. We return back to Obecnice via the above-mentioned route through the Schůdecká linka crossroad and around Octárna. The route measures a total of 7.5 km, there are 12 stops, but the information panels there are mere 7. 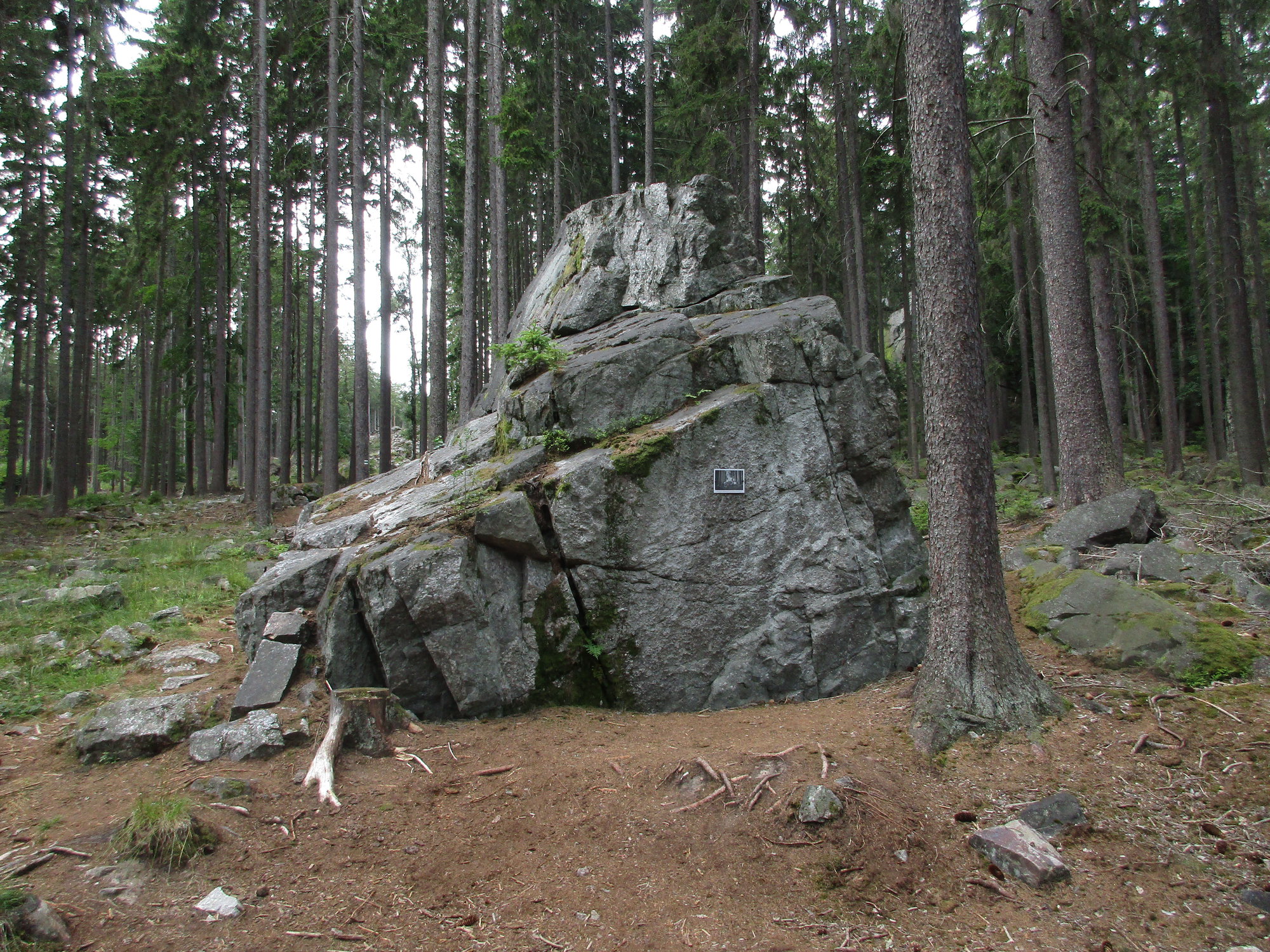 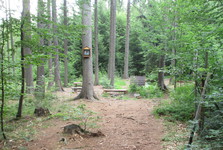 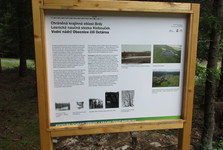 The nature trail Kloboucek is not suitable for cyclists, its trail leads largely along forest paths, and the final climb to the top literally among the rocks. From the rock terrace on the top there is a nice view of nearby Třemošná, Oseč and Lhota near Příbram, in nice weather you can even see the Šumava massif. If you do not feel like going to Klobouček, you can shorten the trail. From the station Louka pod Kloboučkem you can follow the forest path leading along the contour line straight to the well. 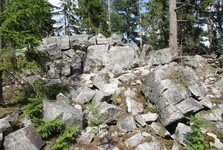 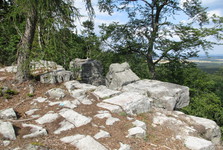