On the kokostezky.cz website, it is also possible to download maps of two circular routes to GPS and set off directly according to them. Unfortunately, there is no marking on the trails, so at times the orientation can be slightly complicated. The shorter route measures less than 35 kilometers and leads through the Kokořínský důl nature reserve mainly through rocky valleys. 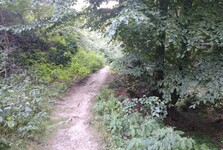 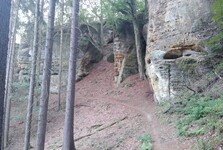 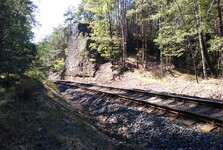 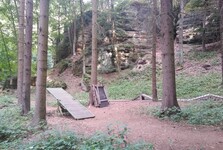 Along the way, you can refresh and bathe in the village of Harasov, where there is a natural swimming pool Harasov. There is paid parking and camping. The alternatives for sleeping are the simpler U Splávku camp and the nice Autocamp Kokořín. Behind the Harasov swimming pool, the trail again climbs through the forest to the rocks and continues through Janova Ves to the village of Kokořín. Not far behind it is the Kokořín castle from 1320, whose massive lookout tower is the only one visible from the surroundings, otherwise it is completely hidden in the forest. The fairy tale The Princess with the Golden Star was filmed here. 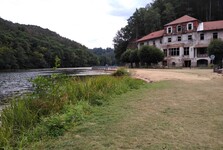 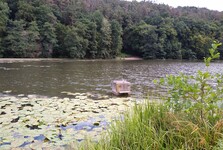 A little further on is the rock castle of Nedama, of which only the staircase, the remains of an excavated room and a nice view have been preserved. The trail continues to the village of Jestřebice and then slowly leans towards Mšeno and back to the Kokořín mine.

The longer journey is approximately 50-57 kilometers, depending on where you decide to leave. The circular and shorter variant then starts ideally in the village of Ráj and leads along the road towards Příbohy, from where it plunges into the forest. Between the Uhelný, Drnclík and Kuželík hills, it continues to Houska Castle. This originally Gothic castle dates from the 13th century and was founded by Přemysl Otakar II, but was later rebuilt into a Renaissance chateau. The interior of the chateau is especially interesting, for example the Green Room with historical paintings. 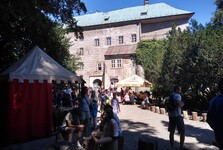 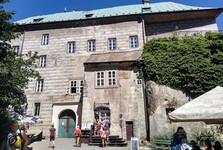 Through the villages of Kruh and Žďár, the journey continues to another famous castle, which is Bezděz. This Gothic castle was rebuilt by Přemysl Otakar II. King Wenceslas II was imprisoned here. and his mother Kunhuta. Later, the castle was owned by the lords of Dubá, Emperor Charles IV, his son, but also Albrecht of Wallenstein and many others. Today it is managed by the National Monuments Institute and is open to the public. 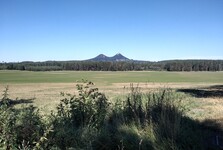 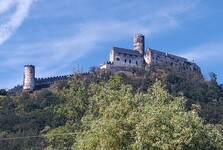 The route continues less than 5 kilometers to the town of Doksy, behind which is the famous Macha Lake, a pond founded in the 14th century by Charles IV. Karel Hynek Mácha, who liked to stay here, was also popular. Today, Macha Lake is an ideal place for summer recreation for both families with children and young people. At the edge of the lake in Staré Splavy, the route turns and between the rocks in the woods it gradually returns to the starting point to Paradise.