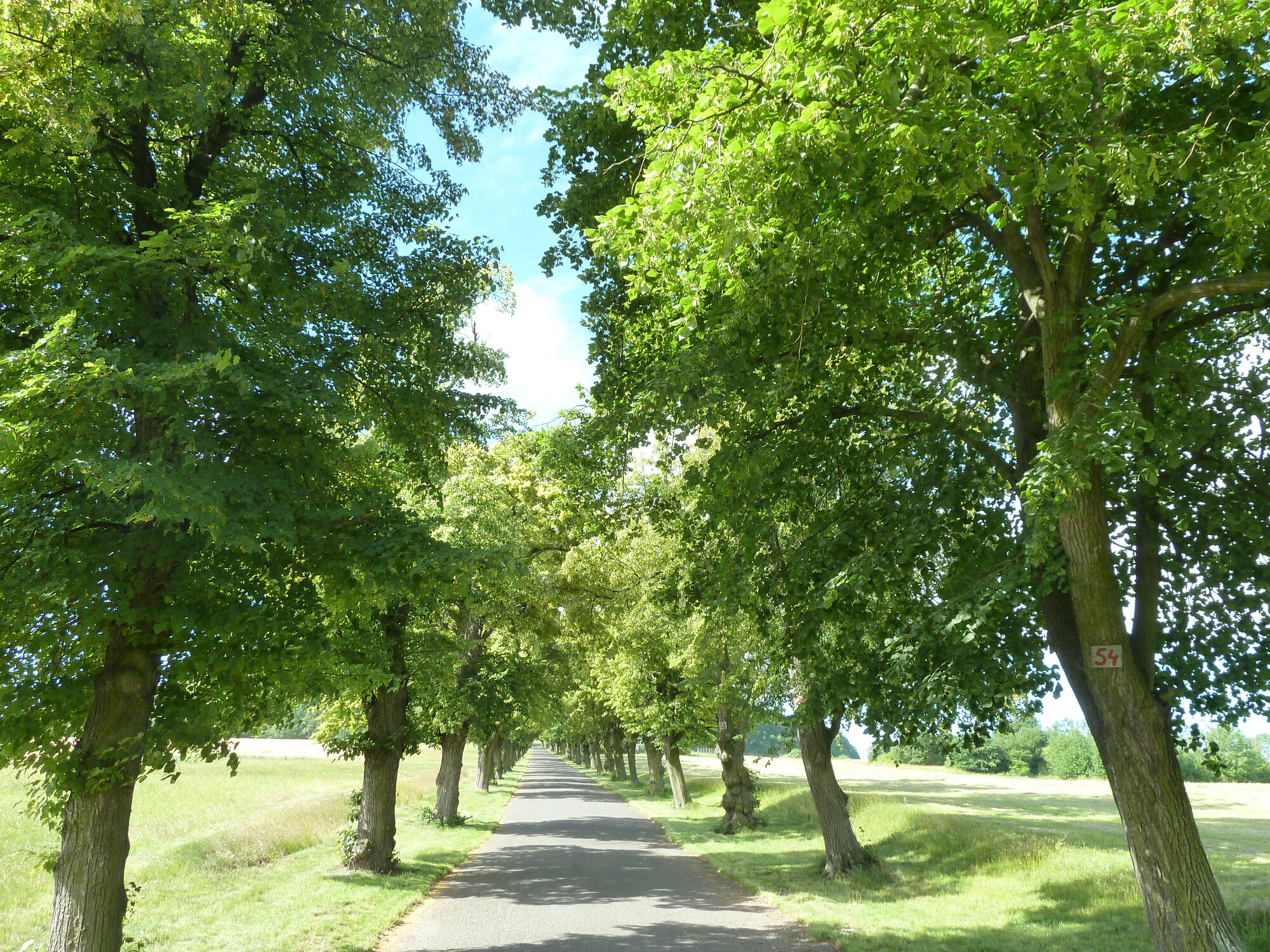 One of the symbols of the Czech nation is Mount Říp, in the vicinity of which, according to legend, the first Slavs settled. The goal of their pilgrimage led by their ancestor Čech was to find a new homeland for themselves. So we follow in the footsteps of the ancestor and climb the tree alley slightly along the asphalt road that leads to the foot. It is no coincidence that the tree line is formed by linden trees, another symbol of Czech statehood. 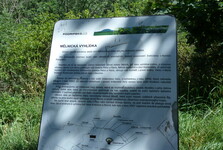 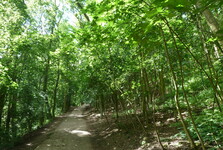 In the forest part, the comfortable terrain and the ascent change, so you will be happy when you relax on a bench at the Mělnická viewpoint. The view will give you the royal town of Mělník, which gave the lookout its name, and the silhouette of the chateau with the adjoining tower of the Church of Peter and Paul. On the left is Vrátenská mountain with a lookout tower, Bezděz castle and in the background Vrátenská mountain. 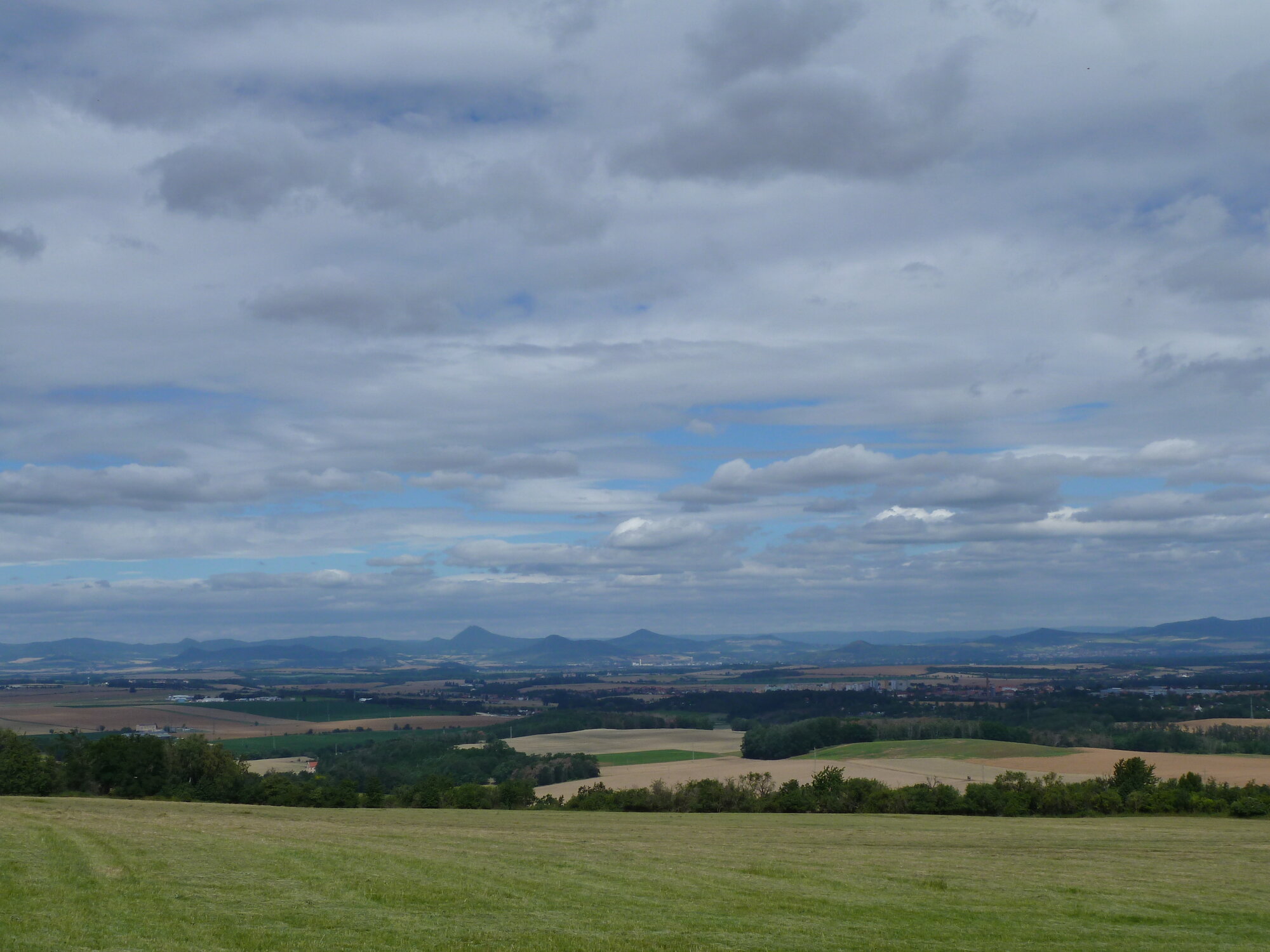 The ascent continues along a forest stony path to the top (455 m above sea level). But don't expect a pointed peak, from a distance the Mount Říp resembles the shape of a hat, on the flat top of which there are buildings. One of them is the oldest preserved building in Bohemia - a Romanesque rotunda dedicated to Saints George and Adalbert. There is also an annual pilgrimage to it every Sunday before the feast of St. Jiří. In addition to services, the rotunda is open to visitors for CZK 60 at the time of opening. The Romanesque building was built on the highest point of the Říp mountain in 1126 (on the site of the original wooden church) as a memorial to the victorious battle of Prince Soběslav I over the German king in the battle of Chlumec.mátka vítězné bitvy knížete Soběslava I. nad německým králem v bitvě u Chlumce. 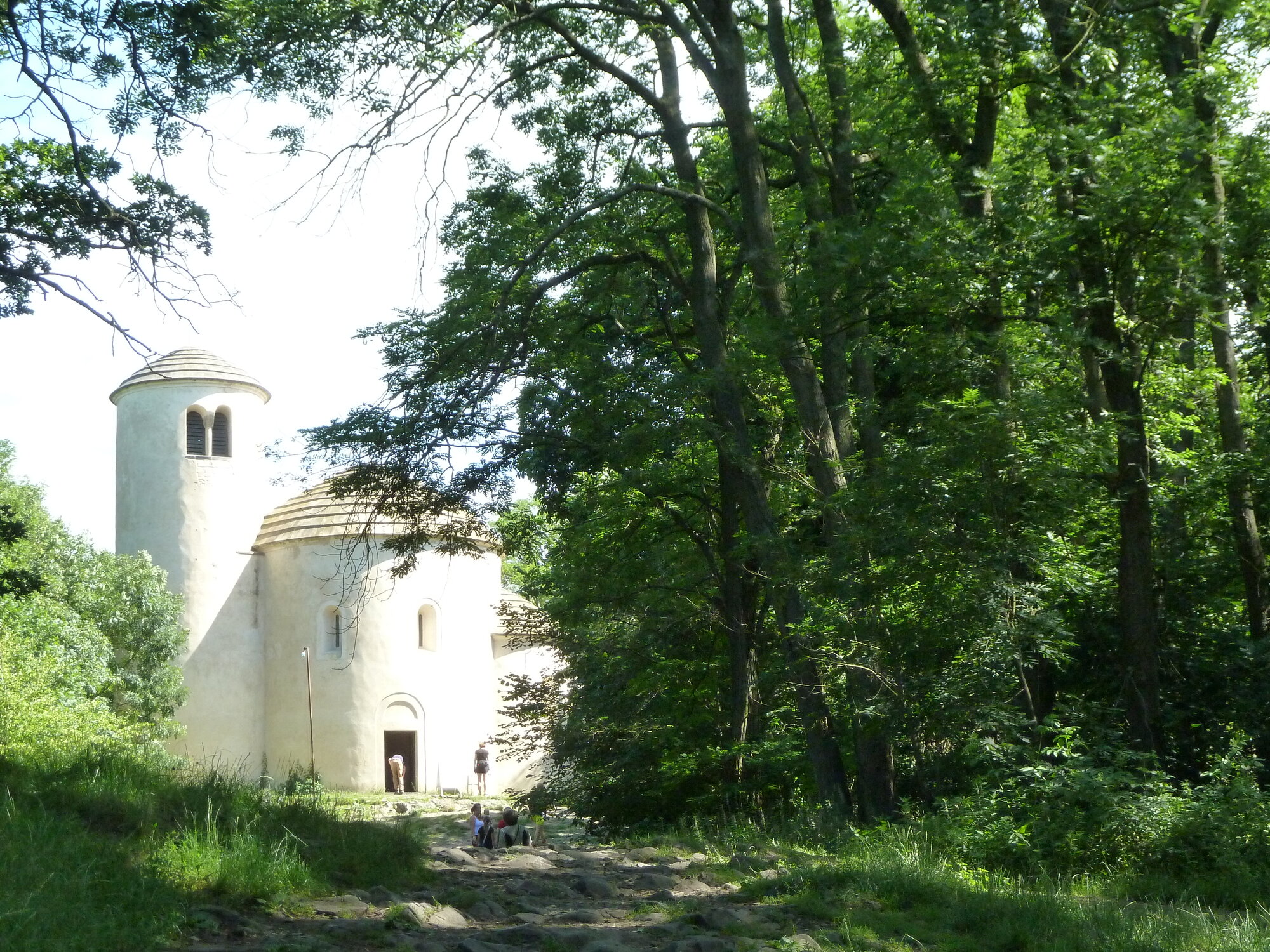 The second building at the top is the tourist cottage Říp, where in addition to buying souvenirs, you can get food and drinks from local ingredients. The operators consider Říp to be an important place, so they try to keep the buildings, the hill and the surroundings in a dignified condition, for which they deserve a big thank you. 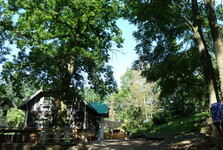 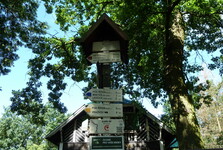 After a tour of the rotunda, don't forget to follow the blue sign to the Prague Viewpoint. With good visibility you will see the dominants of Prague, such as the Church of St. Víta, to the right of it the Brdy and forests of Křivoklátsko. Just below Řípem is the ancient village of Vražkov, where there is a train station and the beginning of a yellow tourist sign leading to the top from the opposite side. The view is closed by the old Czech village of Ctiněves, where, according to the chronicle, is the grave of the ancestor of Bohemia. But it was never discovered by archaeologists. 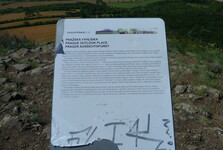 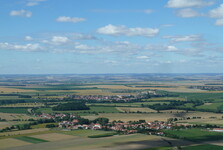 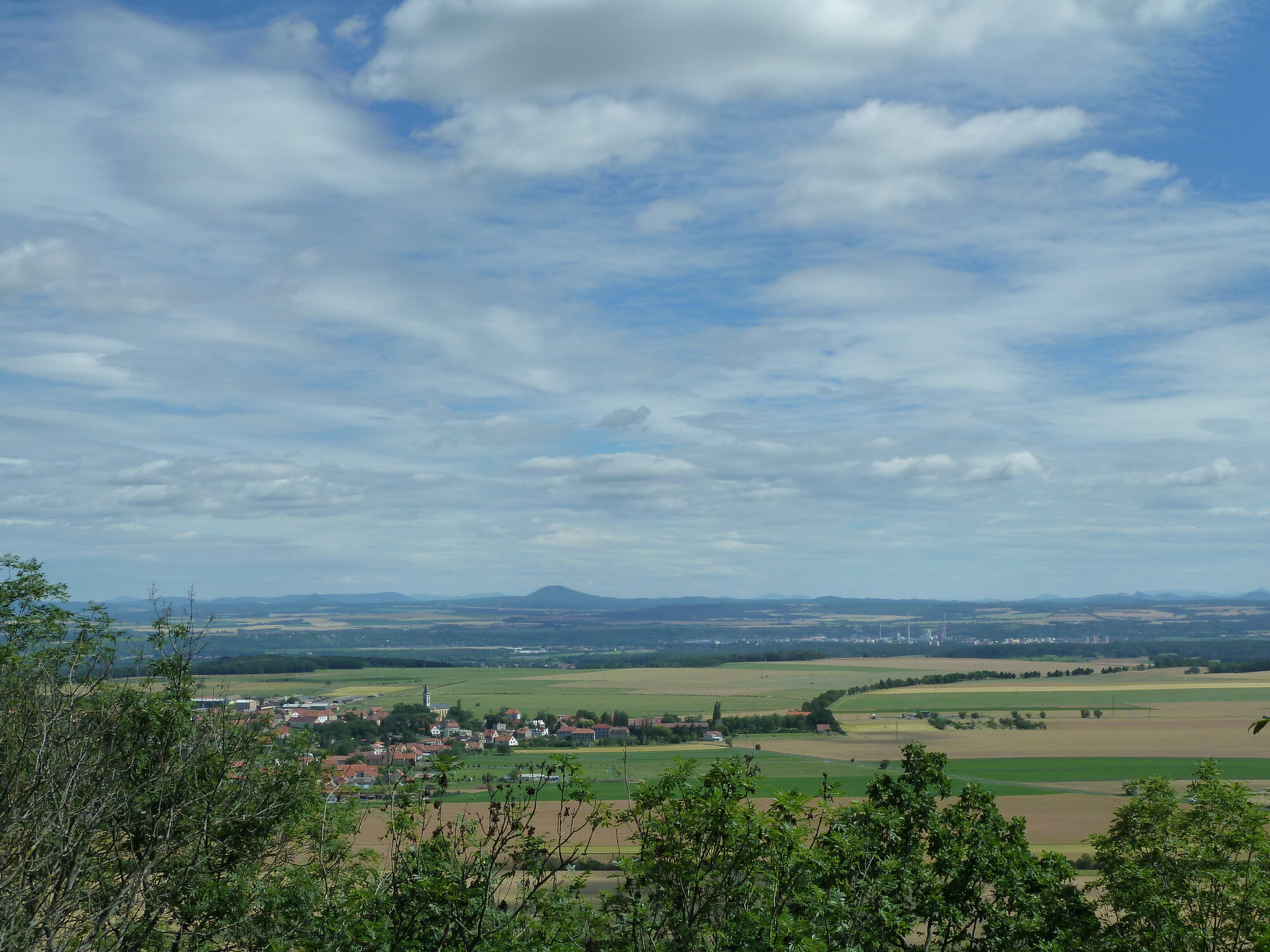 Originally a bare and unforested igneous mountain from the Tertiary period, Mount Říp has over time become a memorable place for pilgrimages, a camp of people, inspiration for painters and poets, home to local fauna and thermophilic flora - a state nature reserve, a place where the foundation stone comes from building of the National Theater in Prague. 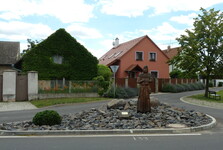 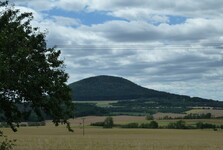