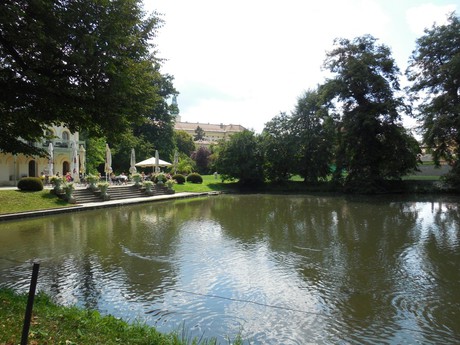 We start to getting to know it by learning about its history. Podzamecka garden was founded in 1509. By expanding it and landscaping it resulted in creating a garden covering 60 hectares. To make dozens of kilometers of trails easier to cover, we recommend you to make use of chateau's train. It gets you through most of the garden in several minutes. If you intend to enjoy the garden fully, better walk it. However, this can easily take you an entire day to finish. 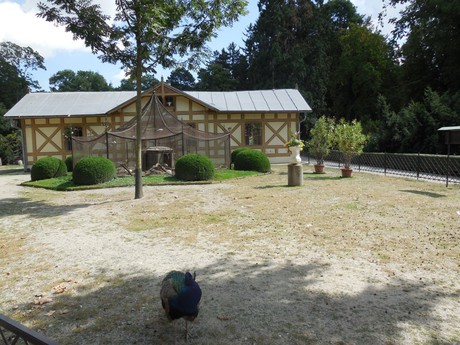 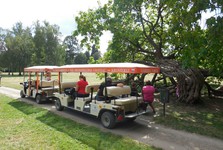 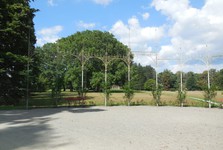 Unfortunately, we had not that much time at our disposal. So, we stormed through the garden. Originally a garden where vegetables and fruits were grown was changed in the 17th century into an amazing baroque garden which was joined with Archbishopric chateau.  What you can see today is an English-romanticism stylish landscape park which originates in the 19th century. One side of the park borders with the chateau, on the other side with the Morava River. 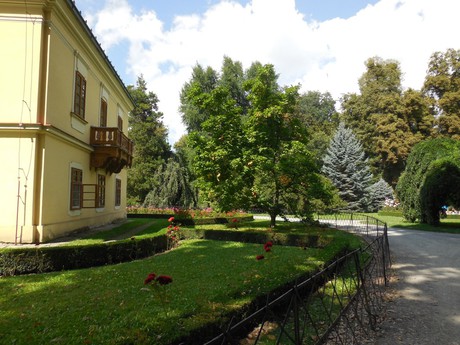 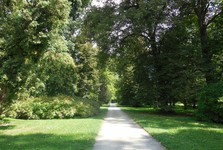 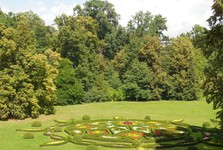 While walking in the park we enjoyed over 200 different tree species, rivuletes crossing paths with pavements, ponds with fish, and blossoming meadows. There were some small structures such as colonades, several pavillions, or statues. The garden is home to several animals who are bred or simply live there. Don't be surprised to see hoofed animals, exotic birds, or primates. The park is open all year round in during opening hours. However, the park is closed in windy or rainy weather. 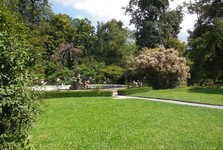 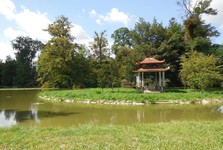 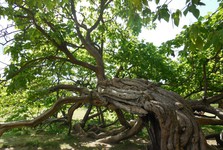 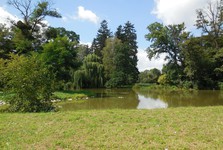 After about an hour of exploration of this amazing garden we quickly returned to another amazing sight of Kromeriz - Kvetna garden. We intended to join the last guided tour of the day. 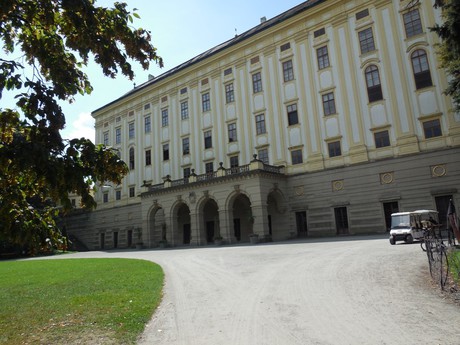 So, by crossing Velke square, Janska street, Milicovo square, and Miru sqaure we reached Generala Svobody street. The street leads to the main entrance of Kvetna garden which is listed under UNESCO. On the crossroad with Smetanova street, we were interested by the massive building of Vrchnostenska grainery. It is located in what originally was suburbs of Novosady - an independent village under the administration of the bishop until 1849. The grandiose building was finished in 1724 (some sources claim even in 1711). Its portal has an amazing baroque gable with a memorial panel. Renovated, three-story building has been used the same way ever since it was built. 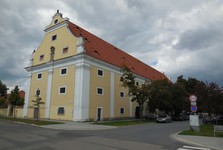 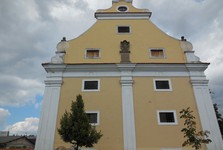 Upon a short break, we continue on. We are really close to the symbol of the town and the pride of the Czech Republic - Květné zahrady, o jejíž návštěvě si více řekneme už za týden.