Today we present you the beauty and the exceptionality of it. This was what stood behind the reason to put it on UNESCO World Heritage List. Let's begin with a 1840 classicist building. Its so called frontgarden is decorated with flower style ornaments. Tickets are sold inside this amazing buildings as well as various souvenirs. You can even see a scale-model of the garden. Information boards with garden's history are hanging on the walls. Moreover, there are modern communication devices such as electronic kiosks surrounded mostly by foreign visitors as there are facts in different world languages. 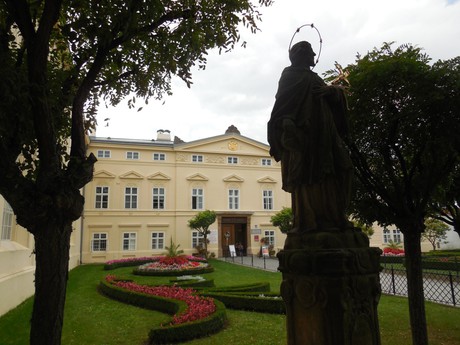 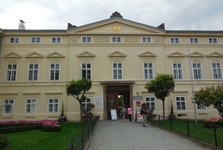 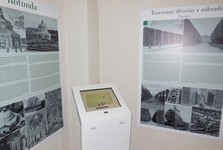 The flower garden had been built for decades on swampy terrain which was by order of the bishop of Lichtenstein dried. The garden was founded in 1655, soon after the Thirty Years' war. First, it was called the Garden of Eden, later the Moravian Garden, and then "Libosad." During its constructuion, Italian and Dutch style gardens were set as the examples to reach. However, gradually it adjusted to then modern French-style orchard. Its one side is lined with a 244-meter colonnade with the entrance in its middle. Inside, there are 44 statues representing Greek and Roman gods. In the front, there are busts of several important philosophers and other important figures. This art gallery is one of the most distinct features of the garden. It will amaze you. Interestingly, when you stand at one end of the colonnade you can hear people talking at its other end. This is due to the so called the Ear of Dionysus. Beware of what you talk about. 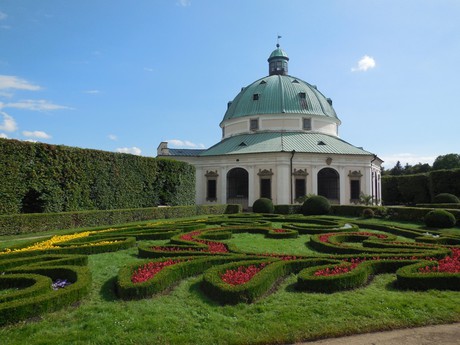 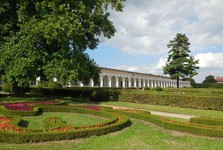 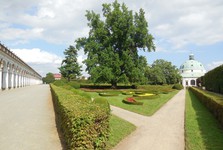 However, the Baroque-style rotunda, which is in the middle of the garden, is no less interesting. It is richly decorated with statues, frescoes, and stuccoes make it interesting. The Foucault pendulum is inside the rotunda proving that the Earth spins around its axis. It is one of the fourt such pendulums in the world. Moreover, there are artificial caves, and waterworks for bishop's entertainment. Why you ask? He liked to "water" his guests to amuse himself while they were exploring the caves. Therefore, the rotund is called the "house of jests".  Geometrically accurate alleys run from the rotund to all directions. This symbolizes the absolutism - reign of the ruler over the nature. 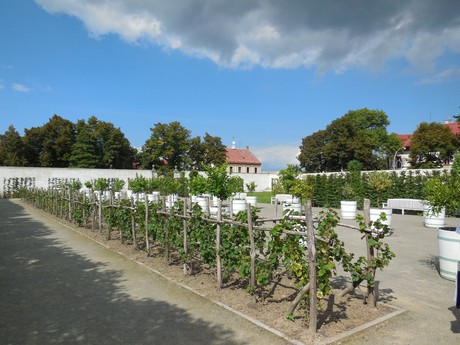 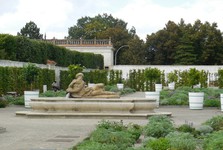 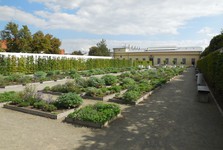 Thanks to the examples of work by Matej Vischer we can observe the look of Kvetna garden before its completion in 1691. The shape of the park you can see today comes from the mid-19th century. Every year new parts of the park are opened to the public. 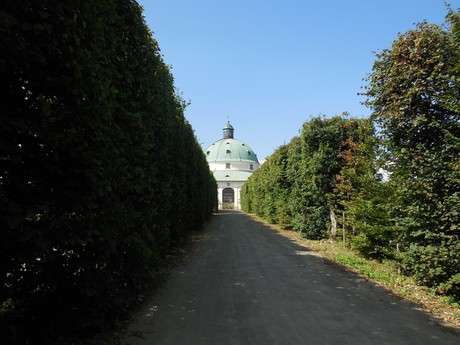 The guid took us through the garden. We walked by beds with flowers and herbs, we saw orangery, labyrinths, beautiful pathways lined by high hornbeam trees, and strange elevated areas (strawberry fields) which gave us splendid vistas. These were also the last stop on of our tour. Also, we encountered a rabbit hill where rabbits were bred; a huge aviary surrounded by water surface. What else did we find intresting was uneven terrain of the garden. You realize this only once you notice stairs comming from the lake. There are more of them on the one and than on the other. Thanks to gradual lowering of the terrian and great architecture you won't actually feel it. Also, fountains were quite extraordinary. They made the air more humid. In addition, they added to the splendidness of the place. 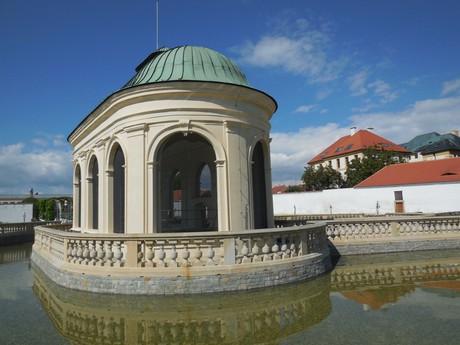 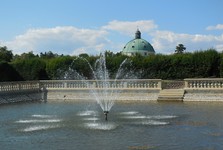 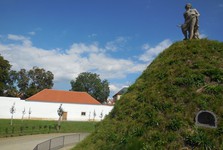 At the end, we walked up narrow staircase up to the colonnade. There is a terrace stretching along its entirety. The bird's eye panoramatic scenic vista is simply undescribable. Only now the beautifuly geometry of individual garden features came into the fore. 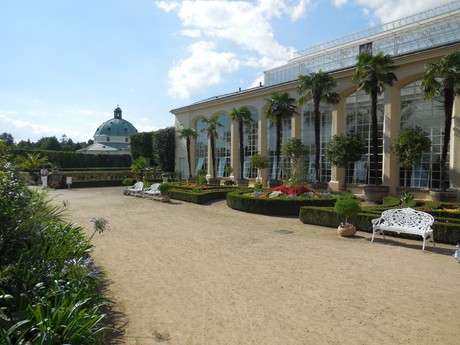 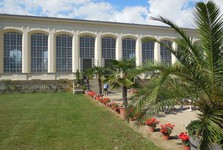 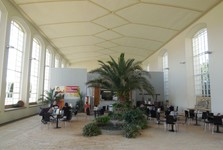 When going back towards the building at the entrance, we walked by huge greenhouses to which are exotic plants stored for the winter. In summer, the greenhouses are place of cultural or social events. 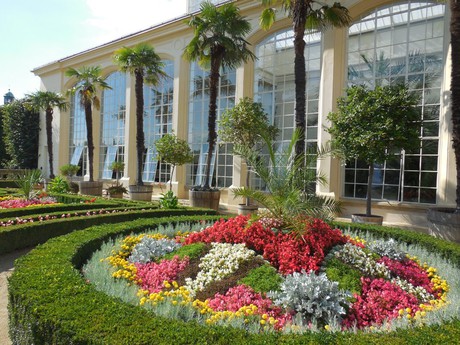 This example of unique European park style symbolizes later Renaissance Italian gardens which is in symbiosis with French-style gardens as in Versailles. This was the true icing on a cake for us.  Kromeriz is really an exceptional city worth more than just one visit. 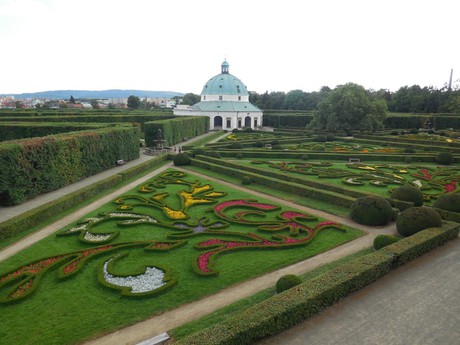