CZ: Ledec nad Sazavou – Ancient Residence in the Middle of the Map

Published: 6.6.2014
Paddlers know this small town on the Sazava. When they travel through this place, they have the wildest part of the river behind them. Its called Stvoridla and Slunezni Zatoka, the place where popular Czech novel Rychle Sipy took place. Perhaps there they landed to dry out their boats and enjoyed melancholy related to the novel. 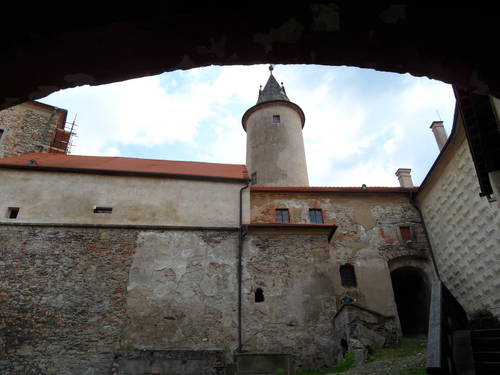 Further, the current is more calm and allows paddlers to enjoy local nature: forest that somewhere reaches the water. On the other side is a steep shore on the other side there is a railway of the Sazava Pacific. The train rides there really slowly. It emerges from inside the tunnel and let everybody know its there with large noise. Right after next turn it, however, forces paddlers to till their heads back in order to see Ledecky Castle. On a steep rock looming over the river, there is the castle that used to guard medieval market road. It is an old aristocratic residence that is attracts people passing by to visit it. 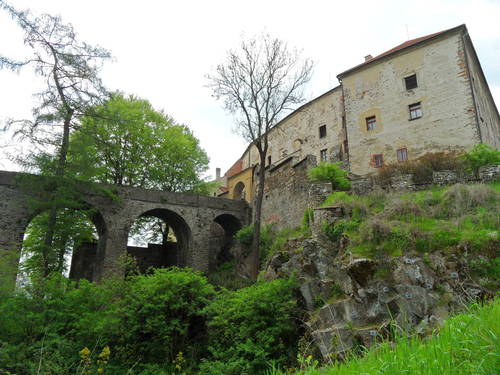 Those who will not arrive by boat maybe would choose a new three kilometer bicycle trail leading there from Slunecni Zatoka. Or maybe they arrive on foot and thus use local tourist trails. 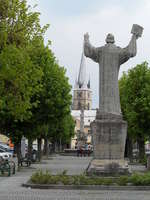 Tourists from Ledec marked trails there already in 1898! On the left bank there is a crossroad located on Husovo Square. 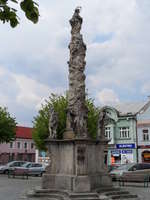 Look around on old houses surrounding the square. Do you see a Renaissance oriel? Except for Jan Hus statue also note local monument – the Marian sculptural group. The Marian column is located there since the second half of the 18th century. It was built there to protect locals from plagues. Small angels elevate the Virgin Mary statue. The edges of te statue consist of Czech patrons: St Wenceslas, St Vojtech, St John of Nepomuk and St Florian. If you pass by the Hus memorial, you will get to the Jewish cemetery. Except for Sundays it is open to the public. It is well maintained, the morgue is renovated. The oldest gravestone has been standing there since 1679. People had been buried there until the second world war. 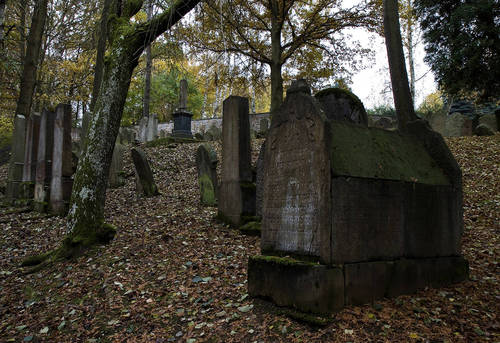 From there the Septouchov park is within reach. Rocks beneath Septouchov even hide a system of karst caves, however, inaccessible yet. A short walk via the stairs take you on a beautiful platform from where you can see the town and the river. 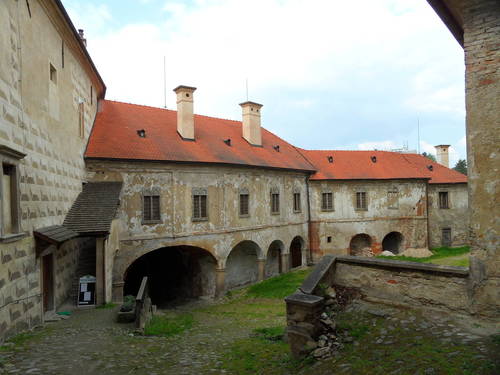 Do not forge the biggest attraction. You can get there from Hus square across a bridge until you reach one of the two castle gates. The core of the castle consists of early Gothic round tower that is 32 meters high. The tower is open to the public. If you climb on it, you will enjoy the view of distant landscape. There is a small palace adjacent to the tower. In its north wing, the Town Museum is accessible on the ground floor. Both yards are lined with originally Gothic buildings (the first mention of the castle dates to the mid-13th century). The buldings were later rebuilt in Renaissance and than in Baroque style. 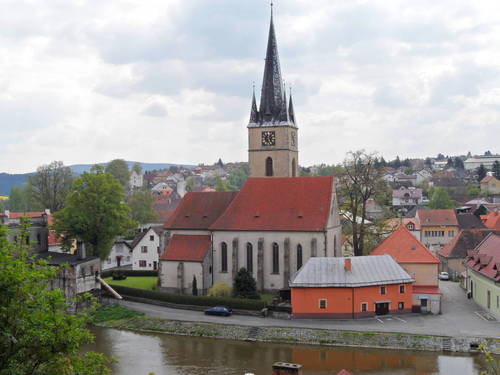 On both yards there are two fountains dating to the 17th century. What you wouldn’t see elsewhere? Buy a ticket in the museum and join the guided tour castle raffers. From there you can peek into the castle interiors. There broken floors of castle palaces wait for their renovation. A unique experience until somebody reconstruct it. Do not hesitate! 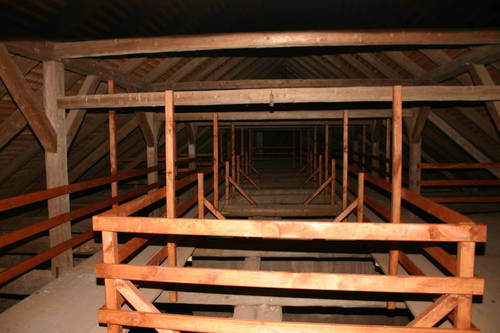 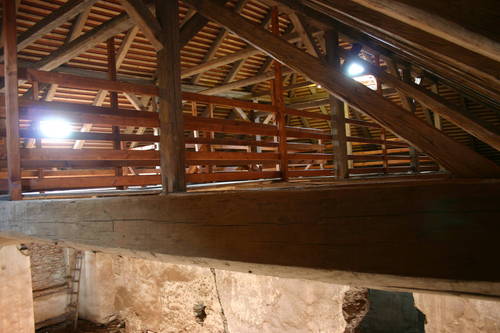 If you get in the boat after a walk in Ledec, allow us to recommend you one more stop. It is 6 kilometers away in Chrenovice. You can get there along the red trail or via the aforementioned train to „Chrenovicke podhradi“ stop. There is a picturesque ruin of once a large castle that Is older that one in Ledec. Also, a round 19 meters round tower is preserved there. Once it was accessible only from a terrace. Today the entrance is on the terrain level. Do not hurry. It is beautiful here! 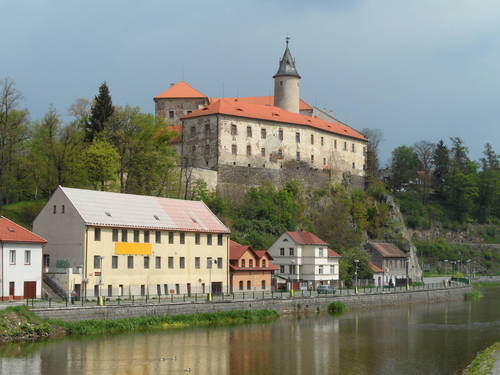 Published: 17.6.2021
The Sedlice waterworks is a dam reservoir located on the Želivka river near Humpolec in the Vysočina region, specifically below the confluence of the Hejlovka and Jankovský streams. The described area belongs to the geomorphological area Českomoravská vrchovina, district Humpolecká and Želivská pahorkatina. From a geomorphological point of view, the valley of the Želivka River has an erosive character, in some places accumulative-erosive, which means that in some parts of the river, washed-out material accumulates. The valley is medium deep with a narrow floodplain.