If not for a swimming pool, Lulec would be one of many ordinary villages in the area. Still, it offers much more than just a rest by the water. Perhaps the best way to get around is the newly opened nature trail, which brings to history, sights and natural sights. 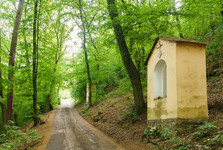 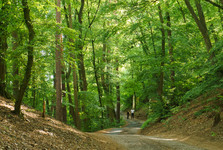 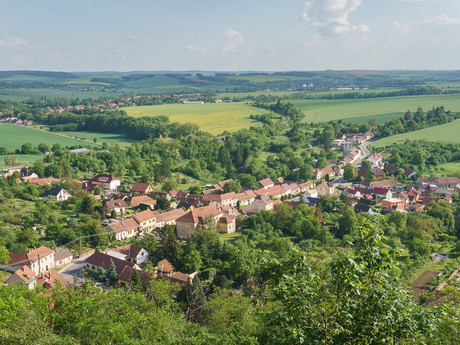 The most interesting part of the trail leads you to the parish church of St. Martin which was built in the year 1715 and is visible from the far side thanks to the position high on the hill. The church is one of the most recognizable landmarks in Lulec. Short hike uphill rewrds you with a vista in the direction of Brno. The local site is called "Liliova hora" and formerly there was a medieval castle and a chapel. In addition, archaeological research found that people have settled a hill much earlier, settlements and castles have been created in the Prehistoric era. 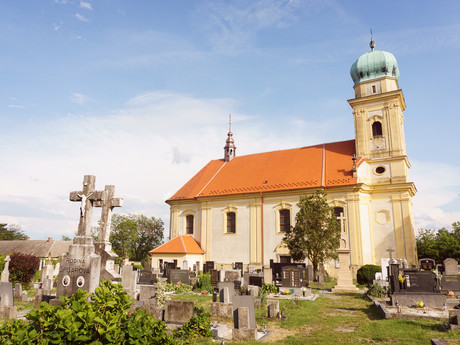 Directly in the village you can also find the small church of St. Isidore, also built in the first half of the 18th century. Right next to it there is local Roman Catholic Church pastoral center. In front of the church you will also see the statue of St. John of Nepomuk. 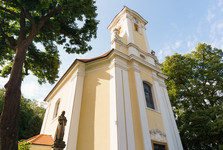 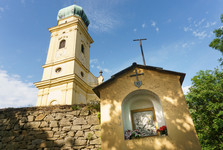 And why should you go to the swimming pool in Lulec? It is a paradise for all who do not like the classic chlorine pools or ponds or dams. Unlike the flooded quarry in nearby Blansko, you will find everything what should be in such ap lace. Changing rooms, restrooms, refreshment stalls, three grassy beaches, a volleyball court, a paddling pool for children and a slide. Just be careful, the depth at the quarry reaches up to 14 meters, so little children need to be really careful there. 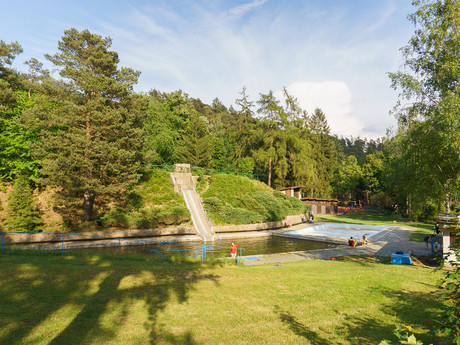 The swimming pool U Libuse was built on the site of a former quarry, when a strong spring sprang up unexpectedly in the summer of 1935. In three days, the entire quarry was flooded, and even mining equipment was not saved.