Published: 12.11.2015
National Museum’s depositories are rich on items. When they are open they let us to see the remnants of distant pass, distant lands, and troublesome journeys. “The Chinese Empire” is a new exhibition at Naprstkovo Museum that brings you China between the years 200 to 1650 AD.

„Middle Kingdom“ is the name that has been used from the antiquity and marked the area ruled by the Chinese empire. It is a realm geographically so vast, self-sustaining, and independent that it considered itself unconquerable. Can you guess what paper, cast iron, gun powder, book printing, china, silk, and compass have in common? Yes, these all are Chinese inventions which came to Europe along the Silk Road . Evidence for vibrant trade between Europe and China in the Middle-Ages was found even in Prague. The item founded here – a china bowl – is displayed at the museum. 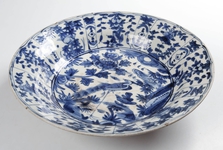 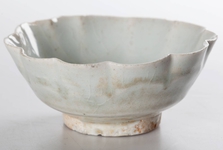 The cultures influenced one another. Chinese society had been undergoind significant changes. For instance, Buddhism was introduced to China and tody I tis one of the three main still living religions (the others are Confucianism and Taoism). The most precious item at the exhibition is one of the Top 10 most precious items in the National Museum collections . We talk about the Bodhisattva of Boundless Compassion , a 34-centimeter tall wooden figure, one of the most popular deities. She gave up her effort to reach enlightenment. Instead she decided to help others to reach it. She is portrayed as a beautiful lady. You would probably compare her to the Virgin Mary. Other items at the exhibition are tomb figures such as people, animals (or mystical animals that guard a tomb), or items believed to be of utility for its owner after death.

Two silk paintings introduce you life in China prior to 1550 BCE. 10 m long scroll „Peace reign over the river “, a 10-meter silk scroll, pictures the world of men – trade and travel. The other scroll is 8.5 long portrayal of scenes from the women part of the palace „Spring at the Chan Palace “. The portrayals are rich on details – clothes, weapons, animals, boats, antiquities, art, doctor’s office, typist workshop etc. The scroll on Tao Yuanming’s life during the era of Six dynasties (around 400 AD). He was admired for his choice to live in poverty instead of being a bureaucrat serving a regime he didn’t agree with. You can enjoy his text Return to the Field at home through the museum application. 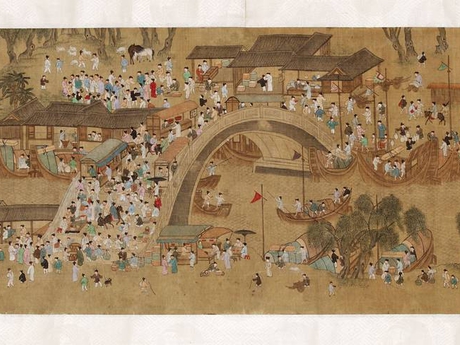 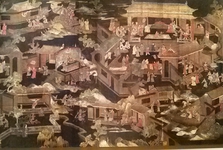 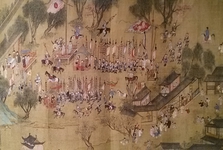 The best way to understand the then society is to see some of the lives of concrete people. Short descriptions of their lives or problem of fictional children figures serve as a great way to imagine how Chinese lived then. It also amuses the youngest of visitors. Li Yuan is a well educated boy who grew up in a rich family. Borte is a daughter of a Mongolian raider, and Heshang a young Buddhist monk. Children can fill out a work sheet when going through the exhibition. There are QR codes accompanied with a smartphone app which serve as another tool to expand your knowledge on contemporary China. 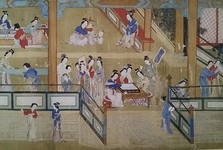 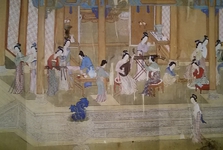 Last but not least, Naprstek Museum holds a serie of lectures and workshop. 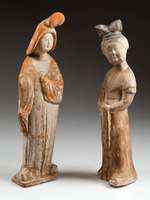 Chinese nature, traditional culture, rich history still spark interest. We cannot fully get to know it in our lifetime but at an exhibition like this China will enchant you.

Published: 12.9.2015
Dali 大理 je belongs to the Pai 白 minority. At the first glimpse you realize the city feels differently than Han 汉 (i.e. ethnic Chinese) cities. Once we accommodated ourselves, we walked in the streets surrounding our hostel. Somehow we managed to find rooms in an area where were no foreign or Chinese tourists. A pleasant change.

China: Studies – Dali: Get Out of My Way

Published: 19.9.2015
Dali 大理, a town in south Chinese Yunan 云南, woke us up to cold sunny morning everyday. Unlike hot and busy city this one was a nice change. We had enough space so we didn’t have to jump from bikers, bicyclers transporting all kinds of goods, furious car and bus drivers, and other perils in the streets.

China: Studies – Lijiang: A Secluded Place at the Lake

Published: 26.9.2015
Our time of departure from Dali 大理 had come. We still liked the place thanks to nice house-lady, her father and their gigantic pup even after several days. We took our backpacks and set off to a bus stop.

Published: 5.9.2015
After couple of days in Kunming 昆明 , the time had come to move on from the city of “eternal spring”. Our next goal was Da-li 大理, a much smaller town in the Yunnan province 云南 (like Kunming, Da-li is also the capital of its province).