We didn’t hesitate for a second and set off towards it right away. About half-a-kilometer from the car park (at Suchy Zleb’s edge) there is an administrative building and an office box. There we bought our tickets. Only couple of meters from there took us to observe a rocky Gothic portal , an actual entrance to the cave. However, before entering the cave we had read some texts. We had learned the cave is a part of an old outlet cave Traces of water and water erosion only confirm that. The cave was opened in 1910. The cave is year-round opened except for in December. It was discovered by professor Karl Absolon’s working group in 1909. We had entered in with many expectations. 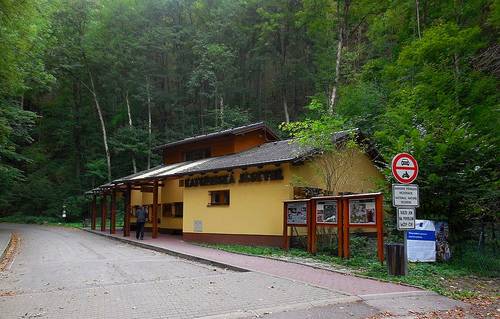 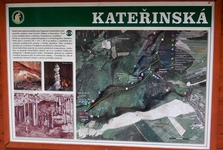 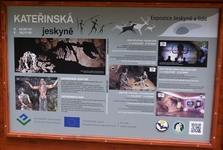 We had moved through a short corridor in the rock to the Main hall of the cave. It is the largest inner cave space in the Moravian Karst. At the same time, it is the largest underground dome opened to the public in the Czech Republic . It is 95 meters long, 20 meters high and 44 meters wide. There are, however, only several dripstones. Accumulated cave matter in the middle of the sightseeing trail, cave bear models, and lightning this experience was fascinating. And it got even better when the guide turned off the lights and played bear roar and a music after that. Lights went on and off in rhytm which created beautiful background. Excellent acoustics is why there are couple of musical performances every year. We saw small pieces of glass attached at cracks on rock walls. These are to show if rock are about to crumble due to movement. As none of the glasses had a crack on it we didn’t worry at all. 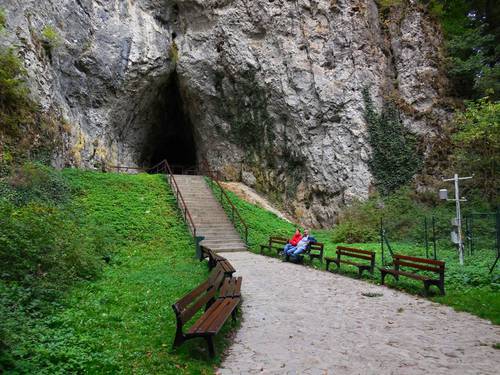 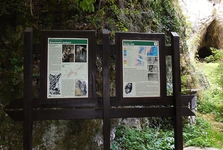 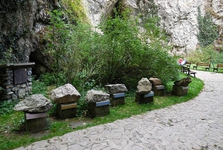 We left the Main dome for the New Cave ,. There we saw the symbol of this natural creation. It is the formation known as “The Witches” lit under colorful light. Then we walked through the “Bamboo forest”, an area of 4-meter tall and thin stalagmites and other dripstone formations in shapes of sheep, waterfall and other things... 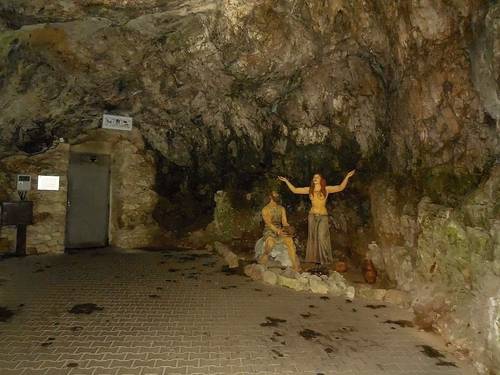 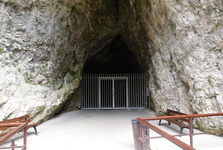 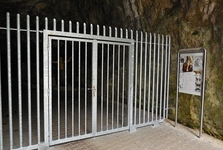 The cave is not only a wonder of nature as it was also a place where Pleistocene animals waited through the winter. Thus, many skeletons mostly of cave bears were found. On our circuit we also observed such remnants of the past. The whole tour took us about an hour. Except for expanding our knowledge and enjoying the surrounding we cleansed our lungs in stable 8 degrees Celsius. 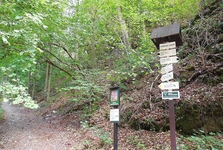 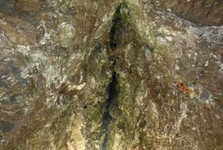 Another thing we found interesting was the origin of cave’s name . The legend has it that it was named after a girl who shepherded sheep around the cave. Once a storm came so she hid with her sheep to the cave. When the storm was over, she returned home and realized a sheep went missing. She thought that it got lost in the cave. Therefore, she went to look for the sheep. Unfortunately, the girl got lost in the cave as well. She never returned. Whether this is true or not is upon your decision.

You certainly should visit this beautiful cave if you happen to be in the Moravian Karst.

The Moravian Karst is not just Punkevní Cave, Macocha and Býčí skála, so today we will go to Rudi...