Nicely maintained tourist trail took us to Macocha cottage. From there it is only few steps to the observation platform. The place looks impressive already form the distance as it is located on limestone klippe. It has an overhang to make your experience of this impressive even deeper. We must confess we got goose bumps when seeing the height. 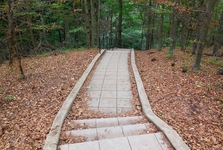 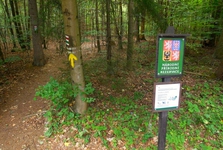 This symbol of the Moravian Karst and perhaps the most sought nature sight in the Czech Republic is located on the Macocha plateau between Suchy and Pusty Zleb canyons. Its mouth is 174 x 76 meters. The depth to the surface of the lower lake is about 138,7 meters. The lake’s bed is about 50 meters deeper. We learn that the gorge’s depth possibly reaches unimaginable 190 meters. As of the present, no one exactly measured gorge’s depth. The Punkva flows on Macocha’s bottom. The river was created when the Sloupsky Creek and Bila Water confluence in the Amaterska Cave. 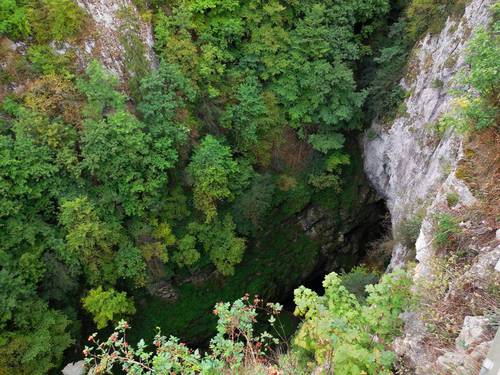 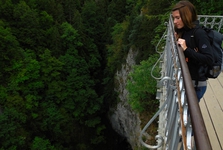 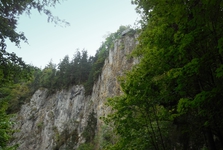 A gloriette above the abyss was built in 1820. The original construction, however, collapsed in 1882 deep down. The same year a new bridge was built and it is still there today (Horni Mustek). The Brno branch of the Austrian Tourist Club stood behind the construction. On the other hand Dolni Mustek was constructed by the Bohemian Tourist Club in 1899. Once we learned that we stand on a structure more than 130 years old we got bit nervous. Fortunately, the bridge was renovated between the years 2001 to 2007 which calmed us down a bit . 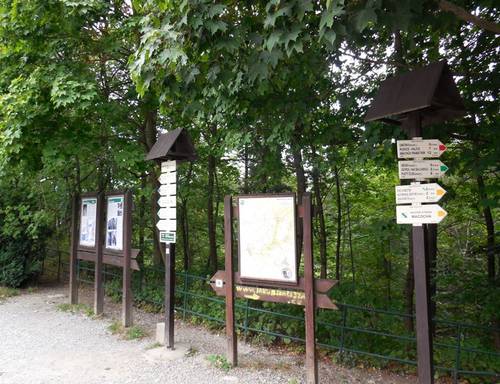 Macocha has very rich history. It was formed after the collapse of one large cave ceiling. Yet it is still not certain whether it happened like this or not. Allegedly, the monk Lazarus Schopper made the first descend in 1723. After him many others followed including well-known speleologist Jiri Wankel or his grandson Karel Absolon. The origin of the cave’s name dates back to a 17th century event. Certain stepmother (macecha) pushed her stepson down into the abyss. Locals were angry about this act so they threw her down as well. This dark history is far behind us. Today we enjoy this largest abyss in Central Europe. 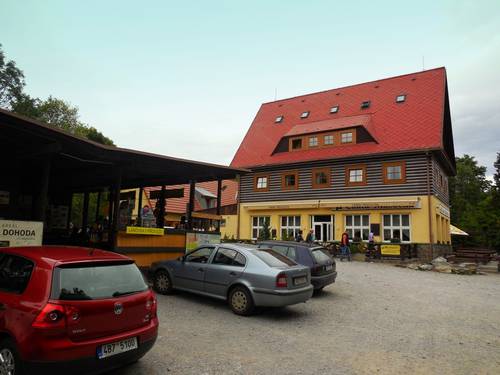 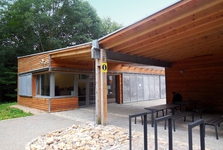 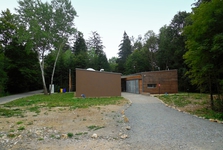 We read the information shields and headed back to Macocha cottage. Adjacent to it is a small grocery store and cable car’s upper station. Recently built visitor’s center and huge parking lot are close to it. Our friends were waiting for us there already. They moved to Rocky Mill by car. 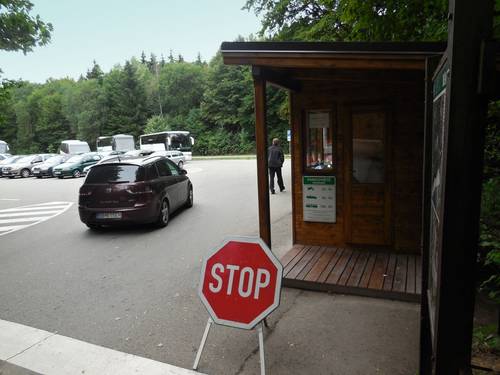 As we had still some time, we decided to see a cave in the Moravian Karst that is open to the public. We could decide between Sloupsko-Sosuvske caves, Punkevni Caves or Vypustek cave. Instead, however, we headed to Balcarka, near Ostrov u Macochy town. There is the most beautiful karst formation available to the public but we will tell you more next week.