One of the most important destinations of pilgrimage is located near Prerov. It is Svaty Hosty is easy to see thanks to flat terrain of Hana. The hill has rich history. A large stronghold was here already in the Prehistoric. In the Middle Ages, villagers from around hid here from Tatarians who raided the area. With resources which were about to get depleted fast they prayed to the Holy Mother. She made a miracle. A water spring appeared in their shelter. Soon, strong storm repeled the invaders. The legend spread fast effectively luring in many pilgrims. Therefore, the Ascension of Virgin Mary Basilica was founded here in the mid-18th century. Water Chapel was built at the miraculous spring. Thousands of people visit the place in the present. They also go through the Way of the Cross designed by the architect Dusan Jurkovic. 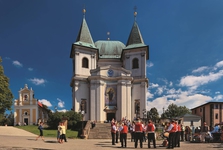 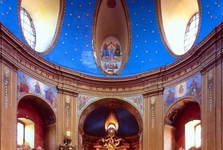 Rotunda of St Peter and Paul in Budec near Zakolany

We can consider this place as a symbol of Bohemian statehood. You can find it in about 1.5 kilometers off Zakolany town, Kladno district. Prince Spytihnev built this rotund of St Peter and Paul around the year 900. It still serves sermons today. The navy is the oldest building in the Czech Republic and the oldest school here as well. The legend says the Czech patron St Wenceslas learned here how to read and write. Strong positive energy surrounds the rotund. Its foundations look is in the shape of heart. People who are more sensitive can feel tranquility of the soul. The place will lift them above worldly problems. 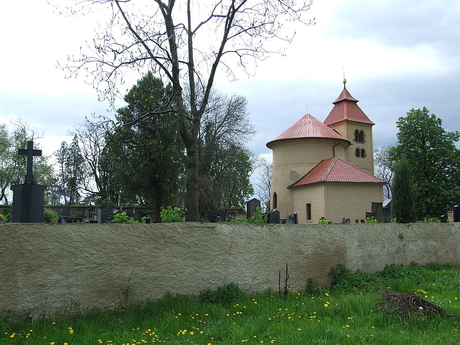 Magical Cloister Rosa Coeli and the shrine of the Virgin Mary

Another structure charged with positive energy is near Dolni Kounice, Brno-Venkov district. Rosa Coeli (Heavenly Rose ) is the oldest women cloister in Moravia. It burned down during the Hussite wars in 1420. In 1526, the cloister was abandoned completely. Only main walls and some arches are to be seen today. Yet the compound has extraordinary magic to it. Night sky is best observed here among the walls which once supported arched ceiling. In case you think of yourselves as a sensitive person then you can feel positive energy around here. 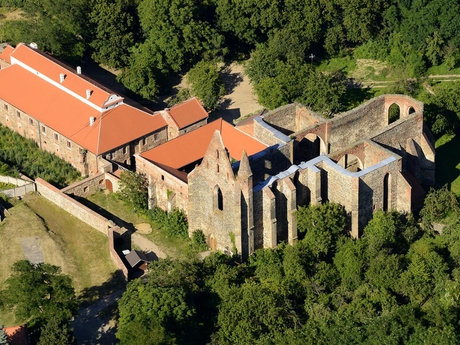 Another place with outstanding atmosphere is in northwestern Bohemia. Founded by the lords of Zerotin in 13th century, Panensky Tynec is truly old town. It is probable that the unfinished Virgin Mary church was founded in the same century. Its power is hidden within its stone walls. The church stand on very strong area with positive energy. The compound is in the shape of a cross. People suffering from depression, lack of self-consciousness, over-sensitive people or just those who want to enjoy the life. The positive energy here is good for immunity. This place is one of the most impressive and most mysterious in the Czech Republic. Sensitive persons, old people, lovers, film makers (e.g. Kytice based on K. J. Erben’s book was shot here by F. A. Brabec) are all lured in. 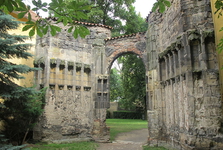 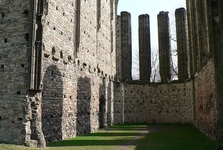 Rip mountain is an important symbol in the history of Czech nation. It is often called Central Bohemian Olymp. An old legend says that Cech, the legendary founder of the nation, stepped on the mountain when he was looking for a new homeland for the Slavs. An ancient legend has it that the mountain opens up on Palm Sunday. Horses with golden horse shoes feed on meadow inside. They say a flock of gooses with golden feathers and a hatchery holding twelve golden eggs is on a pond inside. You won’t see anything of it most probably. Yet don’t worry. It is still worth climbing the mountain as the romanesque rotunda of St George and St Vojtech, one of the oldest surviving structures in the Czech Republic, stands on the top. 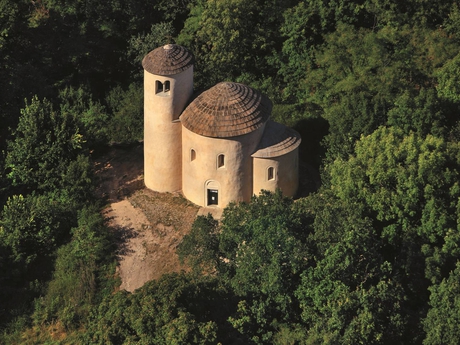 Blanik mountain is another place in Central Bohemia which is emblazoned with legends. Perhaps the most famous is the one about the Blanik knights, an army led by St Wenceslas that sleeps inside the mountain and should come to aid the nation in the times of greatest despair. Then shriveled oak will turn green again, dried spring will spurt out water, and the knights will wake up and ride to help the nation. It is said a day inside the mountains accounts for 1 year on the surface.

The view atop the mountain of the landscape below it is a nice reward for climbing it up.. 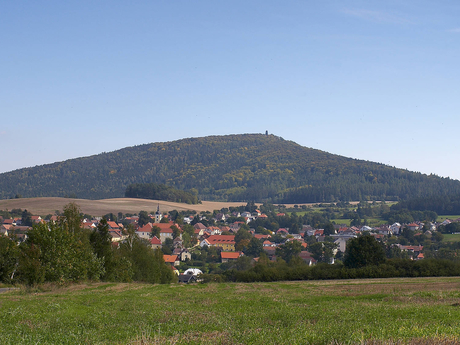 The Treasure of Krudum, a Hill Near Slavkovsky Forest

Mythological Krudum hill is in the protected area of Slavkovsky forest, the region of Karlovy Vary. The hill holds many treasures and many legends have been said about it. For instance, the legend on the Krudum residence of Nicholas. On the eve of his holiday, St Nicholas descends off the mountain and gives gifts to well-behaved children while the naughty he takes in bag with him back. They say Krudum has a green head (the forest), heart of silver (silver ore), and golden heel (down the river gold was once panned). Couple of centuries ago, a Celtic stone with something written on it was found yet it disappeared suddenly. Legends say the writing showed the way to hidden treasure. Treasure hunters once had large interest in finding the stone, however, nobody has found anything. Perhaps you would get lucky. In case you don’t find the treasure, enjoy the view of Slavkovsky forest. 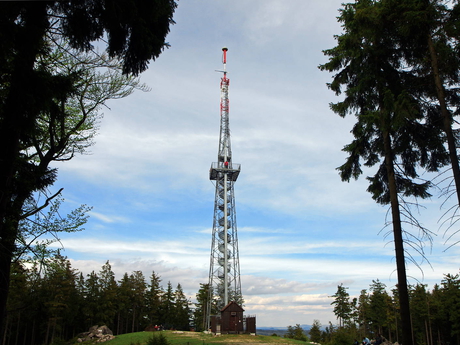 In case you are interested in mysterious places then visit some of these. I think you won’t regret.

Published: 23.8.2015
A small town surrounded with hop gardens in the Central Bohemian Uplands. It has fantastic atmosphere. This is Ustek. Filmmakers love its authenticity as well as the ruin of castle Helfenburk.