Edvard Benes did not spend much time at the chateau. He stayed here only in July 1946 and June 1947. There was another visited planned but it didn't happen. The communists would later use the presidential suites to accommodate foreign officials. Even Leonid Breznev stayed here for couple of times. Guided tours don't dwelve solely into history but these offer another perspective on the chateau and its changes through the ages including the last adjustments in the 20th century. Moreover, there is amazing exposition on eating customs of nobility in the 19th and 20th centuries 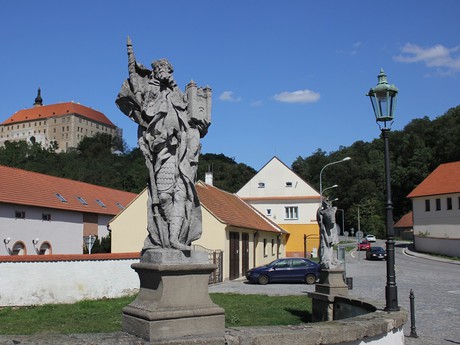 The first distinct style of the chateau is Renaissance. It is impossible

to set an exact date of Castle Namesti nad Oslavou's foundation. However, its current style was set by the Zerotin family in the 16th century. Jan Sr. of Zerotin made this castle his main residence and ordered its Renaissance-style redesign.Exterior facades are decorated with sgraffiti. The ground plan was inspired by simple Italian castels. The chateau has two wings with arcades facing the courtyard and a statue of Neptune in its middle. Sunny days here make you feel as if you were in Italy, the cradle of Renaissance. We can't omit massive Italian-style staircase, a unique piece of architecture in the Czech Republic. 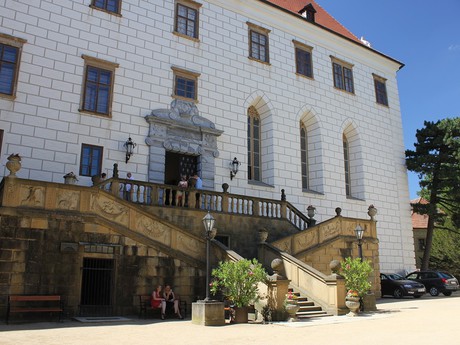 The Zerotin family were Protestants. In the post battle of the White Mountain era, this was a difficult time for them. Charles Sr. of Zerotin managed to sell the chateau, other noblemen were not that lucky. He spent his last days in exile in Wroclaw. Once the Zerotins left the town, new noble families came here but only the Haugwitzs made some significant impact here. They owned the chateau from 1752 to 1945 when it was nationalized. 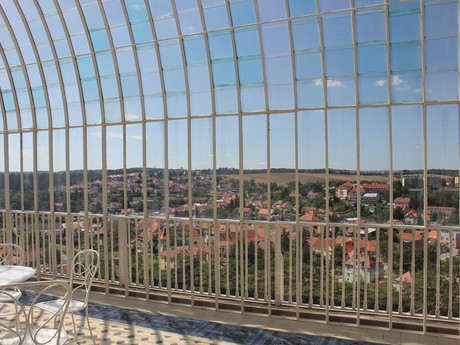 The Haugwitzs did some improvements to the chateau. Statues were added to the bridge before the main gate. Also, a vast park was constructed. The Haugwitzs founded a hospice and a Capuchin cloister. To make the chateau even more comfortable, arcades lining the courtyard were glazed. There is an entire guided tour focused on the Haugwitz family and their life in the early 20th century. 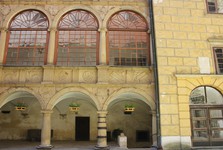 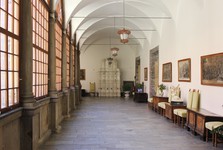 After the year 1945, the chateau was nationalized and became state's property. It was adjusted to serve the president. For instance, skillfully concealed toilets were built for visitors to the president as well a royal-like toilet  with amazing vista for the president himself. Benes, however, didn't spend much time at Namest. After the communist coup de etat the chateau was partially opened to the public. A unique tapisery collection was installed at the chateau back then. 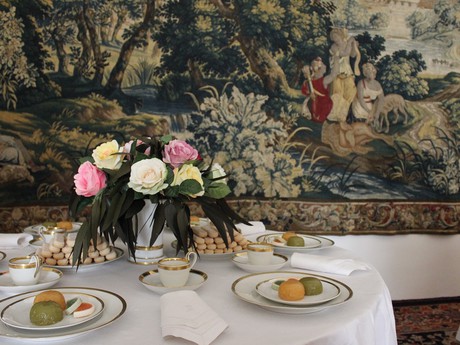