Nýrsko is located 19 kilometers from Klatovy at the foot of the Šumava hills, later called the Royal Forest. The town was first mentioned in sources in the 14th century, but it was probably founded a little earlier. It was originally divided into two parts. Horní Nýrsko belonged to Pajrek Castle, while Dolní Nýrsko formed around the ford across Úhlava belonged to Bystřice nad Úhlavou. In the 19th century, the city became an important center for the production of blueprints, and a little later a factory for the production of spectacle optics was moved here from Vienna. Under the name Okula, it still works here today, in addition to glasses, it is also engaged in the production of injection-molded plastic parts for various industries. 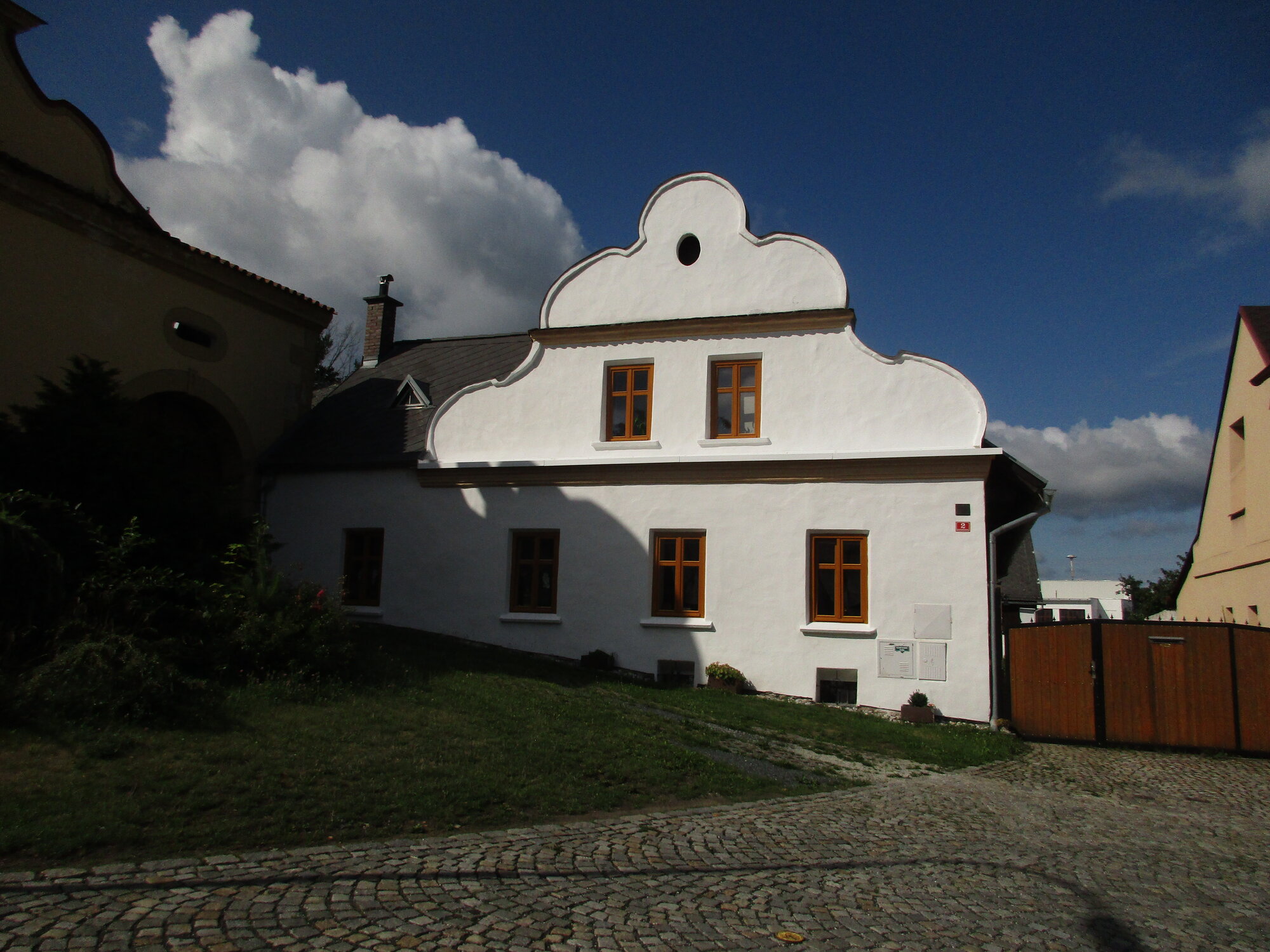 The Royal Forest Museum (Muzeum Královského hvozdu)in the historic house on the square is definitely worth a visit. Unfortunately, other historical buildings have not been preserved, they were demolished in the last century during the construction of the square. From the museum building, you can walk along the embankment along Úhlava to the Okula factory and ascend along the complex to the church of St. Tomas. Not far from the church there is a monument to the victims of the First World War and a fountain. A narrow path passing around the new cemetery leads to the swimming pool and car camp. The Stone of Touch is located directly opposite the entrance to the swimming pool area. The stone with a smoothed surface about the size of a human palm intended for "stroking" is supposed to symbolize the mutual cooperation of municipalities on the Czech and Bavarian side of the former Royal Forest. 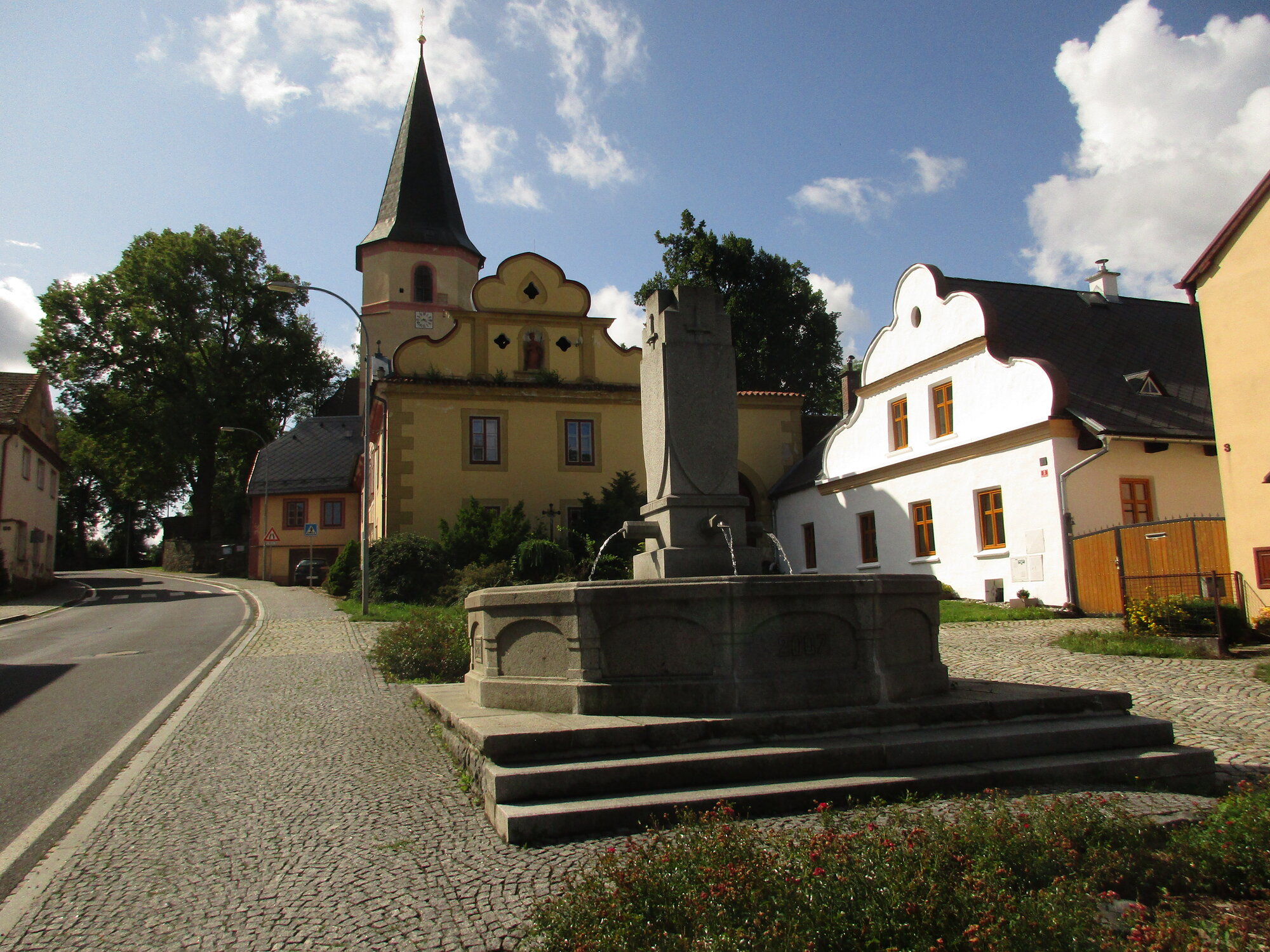 The most interesting places in Nýrsko and its surroundings are connected by a 6 km long nature trail. It leads from the swimming pool to the former forest theater. There is a ski slope on the hill above the theater and the ruins of Pajrek Castle are hidden in the forest. In the city you will also find reminders of the former Jewish settlement. Behind the city is an old Jewish cemetery, the victims of the Holocaust are commemorated by a memorial in the new cemetery. 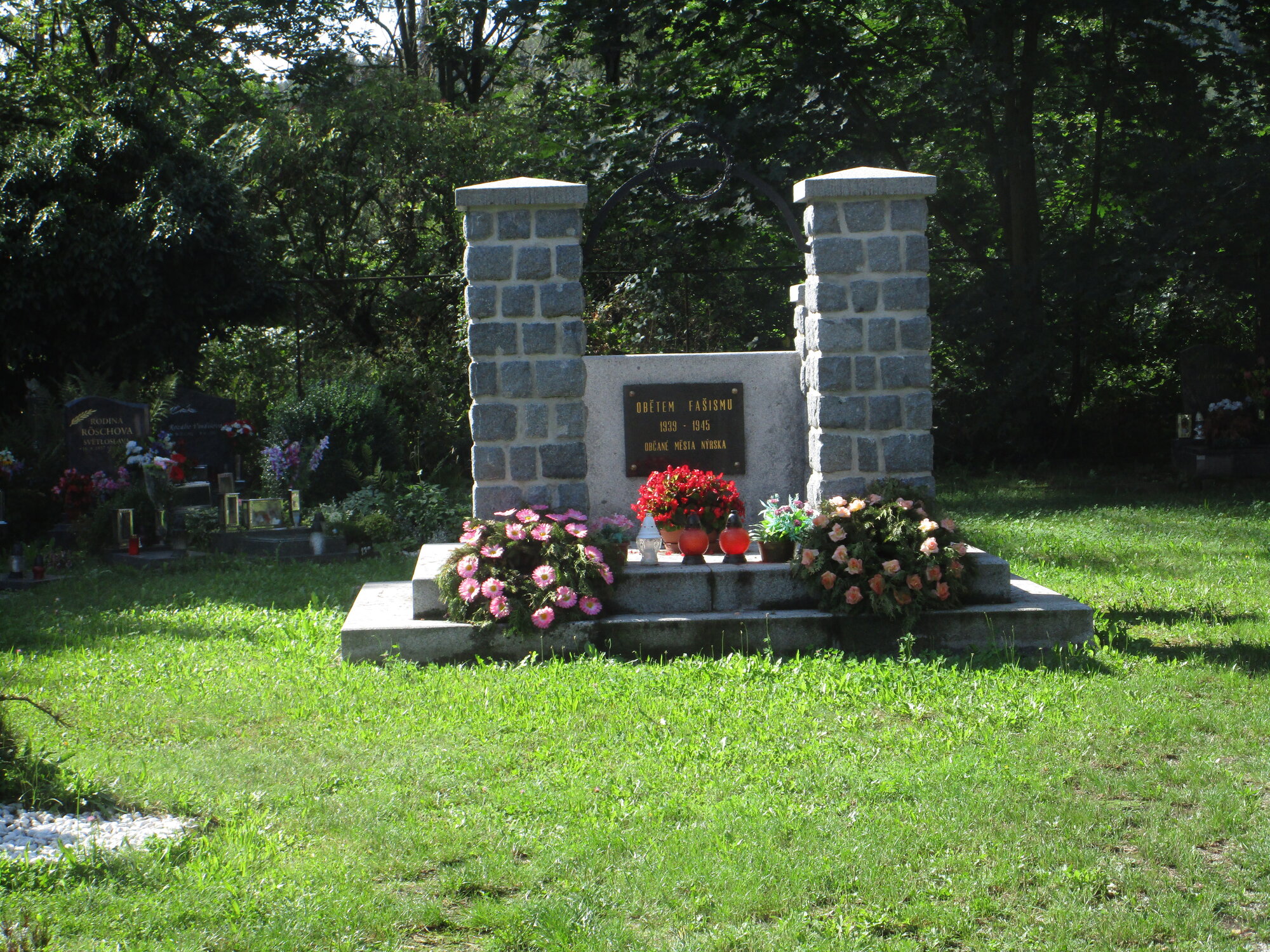 Dešenice is located about 4 kilometers from Nýrsko on the train line connecting Prague with Železná Ruda. The first mention of the village comes from the 13th century, later a water fortress was built here, rebuilt into a chateau in the 18th century. Despite the Baroque reconstruction, the chateau has retained a distinctive Renaissance character and boasts a perfectly preserved basement. A brewery was established in the building in the 19th century, today beer is no longer brewed here, but the Museum of Šumava Brewing (Muzeum šumavského pivovarnictví) is located here. In front of the entrance to the fortress, next to the statue of Jan Nepomucký, there is another of the Stones of Touch. 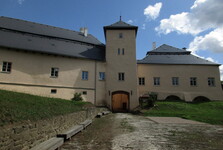 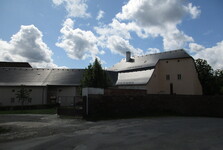 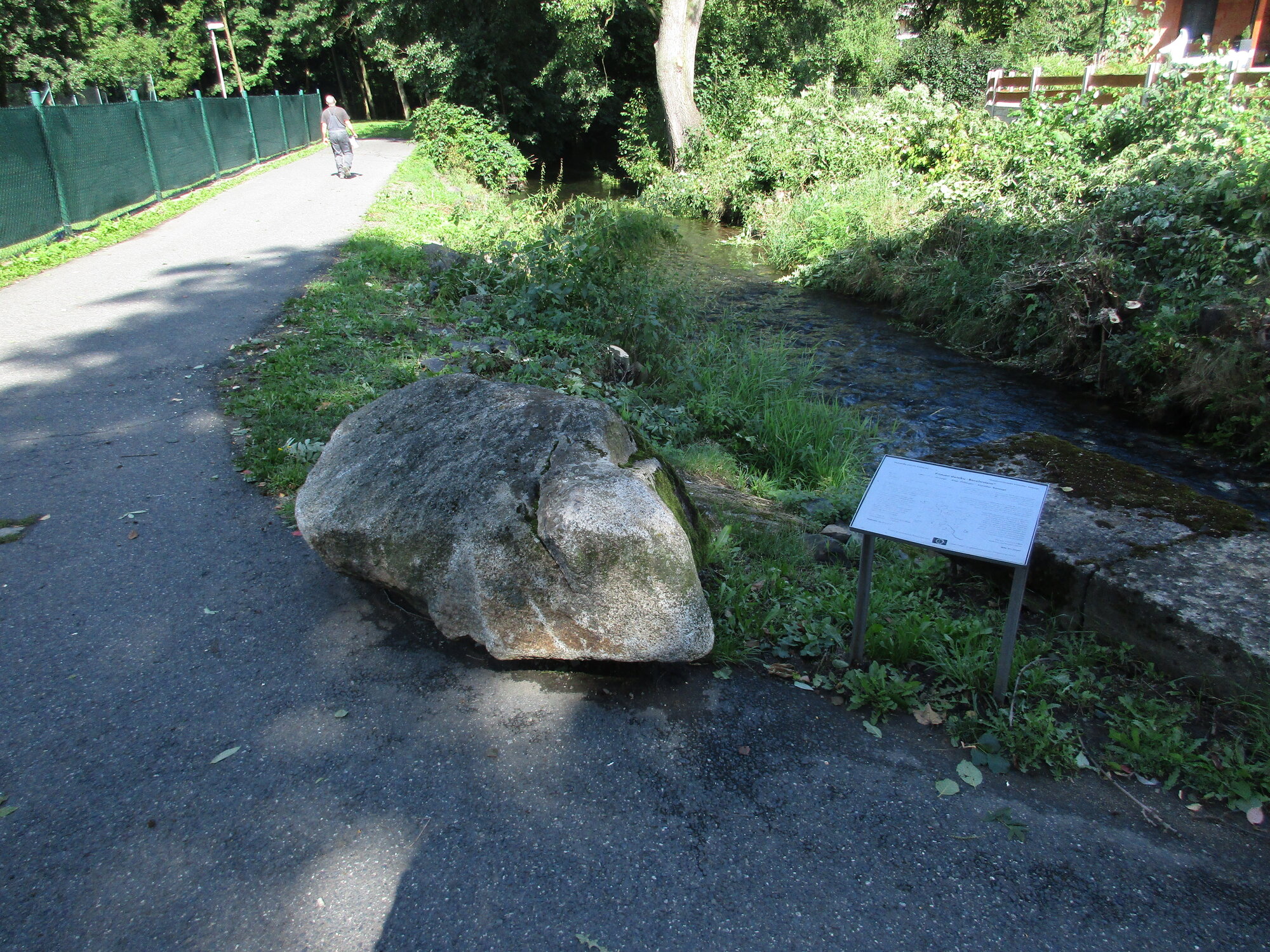 From Dešenice it is close to the water reservoir Nýrsko. All you have to do is go from the village square to the neighboring village of Milence, then turn left onto the road towards Železná Ruda and at the water treatment plant turn right onto a narrow asphalt road, which will soon connect to the yellow tourist sign leading to the dam. Due to the fact that the dam serves as a source of drinking water, bathing is prohibited and the movement of tourists is limited to marked paths. 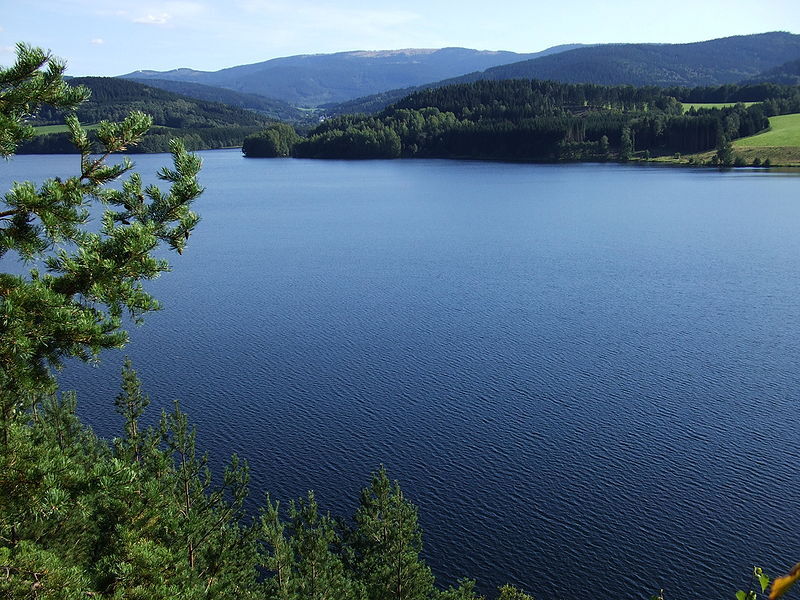