This Roman Catholic church of Gothic style is situated in the oldest part of the city. It was the main city church for a long time. It seems very massive at the first glance. But "modern" shopping mall and the surrounding buildings make the church less distinct. However, the construction of the shopping mall helped to unravel the remains of 11th century Romanesque rotund as well as some other historic architectonic pieces. The first written evidence on this sacral building comes from 1257. It is interesting for two prism towers, and its multiple vaulted three aisles. Inside there is a beautiful altar, colorful stained glasses, and the largest organ in Central Europe. A Renaissance tomb was built in the church in 1572. In 1726, a Loretochapel was added. In 1985, the Olivova Mountain sculptural group was added which meks it one of the most important late-Gothic sculptural pieces in the Czech Republic. 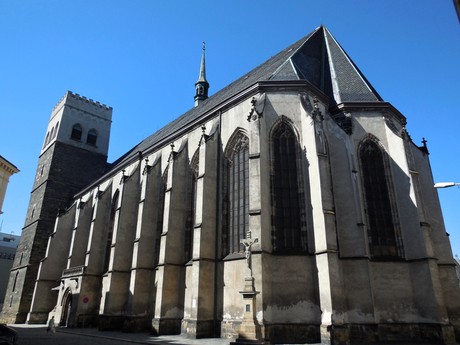 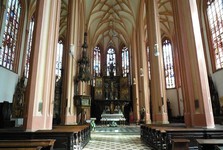 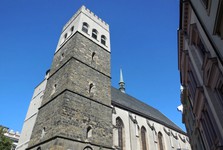 Upon the tour in the church, we set off to Vaclavske square. There is a dome, museum, and a huge cathedral. However, soon our walk was interrupted because we spotted Olomoucke tvaruzky cake shop. This non-traditional idea of how to use this world-famous delicacy to which Olomouc is place of origin was too tempting to resist. There we found delicacies made of puff pastry with foam with olomoucke tvaruzky as base ingredience. The tvaruzky were offered both sweetened and non-sweetened. Also, there were such specialties as "potato pancake", langos, hot dog, or fried tvaruzky. We didn't resist the temptation and tried it out. It was great. Yet we had too little time so we moved soon afterwards. 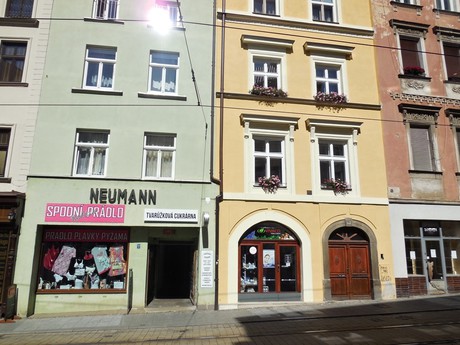 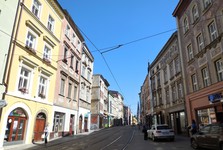 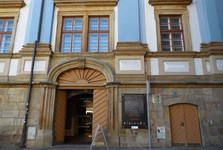 Couple of meters down the street we were interested by a mural depicting British King Eduard. He holds a selfie-stick. This art piece is just a manifest of Street Art Festival. If you like such art there is Lomena Gallery (in bended passageway) in a Baroque building. There you can see recent street art by young artists. 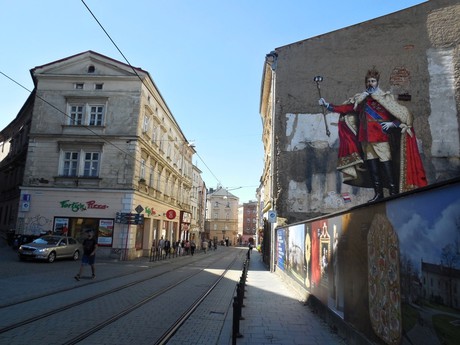 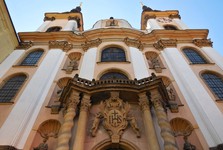 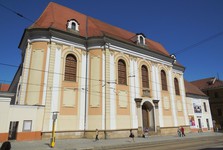 The National History Museum of Olomouc is the first Moravian museum opeend in 1883. There are several exhibitions displaying the history of city, nature of the region of Olomouc, famous personalities, inanimate nature, and art. The exhibitions are hosues at the buildings belonging to the kloister of St Klara and at the Jesuit college. The Church of Our Lady of the Snow  also stands out. It has richly decorated facade and two towers. There is the Museum of Modern Art opposite to the church and the Music Theater. The latter focuses on art of the period from the beginning of the 20th century till the present. However, the visitors can also see some permanent expositions there. 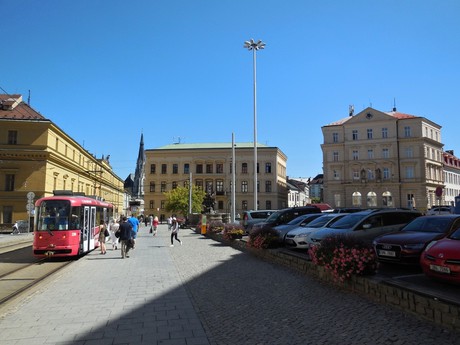 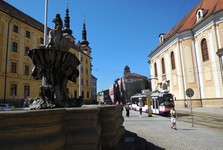 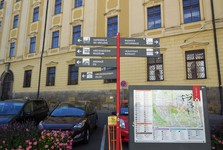 All the aforementioned institutions of culture are situated around the triangle-shaped Republiky Square (originally Marianske Square). The square is surrounded by the buildings of municipal library and Ceska Posta. In its center, there is the baroque fountain of the Tritons. It is quite a busy square as there is a tram line and a car park. An interesting feature of the square is a mild hill in its south side which is a remaining feature of an ancient settlement. 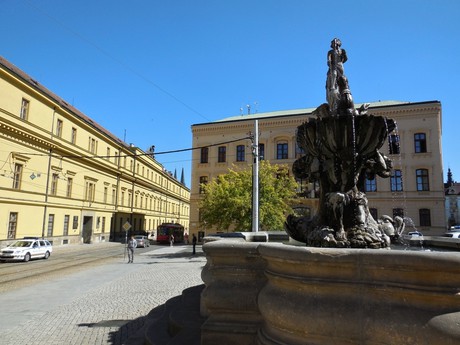 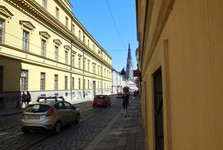 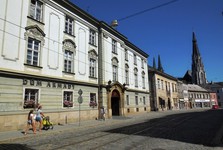 Near the square we walk by Hanacke Barracks a building of four wings where an engineer regiment was housed. Today, there reside several national institutions. We slowly approach St Wenceslas cathedral. But we tell you about it next week.