We went further towards Dolni square. While going there we stopped at a renaissance house - Edelmann's palace, and Petras' Palace. The latter was the first scholarly society residence in the Habsburg empire – Societas eruditorum incognitorum in terris Austriacis. 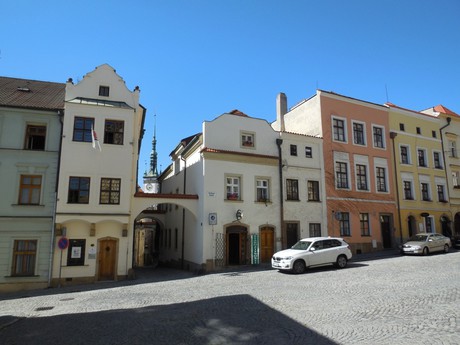 Soon we reached Dolni square, which is one of the oldest in Olomouc. The square is surrounded by several Renaissance and Baroque houses which replaced original Gothic houses. Meat shop drew our attention, they belonged to the butcher's guild. The building had one floor only and was a butcher's shop. A well supplying fountains on the square was in the basement. Considerable renovations took place in the 18th century. However, the buidling was lifted by two floors Moreover, a two-winged staircase was added. It was a representative entrance to the the then new Royal Folk Theater. The facade was made in the late-19th century. 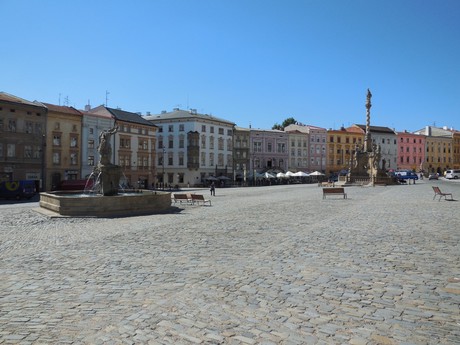 The main landmarks of Dolni square are the Marian column and two fountains. The Marian column was constructed after plague epidemic of 1713-1715 and is lined with eight statues of saints in the lower part of the column. The upper part is made of twisted column with the Virgin Mary on the top. 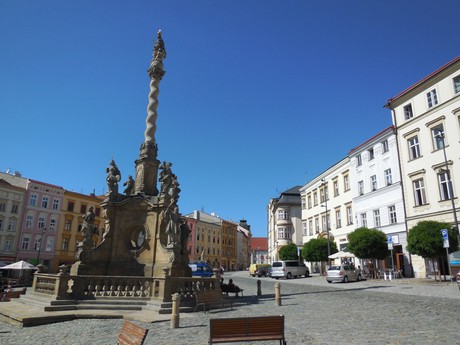 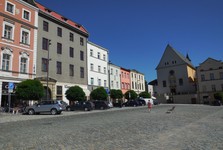 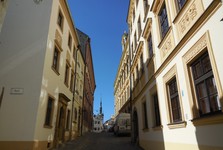 Neptune fountain (which is close to Horni square) was constructed in 1683. It belongs to the set of baroque fountains decorated with antiquity motiffs. It depicts the god of sea Neptune who stands on a cliff with his four horses spilling water. 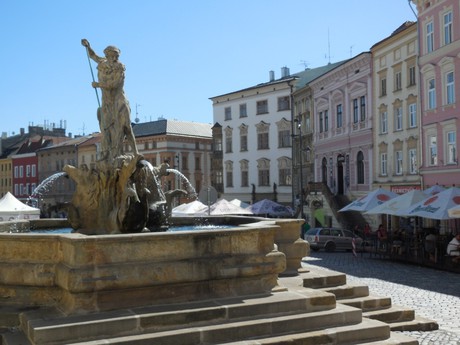 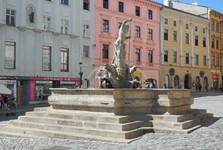 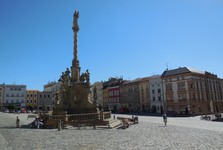 There is the Jupiter fountain on the other edge of the square. It was the last one in the set to be erected. It dpicts the god who reigns over flash and thunder. The renovated church of the Annunciation is situated close to it. A Kapuchin monastery belongs to it. The church's entrance is on the elevated terrace. There you can enjoy the vista over the entire square. 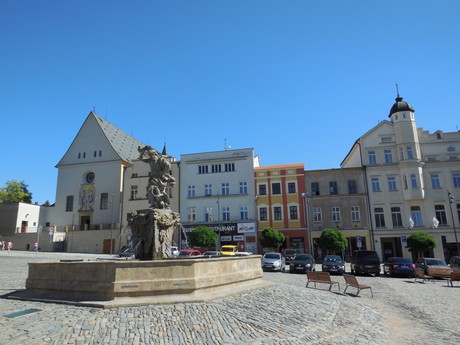 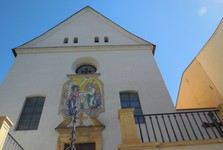 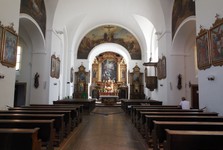 We roamed in the narrow streets which took us in front of the building of the Archbishopric seminary on Zertinovo sqaure. The building saw several renovations. Originally, it was residence of lords assembly and land court. Right next to it, there is the church of St Michael which replaced a 13th century chapel which stood there originaly.  The church is of baroque style and belongs to the most beautiful in Olomouc. It is considred the first northern-Italian domed building in Moravia. Royal Italian architect Giovanni Pietro Tencala. It also influeced the basilica of the Virgin Mary on Svaty Kopecek. There are three domes on this church. You can see them from specific places in Olomouc. 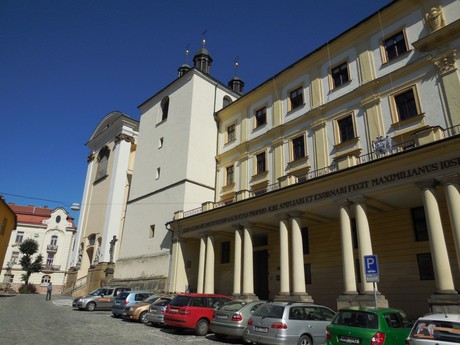 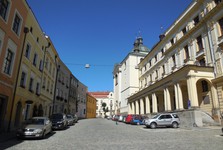 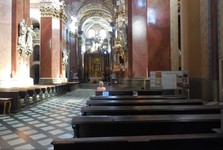 There is a square adjacent to the church. On it, there stands baroque statue of St Florian at which we made a short break. Next week you will see where we went next. 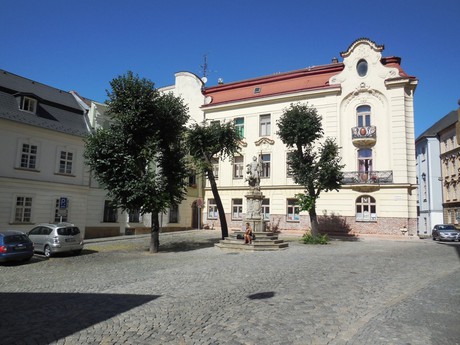