Not only it is listed as a national culture sight but it also is the place of hisotrical events of high importance. The most important one happened in 1306. Czech King Wenceslas III was assassinated in the so called Zdikovy Paalce. The last ruler of the Premyslid dynasty was burried in church's crypt. However, couple of year later his remains were moved to Zbraslavsky cloister as ordered by Queen Eliska. However,  his and his father's remains got lost during the Hussite wars. 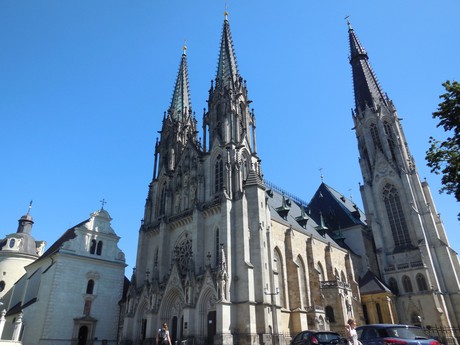 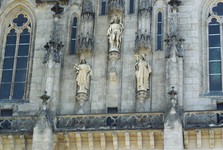 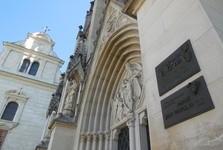 Another interesting historical even happened here in 1469. Bohemian and Moravian nobles pronounced Matej Korvin a Czech King. In 1803, lightning stuck the church tower which caused a fire that burned down all three towers in cathedral's fron section. Fortunately, all damage was eventually removed. Moreover, new bells and chimes were added. 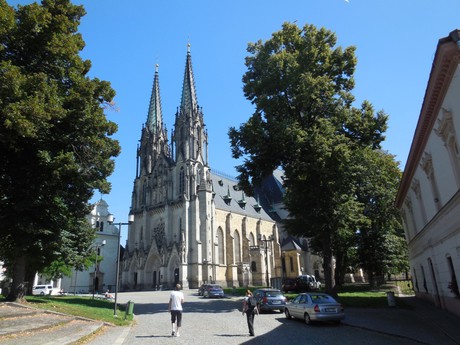 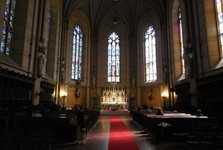 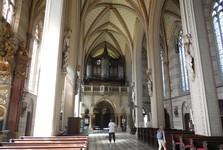 This originaly Romanesque basilica was constructed in 1107. It has the tallest belfry in the Czech Republic (100,65 m) and Moravia's largest church bell. To the church belong also St Cyril and Method chapel, Loreta chapel, tombstones, St John the Baptists chapel, St Stanislav chapel, Gothic sacristy, frescoes, and a crypt. Bishops as well archbishops are buried in the crypt. Even the heart of Austrian Archduke Rudolf Jan Habsburg's heart is burried there. Masses and themed exhibitions take place at the cathedral regularly. 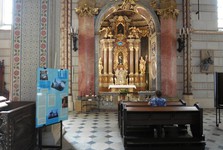 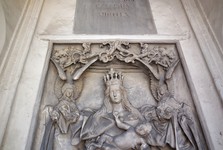 The cathedral belongs to the so called Castle Olomouc, one of the most important castle compound in the Czech Republic. Apart from the cathedral, and Zdikuv palace, the compound includes church residencies, houses, a parsonage, chaples and the Archdiocese museum. The museum houses a large collection of religious art. The circular romanesque tower and its St Barbara chapel belong also to the exhibition. St Anna church is also an interesting place. Here, the religious authorities of Olomouc are selected. This is, however, hardly all that you can see within the castle compound. 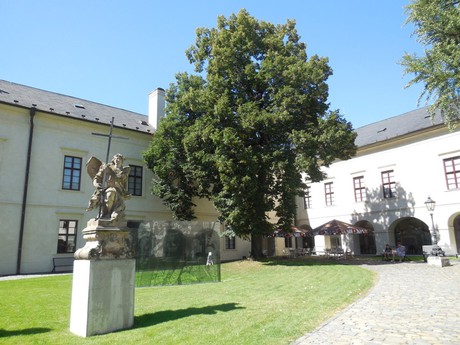 There are many great sights in the city of Olomouc. One would need weeks to see them all thoroughly. Before we left the city, we stopped at the Gothic revival Red Church which is 55 meters high. We found interesting that it doesn't serve the public but a library uses it to store books by the academic library. The church is situated on the former ramparts. Its exterior is a great example of north German brick Gothic style. 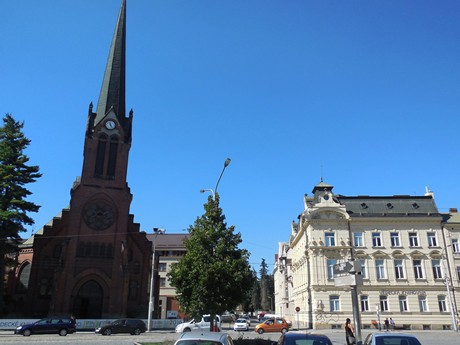 St Gorazde church was another sight we found interesting. Built in the Byzantine style it was the place where Gorazde II was sancitfied in 1987. He served as an Orthodox bishop in former Czechoslovakia. 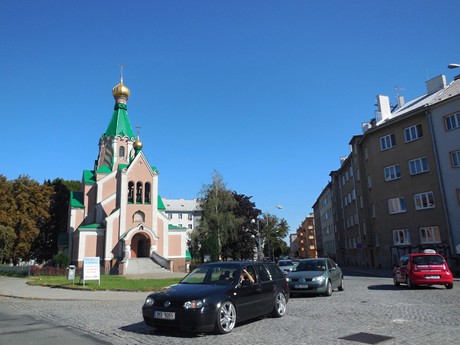 Olomouc is also a city of flowers. The largest and oldest exhibition of these fragile things happens in Olomouc. Flora Olomouc has three etapes (spring, summer, fall). It offers a vast display of colors, smells, flowers, and other plants. There are amazing options to make a trip around the exhibition grounds, for instance to Smetana orchards, Cech orchards, Bezruc orchards, grenhouses, rose gardens, or a botanical garden.

The city is an amazing place and true lure for any traveller who wants to see beautiful architecture, enjoy history, nature, good cuisine, and spirituality. Olomouc will charm you and you will return there gladly. Take a closer look there by yourselves.