The Orlík dam was built between 1957 and 1962. Although the size of the area exceeds the Lipno dam, according to the volume of water retained and other parameters, Orlík is the largest dam not only on the Vltava cascade but also in the whole country. 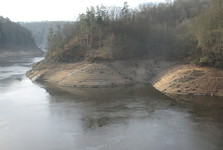 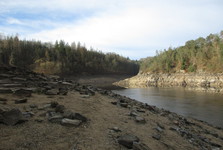 The water level is currently reduced by about 7 meters due to work on the ship lift. This situation should last until the end of March 2020, when the beginning of the sailing season will increase the water level. A similar view of the Orlik Dam should be re-established between August 2020 and March 2021, when the level will be lowered again. In addition to construction work, the situation was also used for cleaning. As part of the Clean Up the Czech Republic event, the Vltava River Basin organized on 15 February 2020, in cooperation with the Czech Fishermen's Association and the Czech Union for Nature Conservation, cleaning up the exposed shores.

There are many places that are normally under water. If you don't know where to go, try Zvíkov Castle. The castle grounds are situated on a promontory above the confluence of the Vltava and Otava rivers, which can be observed either from the observation terraces in the area or descend to the dock where the lower level exposes the remains of paved road, bollards and stumps resembling forest. When viewed from a distance, the rock on which the castle stands is also more pronounced. 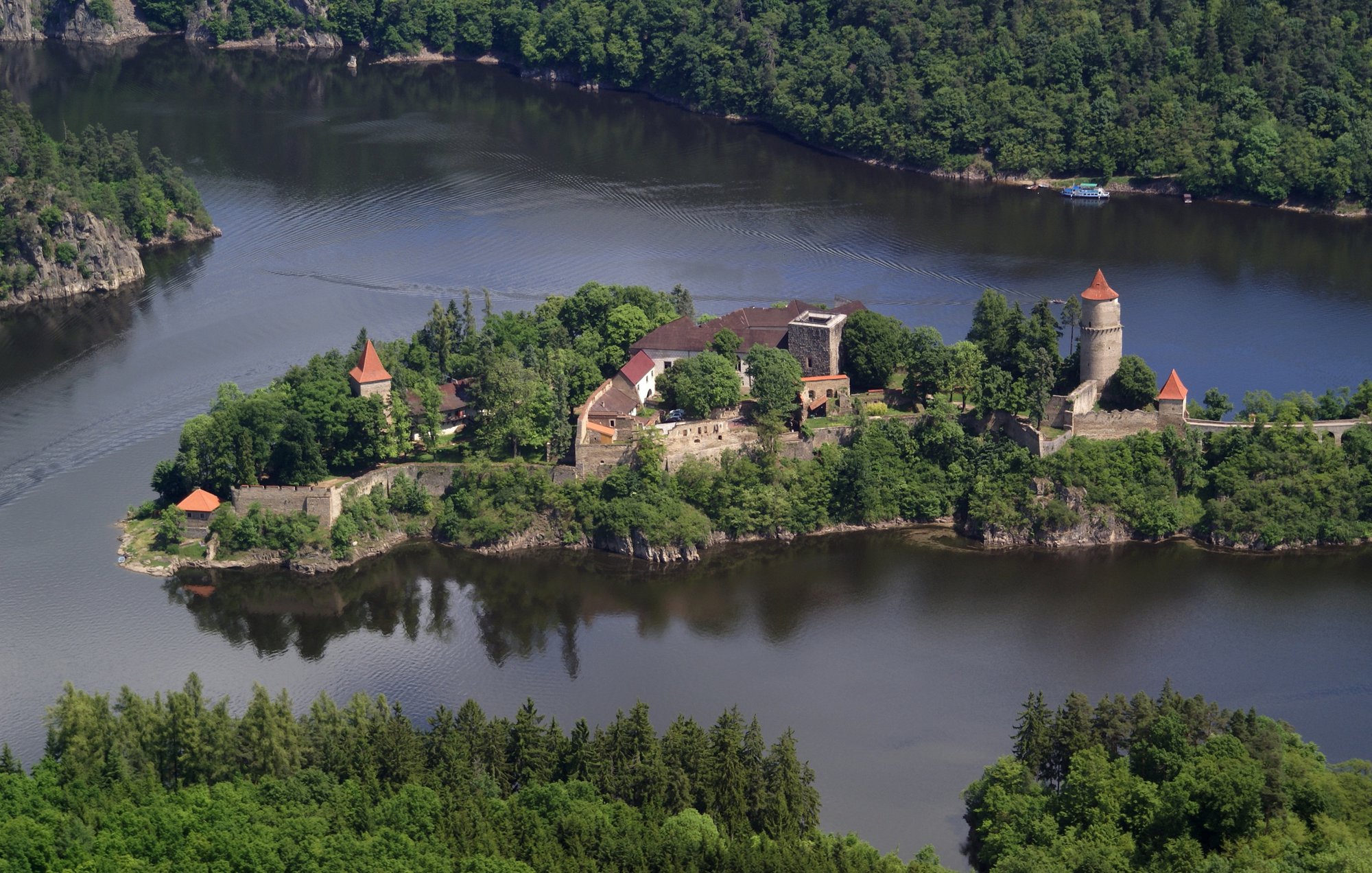 When the valley was flooded, the original village of Zvíkovské Podhradí with the Church of Sts. Nicholas. The rock on which Zvíkov stands must have been secured by concrete grouting. The same modifications also affected the nearby Orlík Castle. The area of Zvíkov Castle is also open in the winter from 8 am to 6 pm, it is freely passable to the quay. Other views of the dam open from the blade tower and the entrance bridge, several nice places overlooking the Otava can also be found on the access road to the castle. 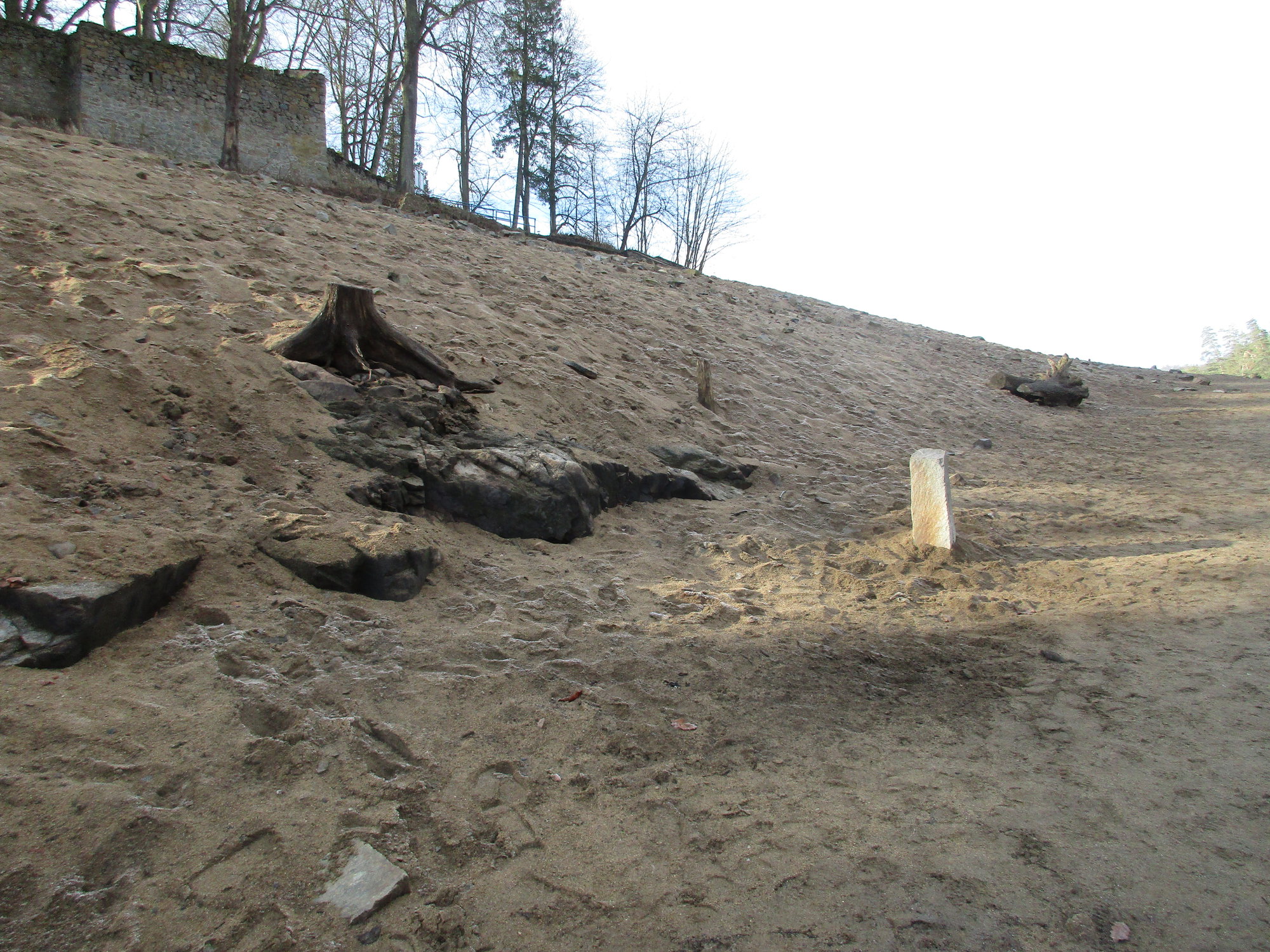 It is not far from Zvíkov to Orlík Castle. Interesting views open from several places in the immediate vicinity of the chateau, in addition to the dam you will also see Maková Mountain. Interesting views from the chateau park open to the chateau itself. The castle is far from the original form of an eagle's nest soaring on a rock, but it is still worth it. The most beautiful view of the castle is from two views in the chateau park. It is connected by a red marked hiking trail. The first viewpoint is located on a rock near the chapel built to commemorate the victory of Charles I Philip Schwarzenberg over Napoleon in the Battle of Leipzig, the second one is only a few dozen meters away. The Gothic revival Schwarzenberg Tomb is located along the nature trail. Orlík connects with the Zvíkov castle a 30 km long nature trail. In places it leads through very difficult terrain and takes you all day, but nothing prevents you from going through only a short stretch. 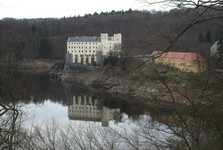 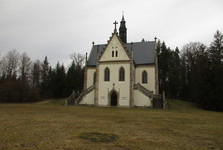 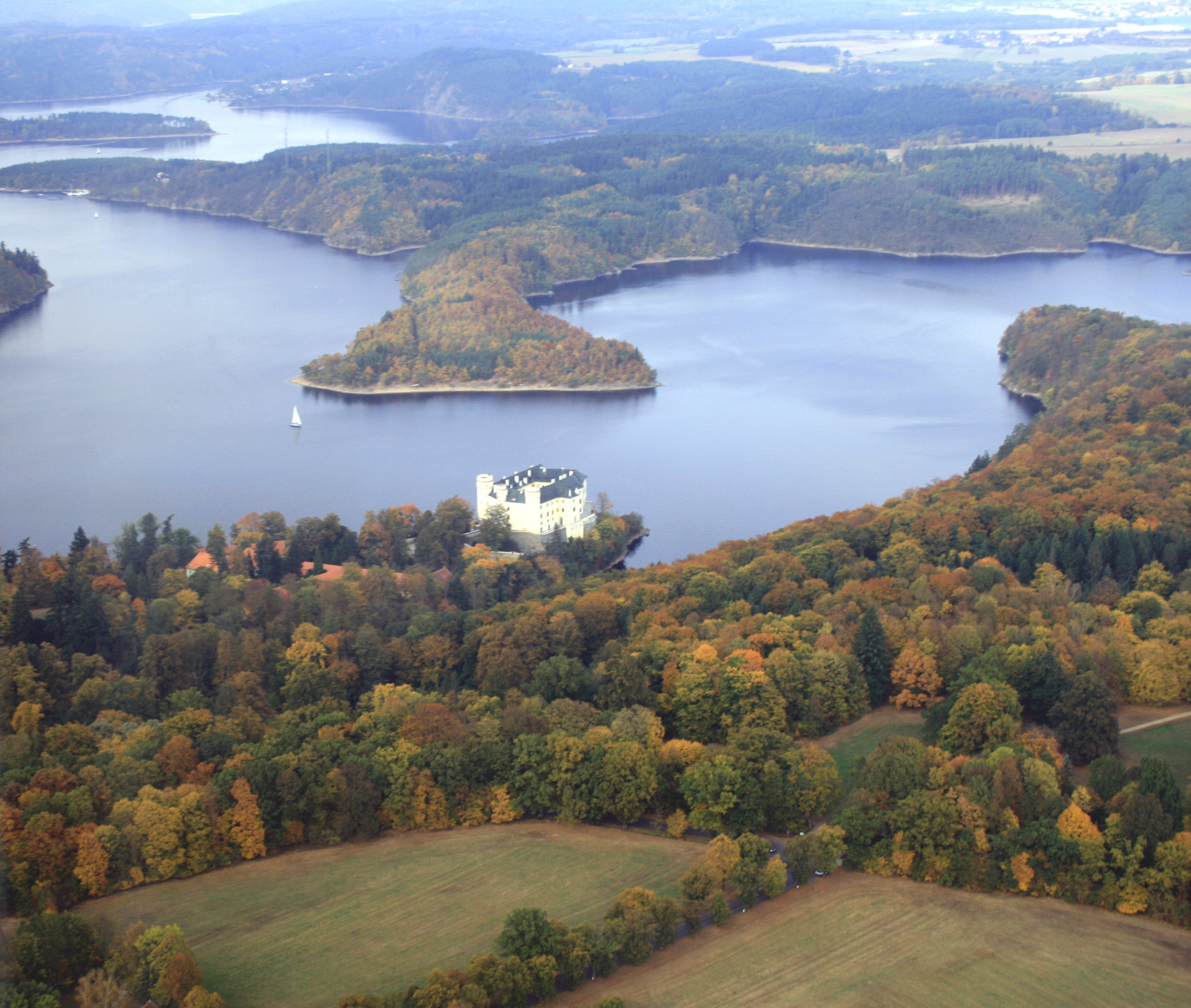 Orlík Reservoir was put into operation in 1961 and belongs to the Vltava cascade. The lake consis...