Neratov is situated on the Czech-Polish borderline, which follows the Divoka Orlice river, between Bartosovice and Orlicke Zahori close to more popular tourist spots – Hanicka, a military fort, and the observation tower on Anensky Hill . A frequented road from Rokytnice to Kladsko (today a Polish town, however a matter of Czechoslovak-Polish dispute until 1958) went through across the Orlice. 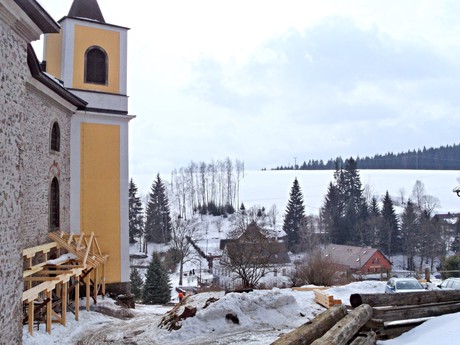 Bärnwald, the medieval name for the later Banvald, is a village that was established as a place to live for workers of the glassworks on the Neratovsky stream. Many believed it to be a healing spring. Around the year 1700 a priest carved a wooden statue of the Virgin Mary allegedly responsible for miraculously healing pilgrims. A small wooden church was, however, soon too small for incoming crowds of the ill. In the 1720s, G. B. Alliprandi designed the monumental baroque church of the Assumption of the Virgin Mary . Even today its location and dimensions are impressive. However, outer stairwell in the Roccoco style is no longer there (it was transported to Skalka chateau in 1973). Also, interior furniture is gone. In 1945, a Soviet soldier hit the church with an anti-tank missile which than burned down. The fire caused the bell and a clockwork to melt, later the arches collapsed. The catastrophe completed by removing German population after the WWII. 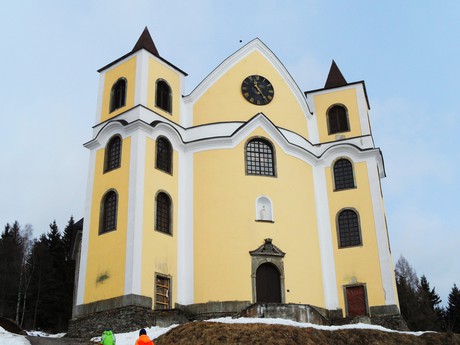 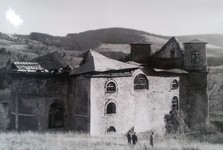 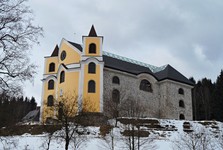 Local priest Josef Suchar renewed the tradition of pilgrimages after the year 1990 (every year on 15. 8. to the following Sunday). The services were held open-air at the ruins of the church. Those who were there remember fascinating experience and atmosphere. Later, when it was decided upon renovation of the church, many were not keen on interrupting this beloved tradition. Instead people insisted on making church’s roof transparent.. 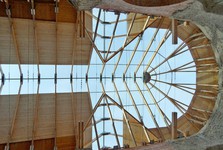 However, the officials from the office of historical landmark protection were not supportive of the idea. Eventually, a compromise was agreed upon the result of which is worth paying a visit to Neratov. Ing Jiri Stary and Ing. arch. Petr Dostal are those who designed the solution. Sdruzeni Neratov holds a theatrical festival there or folk and classical music concerts as well as the pilgrimage and celebrations related to it. 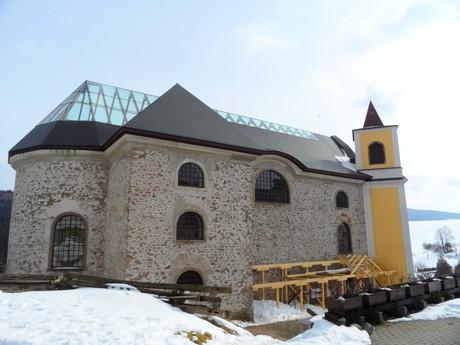 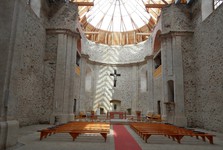 Nearby there is ”Neratovske Louky” nature reservation, a biotope of marshlands in the meadow of the Divoka Orlice. This biotope hosts many rare species of plants and animals. From fort Hanicka to Neratov there goes a beautiful road. Follow the blue trail which goes through Hadinec (about 3 kilometers). In the latter village, about 300 meters off the side of the road there is St Anna chapel which was transported here from Anensky Hill in the year 1937.