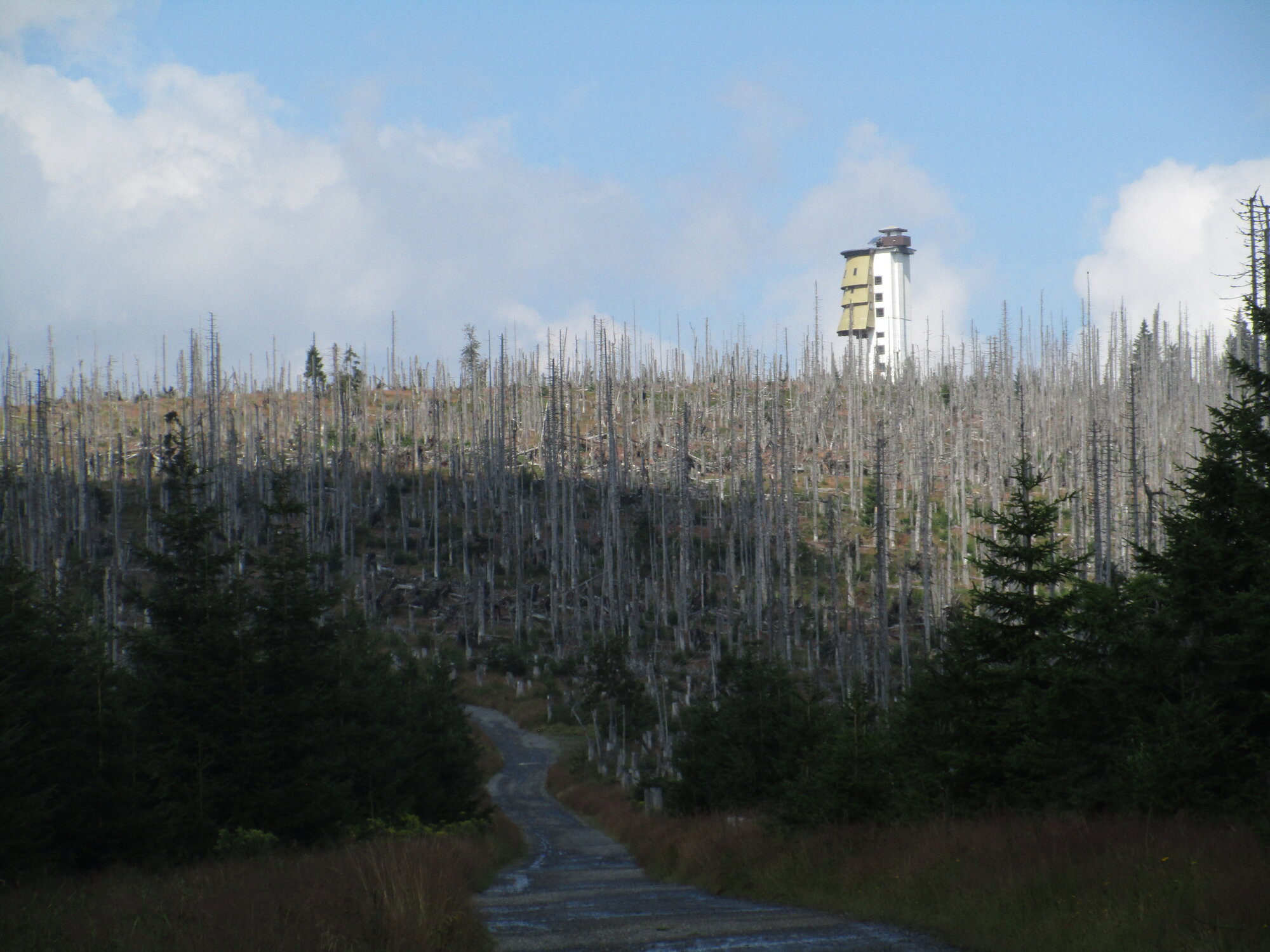 The meridian reaches an altitude of 1315 meters and is thus the highest point of the Prášil plains. The rounded gneiss peak lies not far from the German border. The name of the mountain is apt. When the sun was right above her, the locals knew it was noon. In the 1960s, a radio monitoring station Topas was built in Poledník, similar to, for example, in Čerchov or Dylen. From the 37 meter high military voice there is now a lookout tower, which provides a breathtaking circular view, if you are lucky with the weather, you can see all the way to Brdy or the Alps. At present, the lookout tower is under reconstruction, which should end in August 2021, but the view from the mountain is still impressive. Just below the top of Poledník is also marked the Polom adventure trail in the mountain spruce, which allows you to follow the restoration of the local forest stands damaged by Hurricane Kyril in 2007. 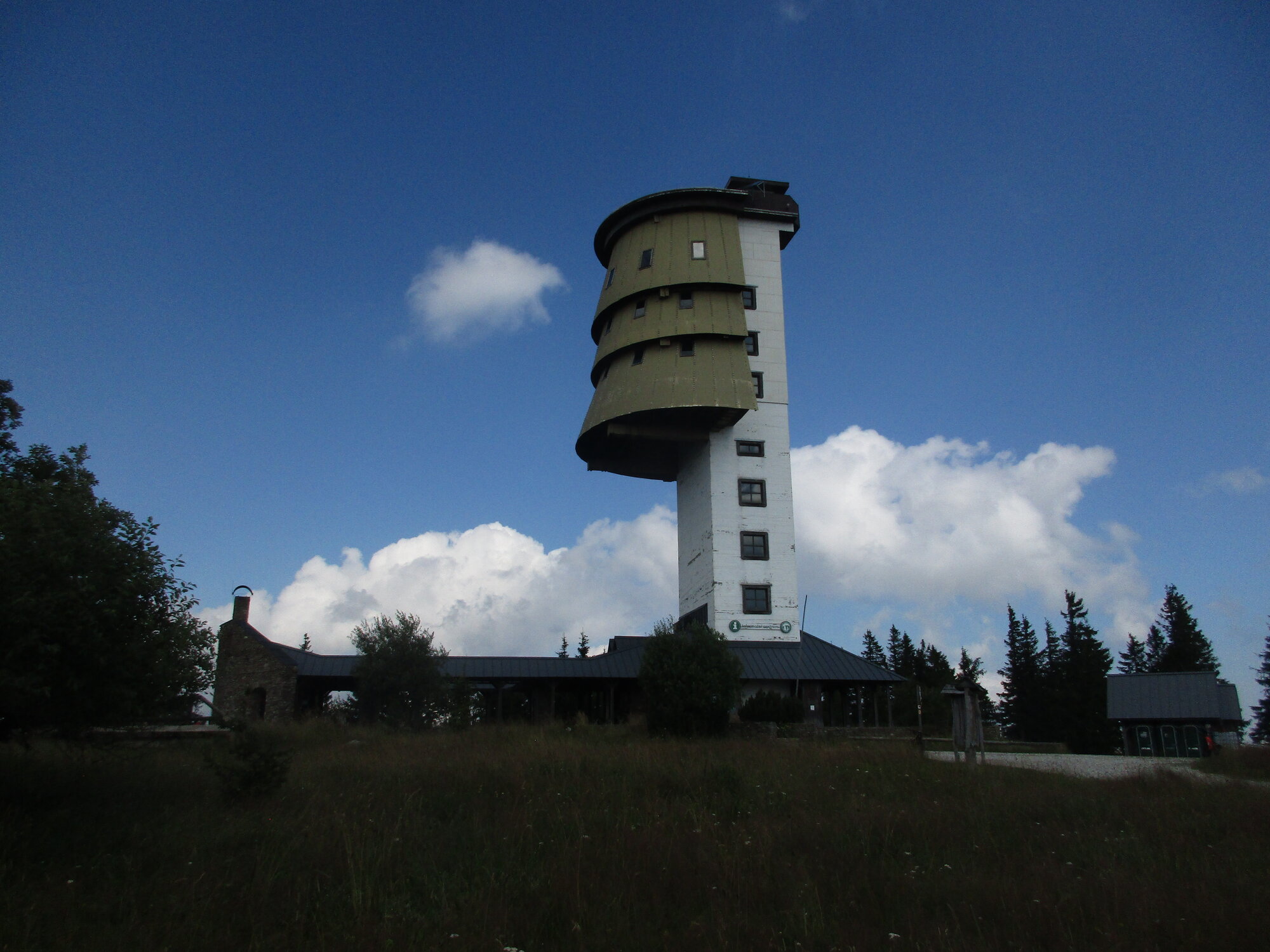 Most tourists head to Poledník from the former tank shooting range standing on the site of the settlement Grueberg. This settlement took over after World War II. Today there is a parking lot and just a short distance from it is an important signpost of marked routes. The fastest way to get to Poledník is along the yellow tourist sign, which at the crossroads of Liščí díra turns further into Zelená hora and from Poledník the green sign continues from there. But you can also go to Poledník by the border road through the former village of Dolní Ždánidla and the crossroads of Frantův most and U Bývalé roty. However, this road is closed from mid-November to mid-July due to the nesting and wintering of the capercaillie. After all, the whole mountain is located in a quiet zone, and therefore it is forbidden to move outside the marked trails. 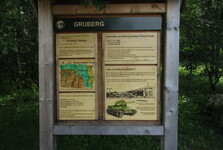 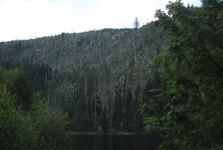 Another way to get to Poledník is also a red tourist sign passing around Prášilské Lake, which would definitely be a shame to miss. The lake lies in a car on the slope of Poledník, as well as other lakes on the Czech side of Šumava are of glacial origin. The water is held in it by one boulder rampart and two moraines, and the depth of the lake reaches up to 15 meters in places. The dark waters of the lake are said to hide several sad stories about unhappy lovers who ended their lives by jumping into the lake. One of these historically based tragic events is commemorated by the monument to Otokar Koreis. 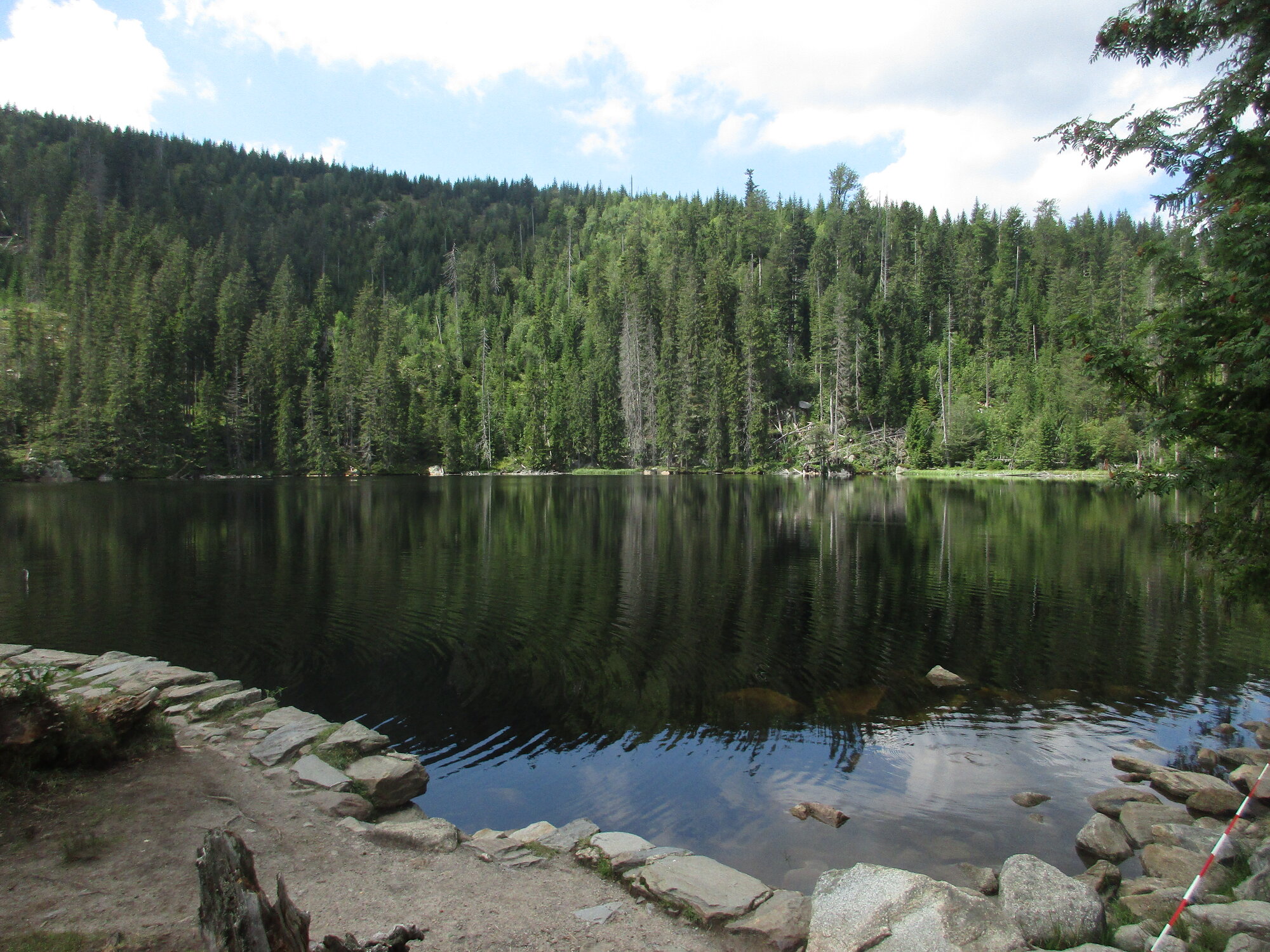 The mentioned road from the Grueberg car park, passing through the crossroads of Liščí díra, leads along a gravel road, but tourists have an elevation gain of 400 meters. In addition, the rocky terrain is not at all pleasant for cyclists, especially when descending back. You also can't get to Prášilské Lake by bike, but a wooden shelter has been set up for cyclists just below the moraine, where they can leave their bikes and continue on foot. For really good tourists, it is offered to continue directly from Poledník to Lake Laka.