en.infoglobe.cz » CZ, Prachov Rocks – The Best Trip You Have Ever Been To

CZ, Prachov Rocks – The Best Trip You Have Ever Been To

Published: 16.7.2021
The sandstone rock formation of the Prachov Rocks is the heart of the Bohemian Paradise. And as if every Czech should climb Sněžka, Říp and Hradčany once in his life, he should also walk through this captivating region. It belongs to the nicest we have in our country.

Inside the rock town are marked hiking trails - two backbone (shorter and longer circuit) are intersected by several other trails. If you have enough physical strength and time, you can crawl through the rocks through each crevice. I think you will enjoy it, the dull boring road really isn't. But it is quite strenuous. The trails lead you through slits between tall rock blocks, meandering around boulders, clutching you in damp, dark holes for a while to spit you out on a stunning viewpoint over a vertical escarpment. You are constantly climbing up and down the rock stairs, gaining lost altitude just around the first corner. It is good to know that you are in zone I of the Protected Landscape Area and walking outside the marked trails is prohibited. You will see the most valuable stands in places where it is difficult or even impossible to get. Rare 300-year-old pines grow in inaccessible places, which are also home to several protected bird species, especially birds of prey and owls. 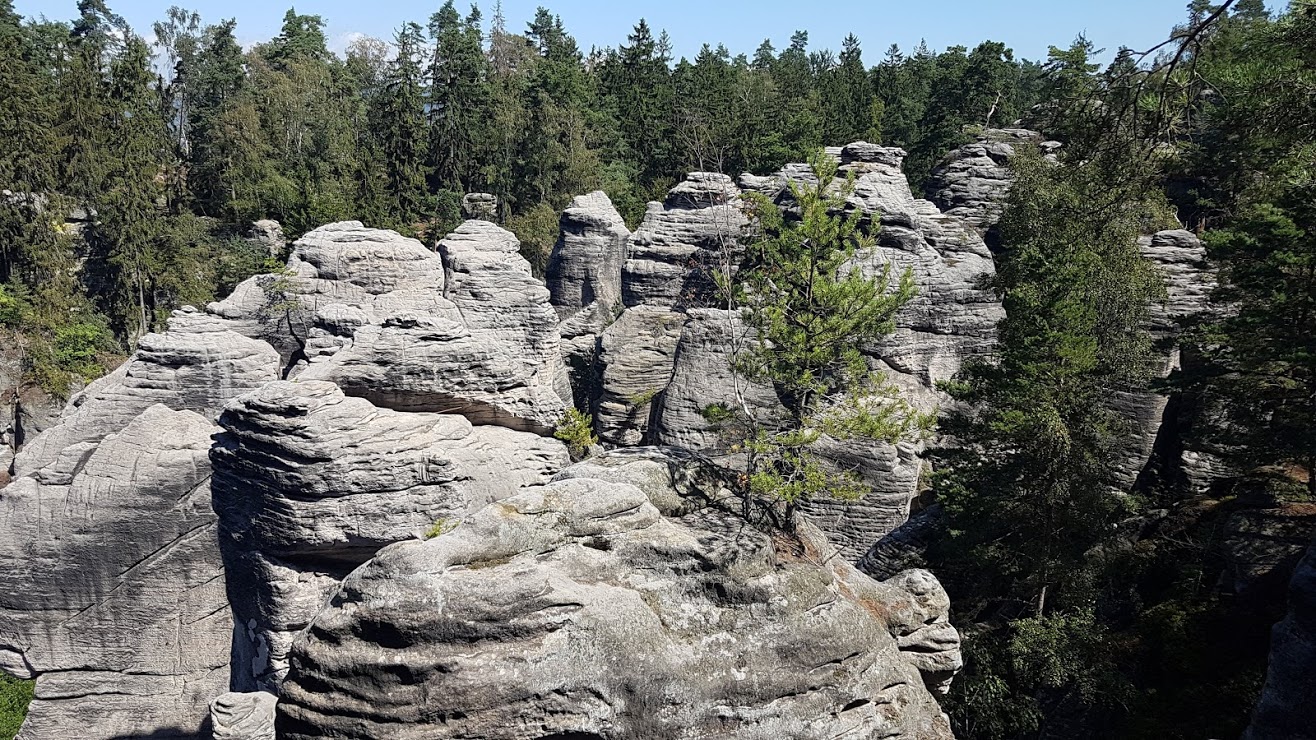 There are many outlooks, each with its name: Schlikova, Hakenova, Rumcajsova. Some of them only see the Prachov Rocks, others the surrounding landscape and also Trosky Castle. Many rock formations are also named and sometimes bear poetic names, sometimes their conquerors' names: Prayer, Sirotek, Žandarm, Ztracenec, Smítkova věž etc. 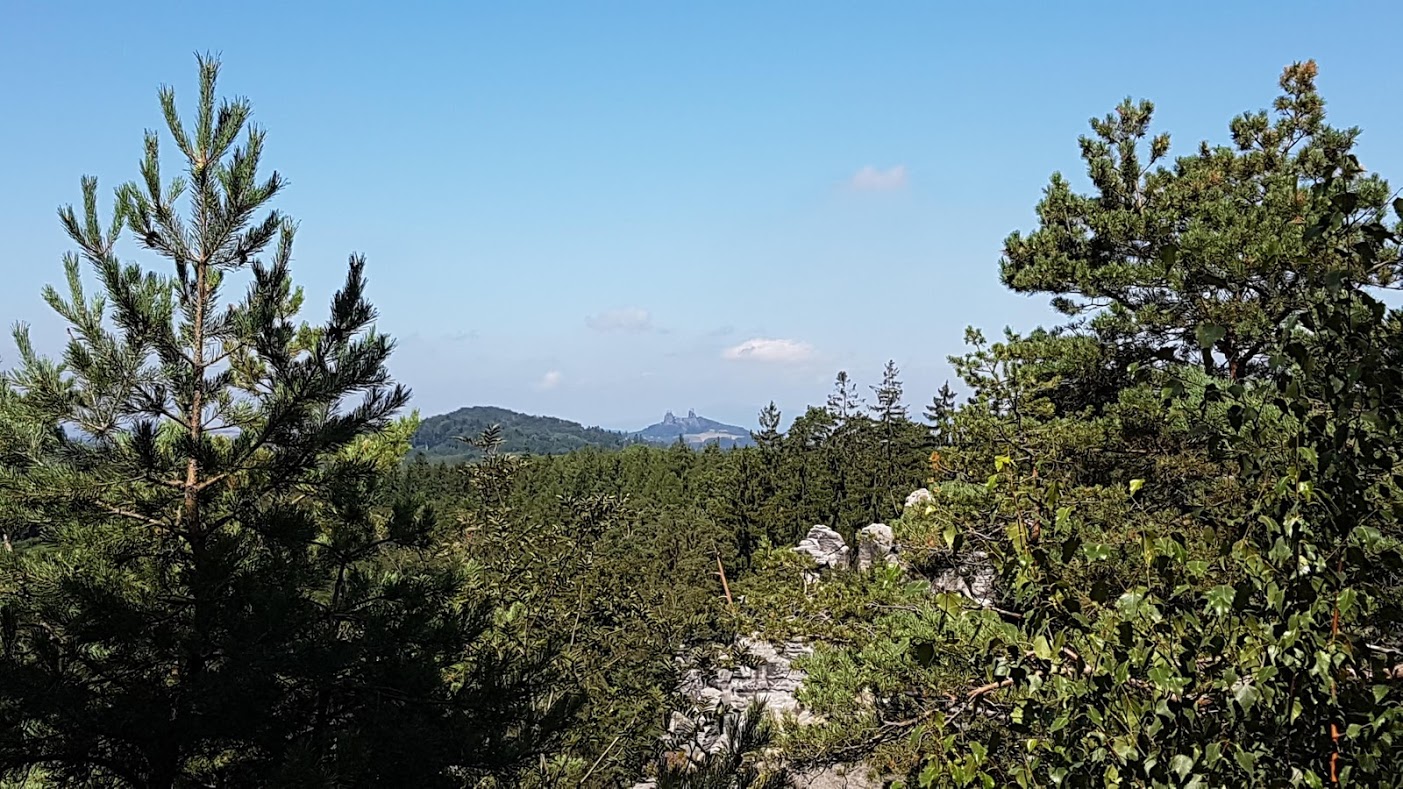 On some walls you can observe climbers of all ages, you can climb here, of course, provided strict adherence to the rules of the PLA. They are directed not to fall into the sand, but also to protect rocks, nesting birds and forest stands.

For nearly 400 years, the rocks with the surrounding estates belong to the count of the Schlik family. They fell to her after the death of Albrecht of Wallenstein and again in 2000, when they were returned in restitution after a 50-year break.

Rocks have witnessed several historical events that will remind you along the paths scattered monuments and plaque. Let us mention the bloody battle of Jičín, waged in 1866 by the Habsburg Imperial army against the Prussians. In this decisive battle of the so-called Seven-Week War, the Prussian troops were more successful, but later the plundering of civilian goods was recorded in the memory of local people. The local names of the Vražda and Na ponds are still reminded of these cruel days.

With a little exaggeration we can say that with the last buried soldier came tourists. At the end of the 19th century Vojta Náprstek and Jaroslav Vrchlický were here and the rocks were popularized here. Already in 1804, Emperor Franz I had a litter on the stretcher. After him one of the passages is called the Imperial Corridor.

Road and marked routes were built here in the 1920s by the Czech Tourists Club, as well as its base - the Tourist Cottage, which still serves as a restaurant to this day. 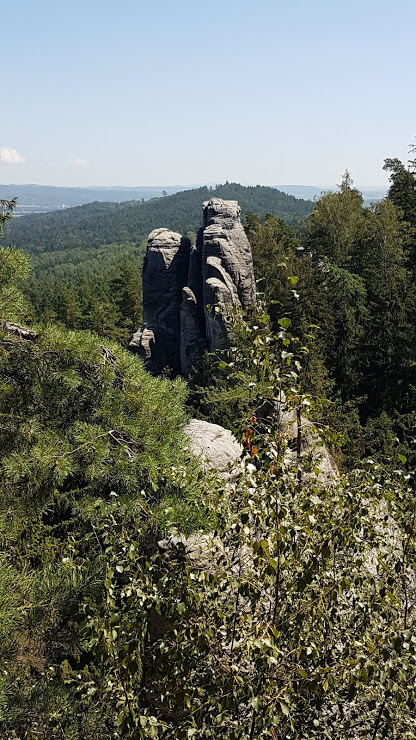 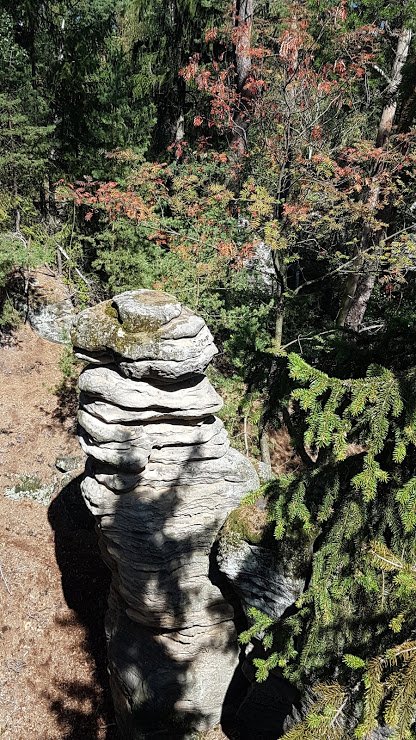 The rock city is accessible by two gates. The first one is directly in Prachov, the second about 2 km further by the tourist cottage. Here the road ends. In both places there is a parking lot, but its capacity is not sufficient during the season, so it is parked along the entire length of this road.

All facilities for visitors are at the entrance to the rocks, inside the rock town you will not find kiosks or toilets. There are only benches and rest areas where you can eat your own snack. The way is accompanied by boards with informational texts. They will answer the questions that you and your children can think of: what lives here and grows, why it is so called, how the surrounding rocks were created, etc. It is clean everywhere, disciplined tourists throwing garbage in trash bins. The rocks must not smoke or fire.

Keep in mind that the trip is not for everyone. The route cannot be overcome with a stroller or wheelchair, it is not suitable for very young children or persons with reduced mobility. Only the blue trail around the perimeter of the rock city is recommended as a stroller route. If you arrive by bike, you can use the luggage storage, ask for it in the information in the parking lot in Prachov. You also need to be well equipped in the rocks - strong hiking boots are a must. 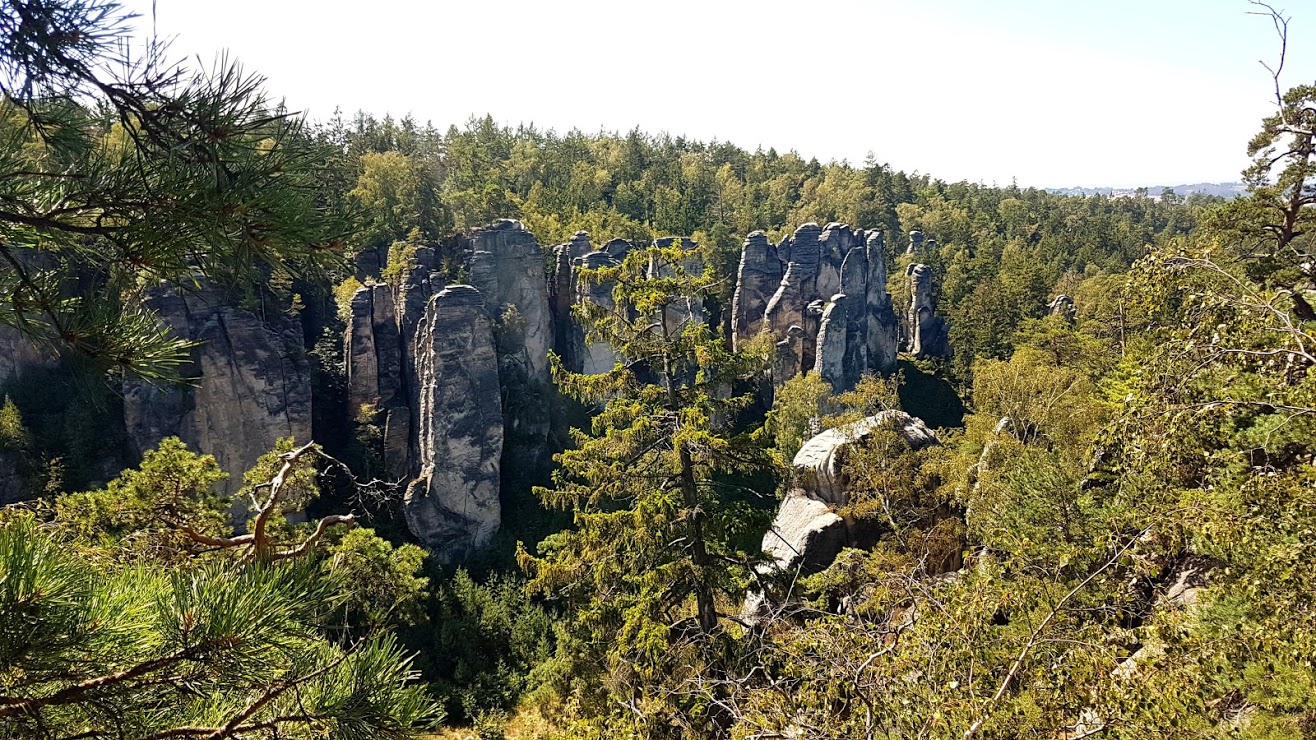 The shortest route takes about an hour and a half, but you can easily spend the whole day here. There is a ticket to the rocks (note! It is not possible to pay by card), but you can leave them for lunch in a restaurant and then return to the same ticket.

The tourist season runs from 1 April to 31 October and is open from 9.00 to 17.00, during the holidays from 8.00 to 18.00. If possible, choose to visit weekday. There are a lot of people on weekends. In winter, the rocks do not close, but no services work and in wet or even snow and icing trails are impassable.

Prachov Rocks are a popular destination for tourists, today not only Czech, but also Polish, Dutch, French… No wonder, it is really nice here.