en.infoglobe.cz » CZ, Prague – A Visit to the Botanical Garden 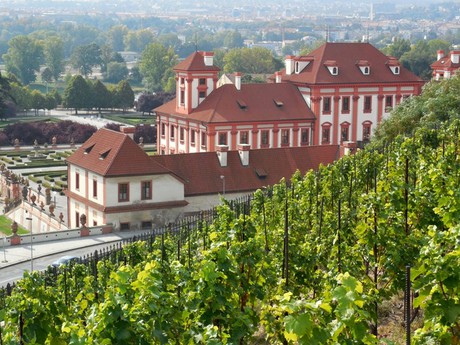 This district is situated along Vltava’s right bank. Tourists love Troja Palace, a baroque edifice with a small labyrinth, park, orangery, fountains or a zoological garden. The latter is one of the most popular attractions in the Czech Republic and one of the best zoological gardens in the world. Our destination is, however, the Botanical Garden of Prague which is situated opposite to the zoo. 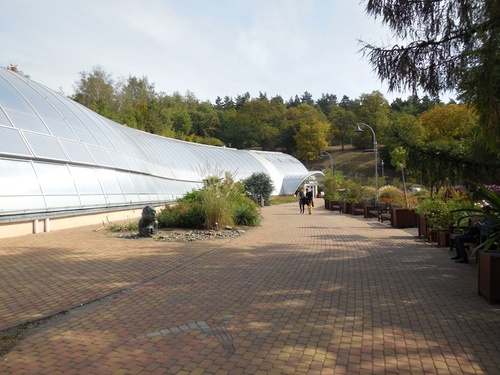 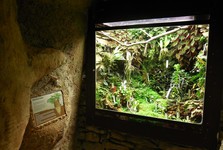 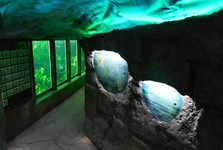 Once we bought the tickets a green paradise was waiting in front of us. The Botanic Garden consists of four sections. Fata Morgana greenhouse creates one section. It is situated along sunny south slope of Trojska hillside. This modern, glass “s-shaped” building was constructed between the years 1996 and 2003. Its price was 200 million crowns. 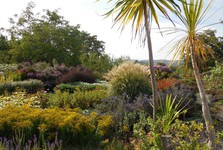 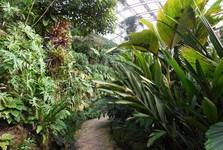 Once we entered there was a box office, souvenir shop, rest area where also toilets are, coffee machines, and also a check room. Behind the turnstiles there is 1750 m2 of tropical world . It is divided into three section according to temperature and humidity. We walked through tropical, subtropical, or even mountain climates. The beauty of the many flowers growing there is fabulous. There are plants from distant lands such as Madagascar, Mexico, Vietnam, the Philippines, Venezuela or continents such as Austrália and Oceania, Africa, South America and others. There are over 5000 taxons altogether. A tropical waterfall, lake with fish and frogs. You can loo at the lake from the surface as well as below it. Another exhibition displays tree roots under ground. These are usually very rare. Huge butterflies made our tropical walk much more pleasant. True feast for one’s eyes. 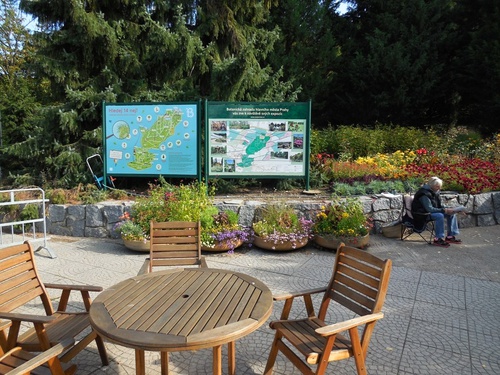 Except for Mondays and on holidays the greenhouse is open all year round. It is wheelchair accessible. You can connect to a free wifi at the entrance. You can visit it on any day and get some taste of true exotic plants just as we did. 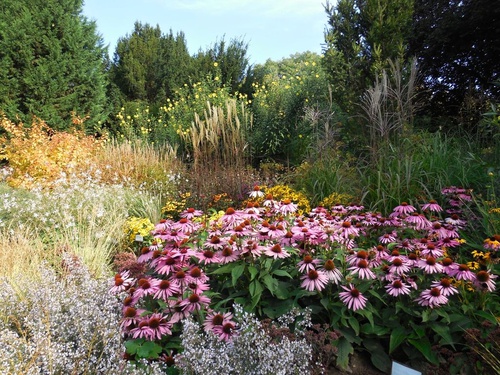 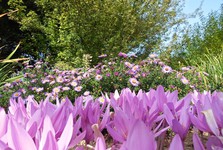 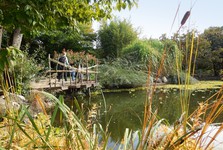 We moved to exterior exhibition at the botanical garden which were opened to the public in 1992. Every year they are bit extended and maintained. We walked through a Japanese garden, fauna of Turkey and Mediterranean, forests of Asia and North America, Peony meadow, lake, and wetlands. A huge central meadow caught our attention. Locals go there to have a picnic. Close to it are vendors selling souvenirs or some food and drinks. AAt the time of our visit there was just a pumpkin exhibition taking place. And it was something. Also, examples of petrified tree stumps were very interesting as well as a three-finger dinosaur casting which comes from U Deviti Krizu quarry. You can see the casting on pavement at St Klara’s chapel . 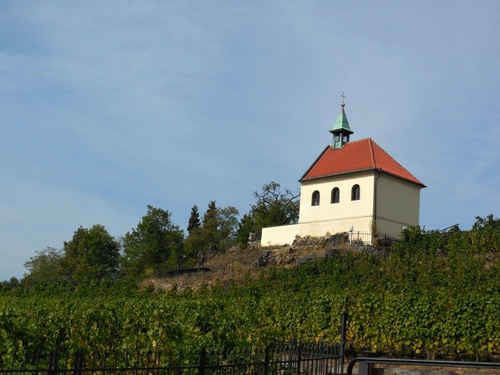 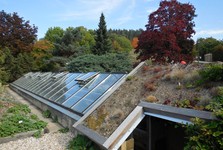 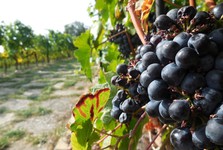 Once we have mentioned St Klara’s chapel built by Vaclav Vojtech of Sternberg in 1878-1685 which proudly stands above the botanical garden and its so-called St Klara’s vineyard. He also built Troja Palace for his wife. The vineyard is a protected landmark. It reminds of forgotten glory of Prague’s wine-making. There are presentations of various varieties of vine, the history of it and cultivation. Here you not only watch but also taste. There is a small wine cellar where you can buy wine grown on St Klara’s vineyard. We couldn’t resist this temptation. After a short break including a glass of wine and a view of Prague we continued in our journey. 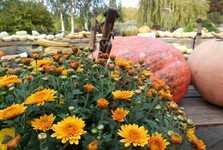 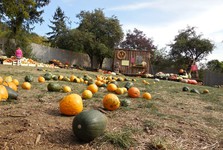 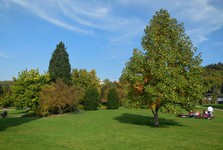 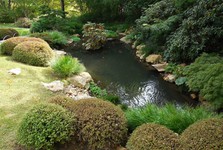 We walked into the Stran exhibition through couple of gardens. Stran is some kind of a forest park which included Havranka nature trail, a leaned iron observation tower, huge iron sculptures or a 180 degrees viewpoint. The botanical garden prepares a new exhibition on honey plants and beekeeping. But there is some still time before it opens. 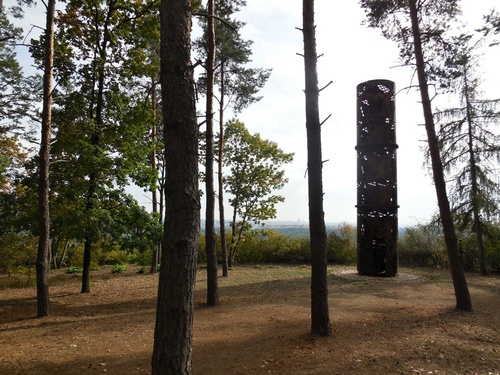 After about five hours of walk in the fresh air and beautiful nature we left one of the most beautiful botanical gardens we have ever seen. If you love plants don’t miss this one. 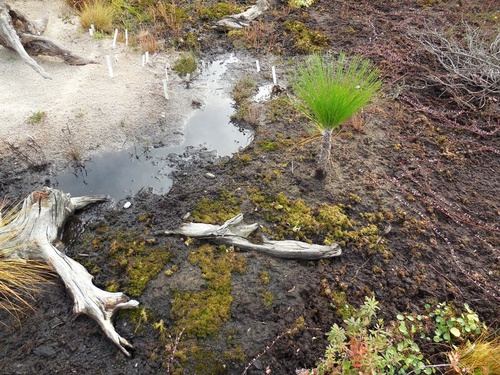