We will start with the most sacred place of all Bohemia, in the cathedral of st. Vitus Cathedral at Prague Castle. On December 26, there is a worship service from 10 am. If you are not a Catholic practitioner and you are interested in the cathedral as a tourist, you can come at 12:30 pm. Since the history of the cathedral and the interior furnishings are very complex and rich, we recommend a guided tour. Only in this “mother of all churches”, the box of the graves of the saints of the earth and patrons, will you not miss anything. Admission to the cathedral is free. 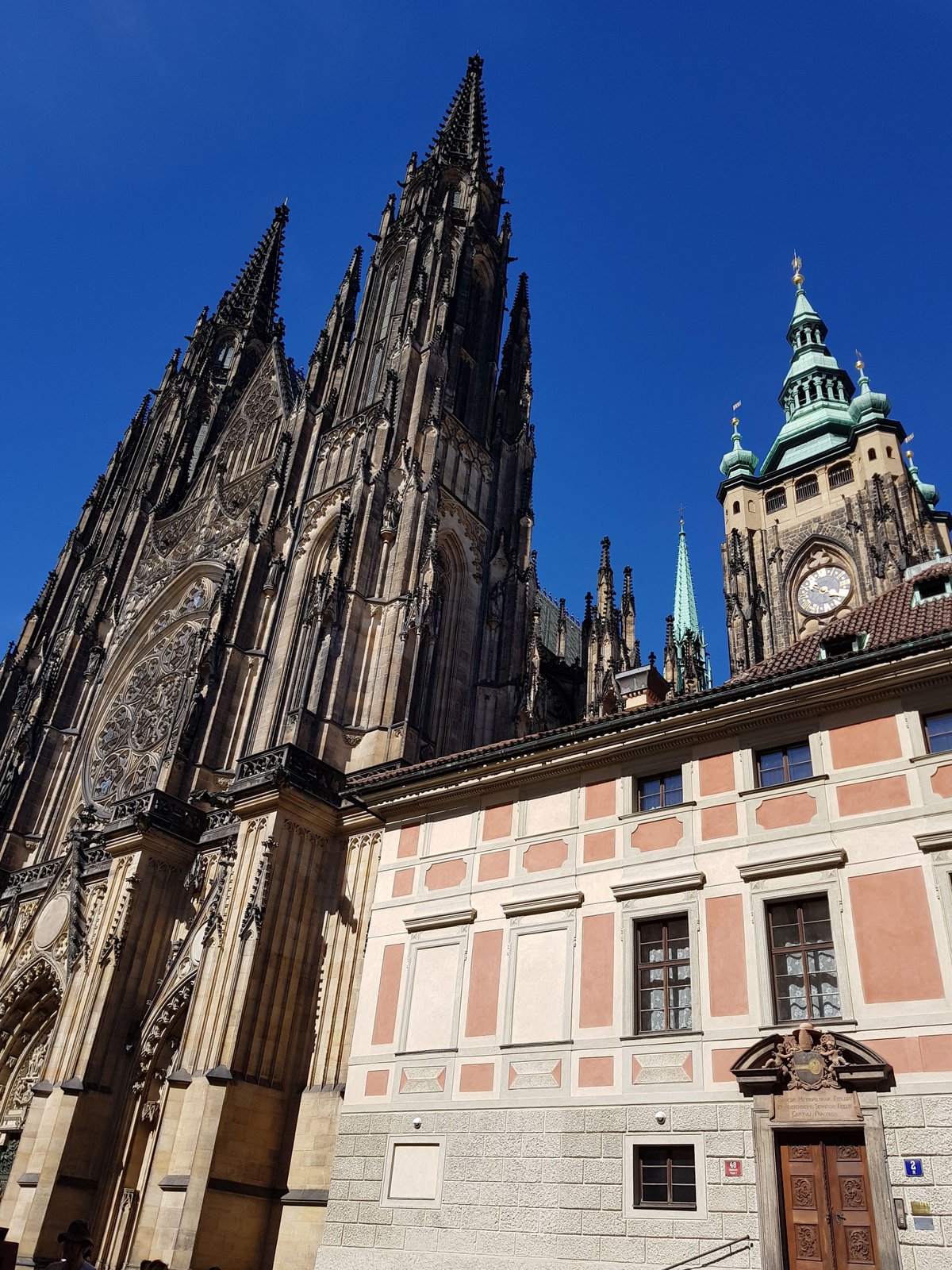 Across Hradčanské Square to Nový Svět

The cathedral experiences are best absorbed during a romantic walk. The castle gate leads to the large Hradčanské Square surrounded by palaces. Our eyes are attracted by an unusual ornate lamppost in the middle of the square. It is an eight-arm cast iron column of gas lighting from 1868. We head across the square to the right corner to the Renaissance Martinic Palace, around which we will pass through the narrow Kanovnická street. At that time, the low development of mostly renaissance and baroque houses, stone witnesses to the life of castle servants and the common people began. Behind the Baroque Church of St. John of Nepomuk and the building of the former monastery of ruthenium on the left begins New World. 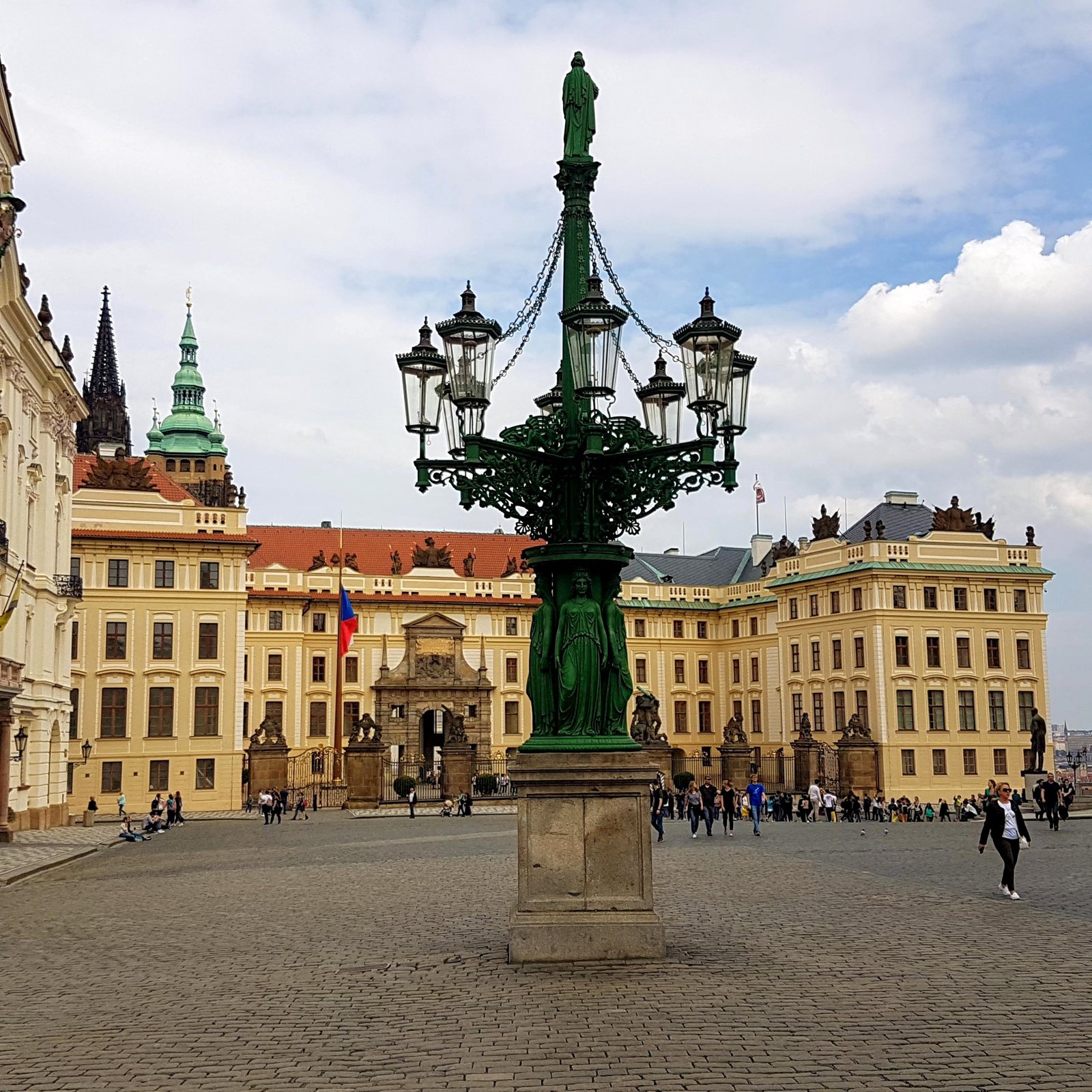 We find ourselves in the most romantic alley of Prague's Hradčany. Here, each house has a history that would make a novel as you walk through, you will feel the stories directly. Each house has its own name: Golden Pear, Golden Plow, Golden Lamb, White Lion, etc. According to the northern side of the New World flows the Brusnice brook, to which the courtyards of adjacent houses slope. In the long wall that lines this side of the street, there is a gate in one place that leads to a quiet public garden with old trees and a playground. In the neighborhood there is a refreshment stand and a summer theater scene. You won't believe you're in the middle of a metropolis! 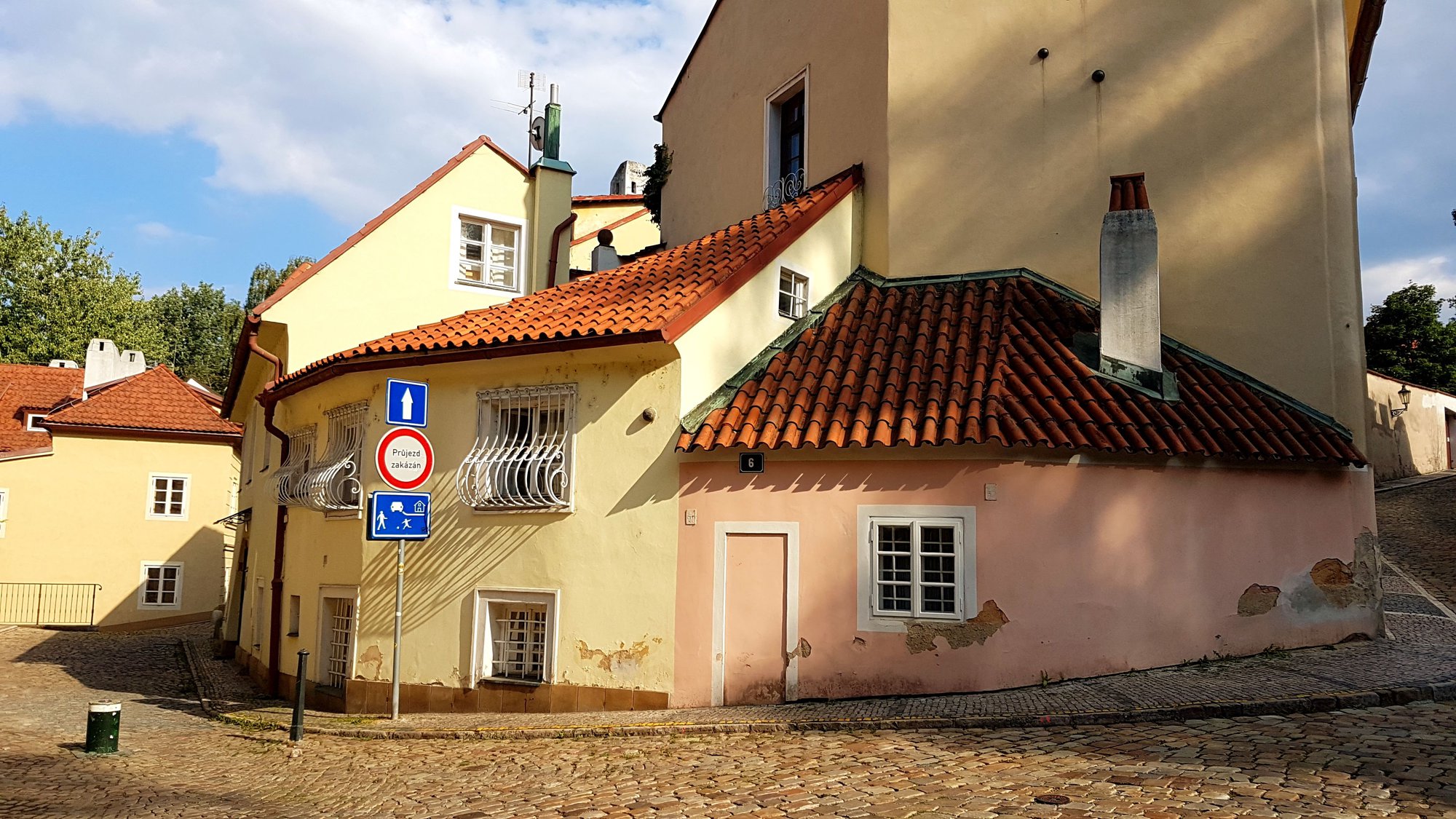 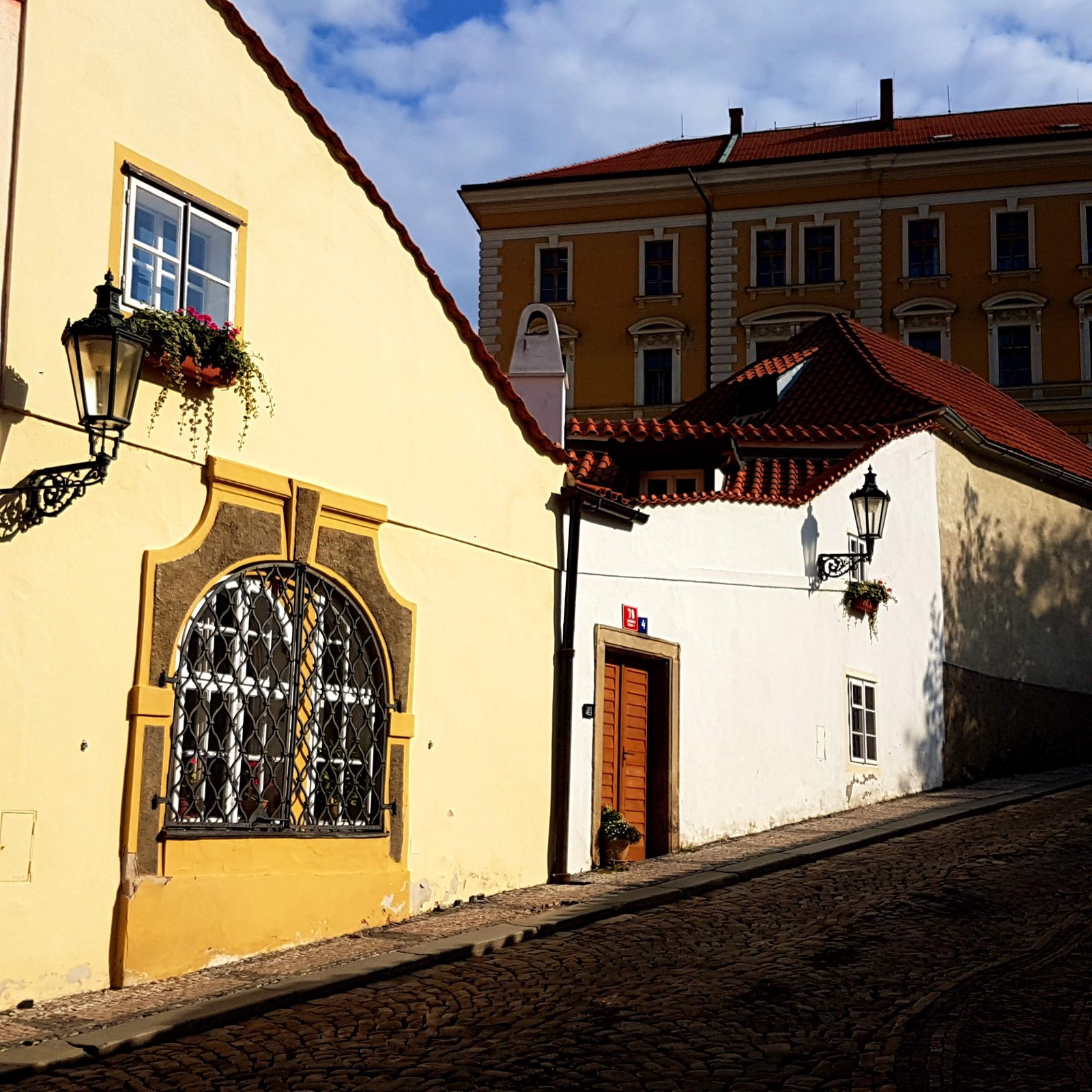 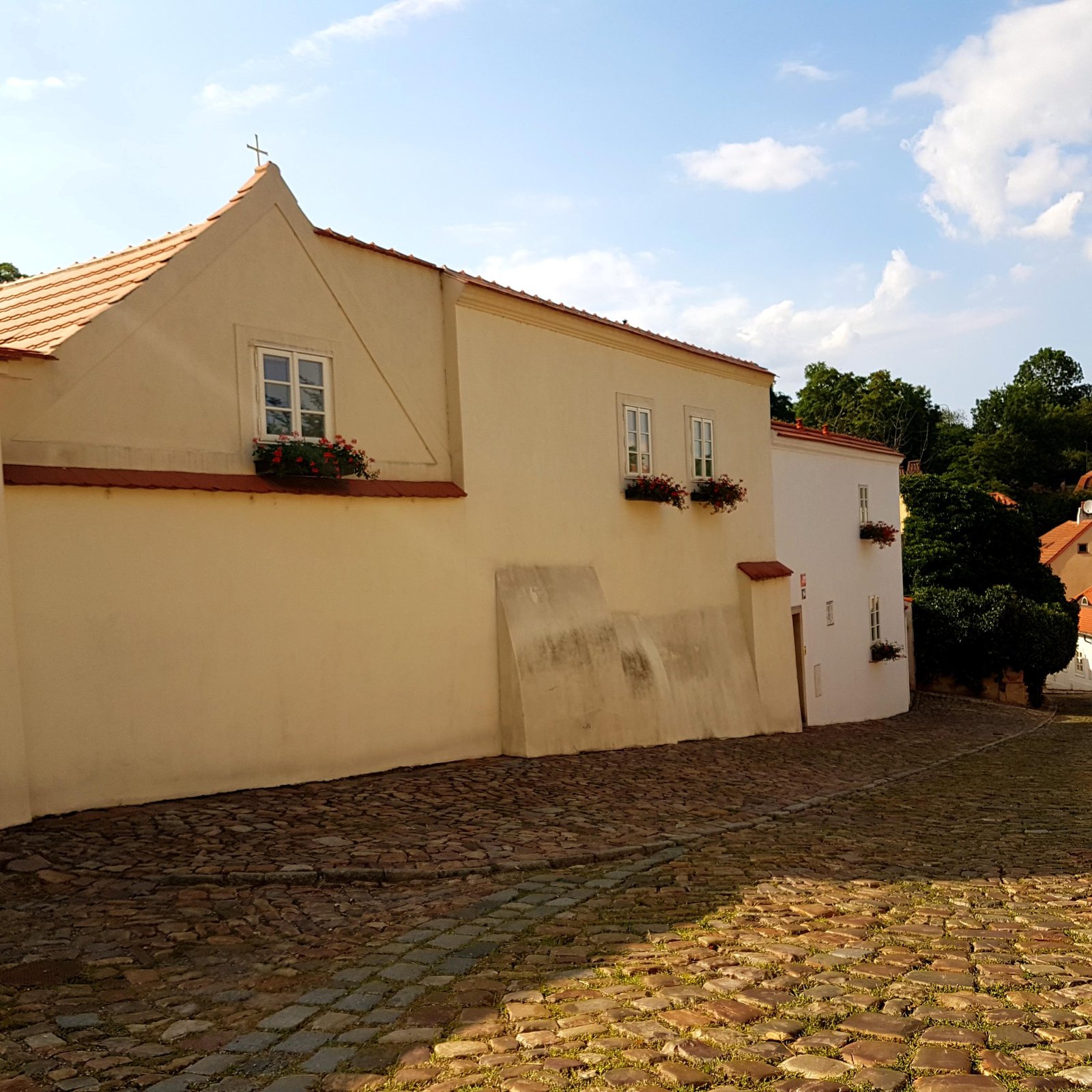 At the end of the street stands the only Prague timbered cottage. The current one is only a copy (albeit faithful) of the original building from the 18th century. Brusnice used to flow right through the yard, which is now led through subsurface piping. Perhaps since that time it has been called "U Raka". Today there is a restaurant and a hotel. For a few years the house belonged to writers Arnošt Lustig and Otto Pavel, who bought it together. Against the cottage is a massive wall of Prague fortifications and left from a small square rises Černínská street. 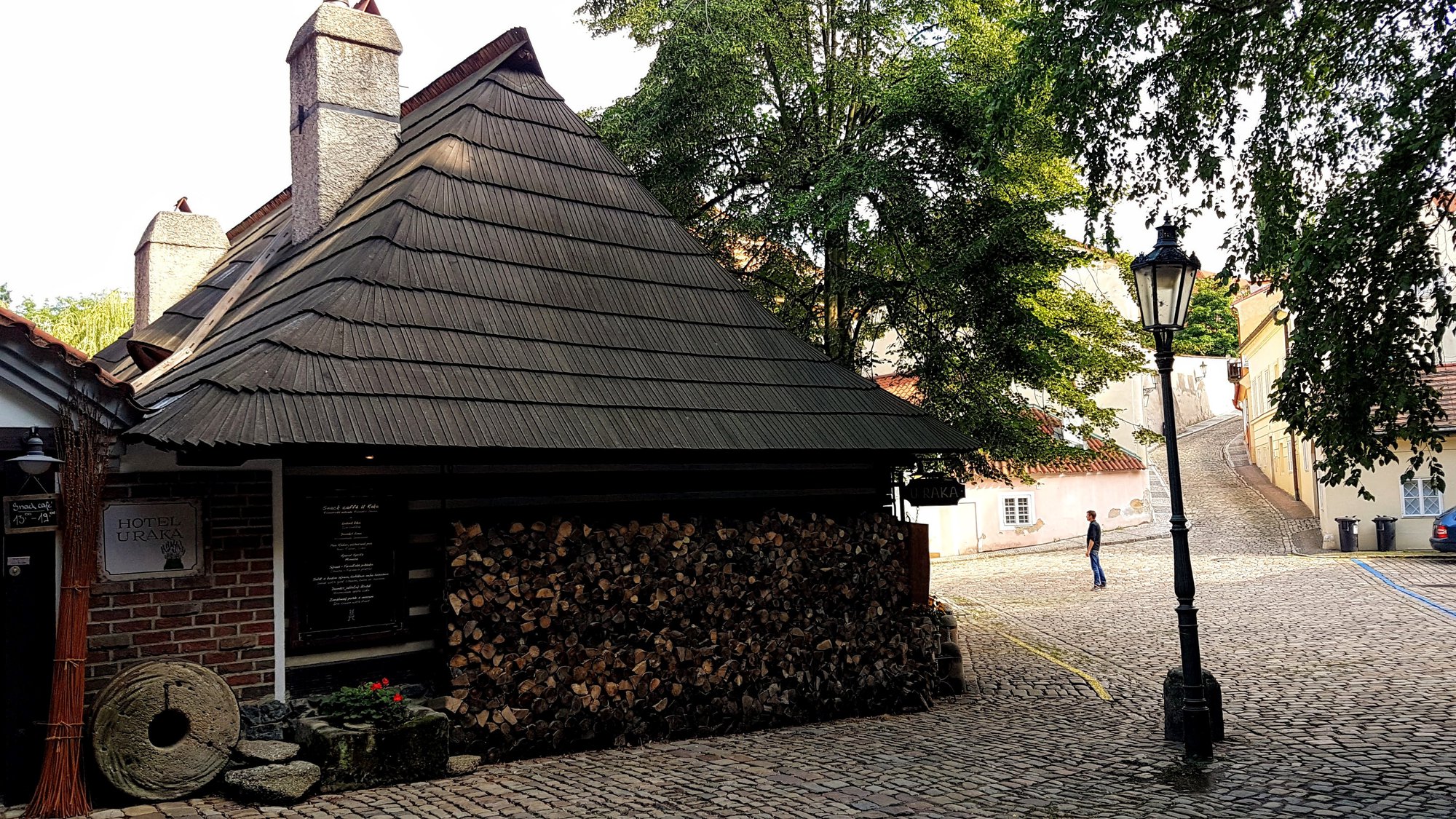 The New World used to be a neighborhood of the poor, but for its genius loci it has always attracted artists and creatives of all disciplines. Many houses carry commemorative signs commemorating their famous inhabitants. Tycho de Brahe lived here as well as pianist Rudolf Friml, whose sister married Karel Hašler, Milan Knížák, director Jindřich Poák etc. In Černínská street is the house of Karel Zrzavý, Švankmajer lives on the number and the katovna around the corner belonged to Karel Kachyňa. 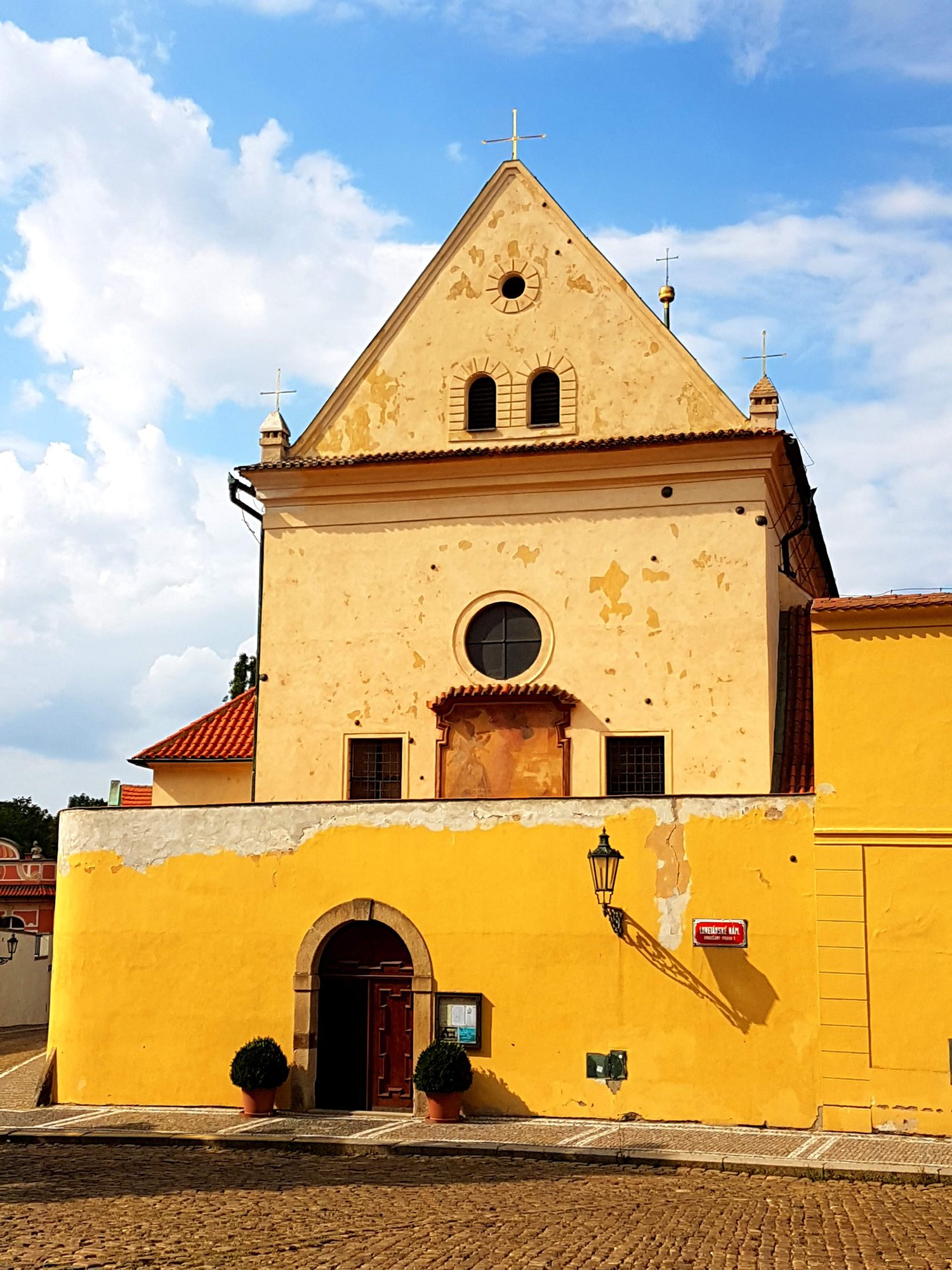 Černínská street goes to Loretánské square, where you can see a traditional life-size nativity scene made of straw statues in the Capuchin church. We'll keep Loreto and Czernin Palace next time, now it's time for a mug of mulled wine.