To the square you can get by several entrances, which are the most famous one that runs through Neruda street.

If you go from the tram station Pohořelec, you will walk by Loretta Street to the square. Among other entrances include Prague Castle, the Castle stairs and Kanovnická street with town hall steps. 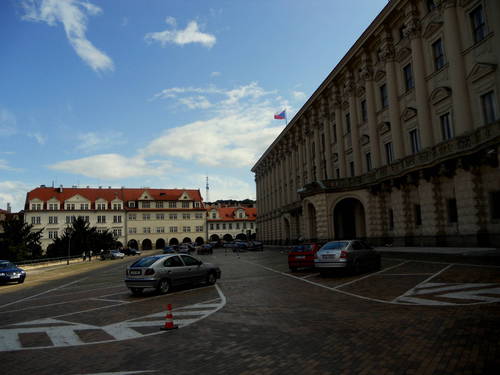 Archbishop's Palace is located at Hradcany Square near the main gate of Prague Castle and it is the seat of the Prague´s bishops and archbishops.

In the second half of the 16th century by Emperor Ferdinand donated the house near the Prague Castle Archbishop Antonín Brus of Mohelnice (1561 - 1580) as the Archbishop's residence. Originally Gothic house was rebuilt, to the present are preserved medieval walls and some original features, such as scenes of "Jacob's Dream" and "Bear-eating wolf."

In the following period the palace was rebuilt in Renaissance style, the chapel on the southeast side with paintings illustrating the life of St. John the Baptist and others from Daniel Alexia of May.

In the 17th century Roman architect J. B. Mathej, which occupies a prominent place in the Czech Baroque period, was carried out major reconstruction, which identified today by the appearance of the palace. During this period in the middle of the main facade was built balcony of slivenec marble. 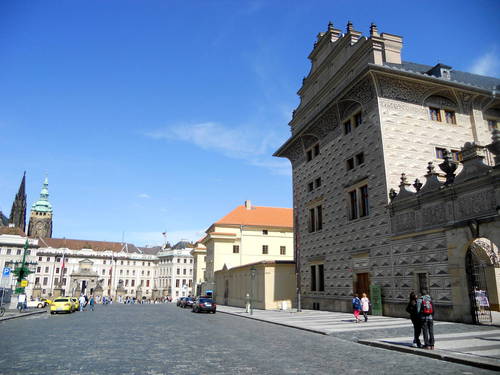 In the 18th century Archbishop Antonín Petr Příchovský of Příchovice (1764 - 1793) made another major reconstruction of the palace in the rococo style. The reconstruction made architect J. Wirch, which also bridged the aisle to cry Sternberg and state rooms decorated in rococo style. Archbishop bought a rare collection of tapestries, set in gilt frames and representing tropical landscape with exotic plants, animals and humans. The rich decoration of the facades is the work of Ignaz Platzer. From this period also comes rococo main staircase with wrought chandelier, lamps and railings. At the end of the 18th century archbishop's palace near the garden was established.

In the 19th century, in Cardinal Prince Schwarzenberg (1850 - 1885) time, the palace wasn´t fix almost, because all of their income of goods from family farms Archbishop gave in Hluboká mostly poor. His successor, Cardinal Francis de Paula, Count Schönborn (1885 - 1899) conducted a thorough repair of the entire residence, including new plaster facades of the main building, built stables and laid new parquet floors. 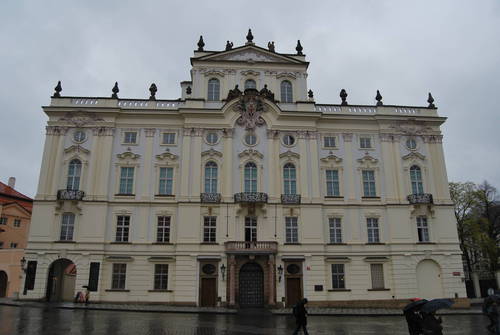 In the early 20th century Cardinal Lev Skrbenský continued to repair the residence. During this period the palace was set up telephone lines, made replacement of staircase, introduced electric lighting, kitchen renovation, etc.