Published: 30.3.2012
On the border of Vinohrady is located a picturesque park with a nice atmosphere and many places to explore.

From the time of Charles IV., in the area today Grebovka which lies on Vinohrady in neighborhood with Vršovice and Nusle were found vineyards, fields, pastures and gardens. Only in the 17th century there were several settlements. In 1870, company co-owner and Schebek Lanna, a wealthy industrialist Moritz Grobe, began in this area, buying land and since 1871 at the following locations on the plateau above the valley around Botič stream, began to build his large office. The author of the project was Antotnín Barvitius who worked on the construction of inter alia, with Joseph Schultz, who is credited with the interior construction and builder Frantisek Havel. The inspiration for two-story residence Groebe was the Italian suburban villa, which built the aristocracy as their holiday homes. The building was used spoil of Vinohrady railway tunnel built. 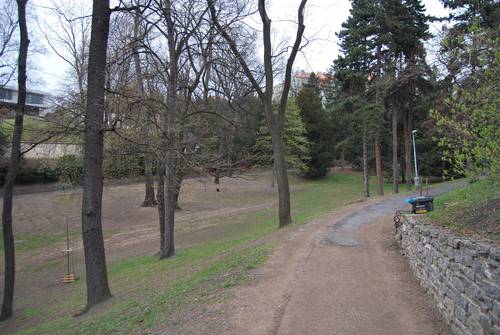 Surrounding the villa designed for the Italian Renaissance style was as flashy as the villa itself. Gardens can be found in an artificial stalactite cave (Grotta), terraces, fountains, fountains, gazebo, pool, water cascades and statues by Bohuslav Schnirch. 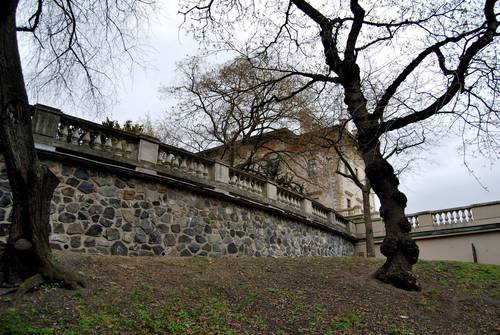 The whole complex was completed in 1888 and 1891, when Moritz Grobe died, his heirs found that maintain a large office is very expensive. Therefore he began renting in 1905 and sold the city of Vinohrady. The modifications carried out in May 1906 under the name Havlicek complex sets (in honor of the journalist, philosopher and politician Karel Havlicek Borovsky) opened to the public. Until the Second World War the park was regularly maintained and closed in the evening. Buildings in the park used the College of Forestry, the villa itself was used as a children's home Bax´s tours where youth housed outside of Prague. 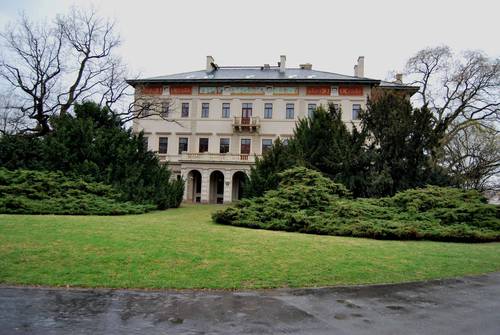 During the occupation period villa was the seat of Nazi Hitler youth organization and the end of the war, in February 1945, was destroyed during Allied bombing. 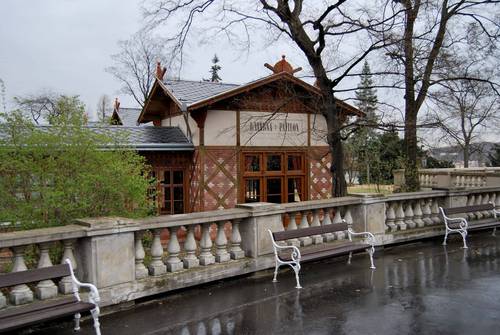 At the beginning of the fifties led by architect Pavel Smetana and was reconstructed from 1953 to 1990 the villa was central house pioneers and young Julius Fucik. In this period there were made many anaesthetic interference in the construction and decoration. In 1964 the complex was declared as cultural monument. 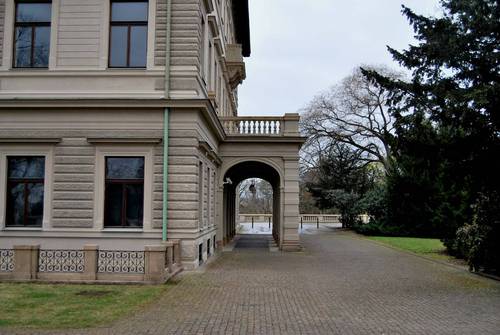 In 1993 the vineyard area of ​​1.7 hectares fell into the ownership of Prague 2, which since 1997 are held each year Vinohradska vintage. Today, the varieties grown here as Miller-Thurgau, Pinot Gris and Pinot Noir. In total, annually produces 4000 litres of wine. In 2003 have started reconstruction of the villas and park. 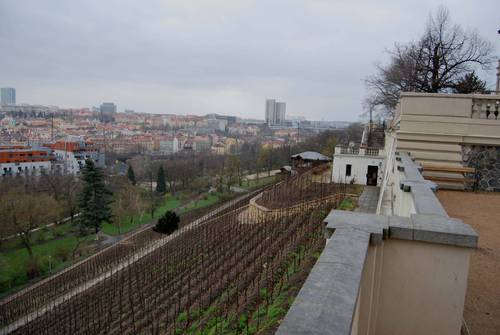