We have learned about the existence of such sight before. Today, we finally managed to visit it. Water World , as it is also the name for the exhibition ground in Holesovice. The journey is well marked. Before entering are placed benches, cafeteria and information boards, which are presented interesting facts. 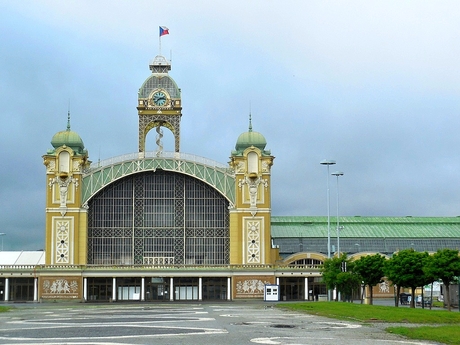 The journey is well marked. Before entering are placed benches, cafeteria and information boards, which are presented interesting facts. Czech Republic . We were also attracted by a board luring us for 350 animal species , the largest tank that has a capacity of 100,000 liters of water and the oldest inhabitant, which is merostomata. 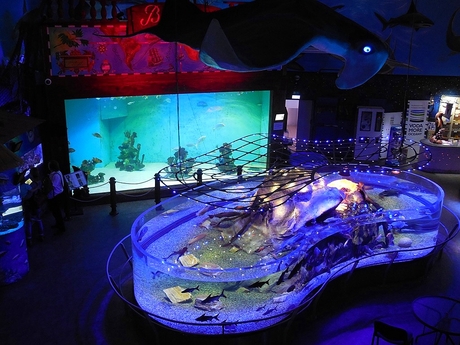 Even before we bought admission, we read the operating costs of the marine world, which are also presented in a playful way before entering. Thus, a person at least realize that the operation of this attraction is not at all cheap. For example, a salt operating assistant pay 600,000 CZK a year for water over 110,000 CZK for electricity over 1,680,000 CZK for meat, whose "fish" consume up to 7500 kg is a year to nearly 400,000 CZK, and thus we could still continue for quite a while. Feeling that ticket purchases will support itself inhabitants of the underwater world. So we went inside. 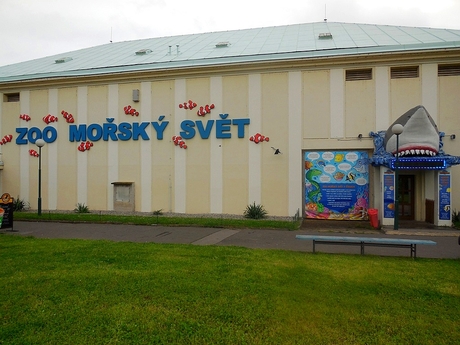 At the reception we were welcomed by friendly smiling lady who pointed us to the basic rules to touch the animals and then let us in.. Nor do we know how, and suddenly we found ourselves in the middle of a world that is for us Central Europeans so far. Painted walls with marine scenes evoke in us that we are part of the ocean. It is interesting that the painting itself is the largest hand-painted mural painting in Europe. All around were deployed in the aquarium, which was dominated by a huge one, located in the middle of this beautiful area. Gradually we walked from small fish to larger fish, until we finally got to the really big pieces. Since we are not experts prefer not to name them like Nemo and Dory, or cartilaginous fishes on behalf of sharks and rays and turtles are sure to find. 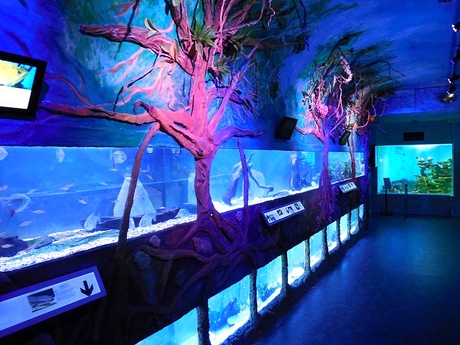 As we already ran around the entire bottom of the large room and thought that it is all we can offer sea world, suddenly we saw the stairs to the next floor. We did not hesitate and went after him. At the end we had a surprise in the form of " Space lagoon ". It is a kind of symbolic expression linking the universe, the sea and the human soul. In the pleasant gloom shimmering gemstones from amethyst and crystals that were plastered everywhere. The whole thing seemed to us as if we were in the cave. In the center of this work of art, the canvas on which music to accompany screened marine life on coral reefs. There were also chairs where you can sit and enjoy this so beautiful space . 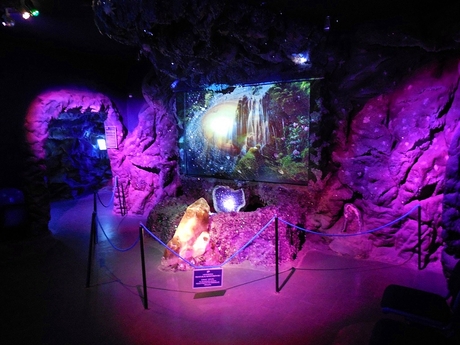 After a moment of contemplation we left "Space lagoon" and went to the exposure of coral caves. We sumptuously eyes off the colorful coral fish, live corals and other marine animals. After about a two-hour tour we are full of impressions and experiences happily left. 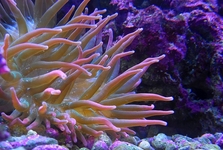 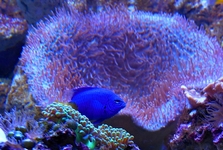 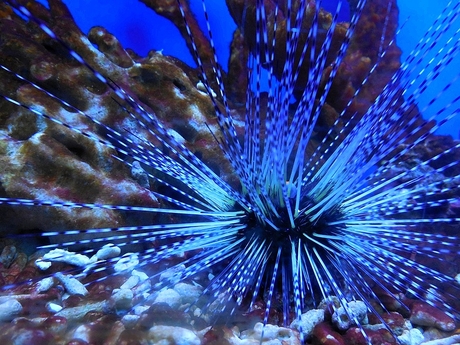 Compared with the biggest underwater world in Central Europe Tropicarium Budapest While this is a lot smaller, but still offers very interesting, thanks to the descriptive tables and instructive walk throughout the year. Therefore, if you live inPrague,  or its surroundings, or you are planning a visit there, do not miss the Water World.