We planned our route other way round than in the direction of seven-kilometer long nature trail. The start is on Reporyjske Square and finish is below the viaduct in Prague’s Hlubocepy neighborhood. 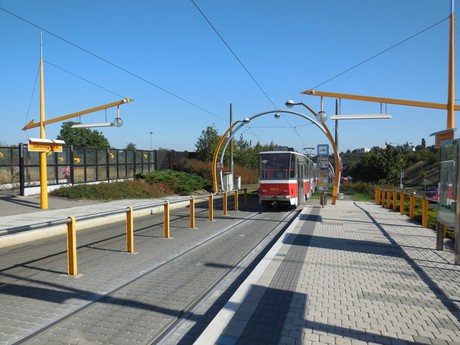 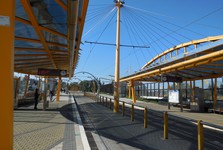 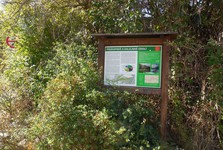 We took the B line to Smichovske train station. There we transferred to a tram which took us to Barrandov. We get off at Geologicka tram station, a nice name considering the purpose of our trip. After while we were in the network of streets among houses. A steep hill got us to Hlubocepska Street – below beautiful and monumental railway viaduct near which is another one. Together they form two railway bridges termed Prague Semmering. You can cross the bridges by taking a train at Smichov, for instance. The viaduct we were standing below is 115 meters high and 25 meters long. This construction was built during the years 1870 and 1872. The best view is from up one of the surrounding hills. 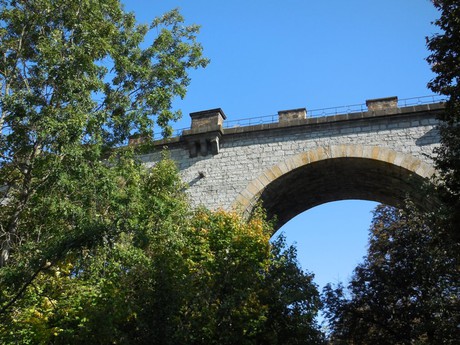 We went on along asphalt road towards Prokopske Valley and soon turned to Prokopske Lake . This beautiful lake is 106 meters long and 26 meters wide. The lake is below steep limestone cliff. It is a result of mining activity and you can see the lake even in the famous movie Pelisky. Sun rays were getting trough colorful treetops and glittered on lake’s surface. Perfect romantic atmosphere. 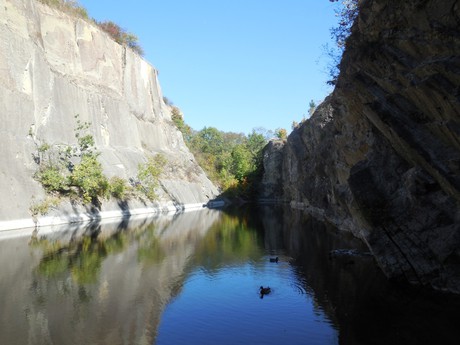 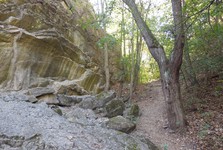 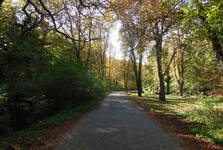 We were walkig through valley and high canyons. We literally walked through many geological era not just the Paleozolic. For a while we were in the Ordovician, Devon and so on. There were fossils, mysterious caves, rocks all around us. Information tables told us about fauna, flora and what is important from the paleontological point of view about this area. Many fossils of trilobites and mollusks were found here. Also were found here remains of mammoths, rhinos or humans. The French geologist Joachim Barrand made this area famous for his work. He documented over 3600 fossilized species. Today’s housing development Barrandov was named to honor the French scientist. Also, a huge territory between the cities of Plzen and Prague bears his name as well – Barrandien. We walkejd through the natural sights such as Ctirad, Opatrilka – Cerveny Lom, Dalejsky Profil, Cerny Lom, Muslovka etc. 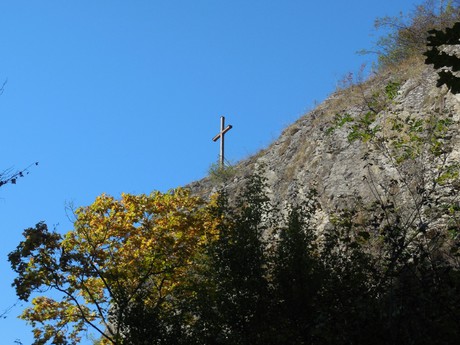 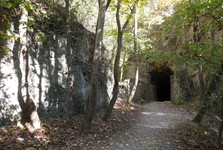 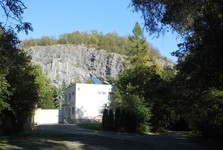 We ran across a cross on a cliff which looms above the Dalejsky Creek. The cross is a memorial to Baroque-style St Prokop’s church. The church was built between the years 1711 and 1712. Mining in the Prokopske quarries and German bunkers built during the second world war caused terrain erosion. We ran across a highly secured military facility the objective of which is unknown. The area of the former Kluokovicke pool where are benches and a children playground was nice experience. 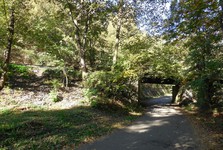 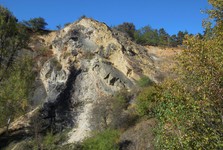 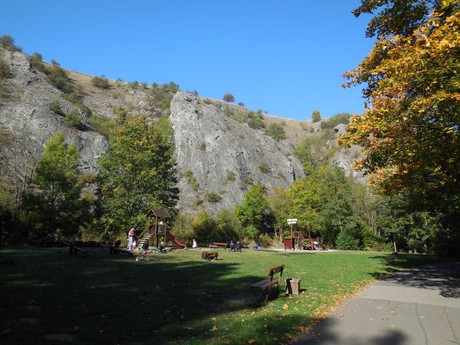 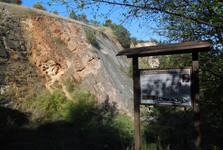 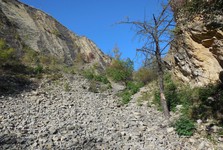 At the end we came to a torso of the 18th century Trunecek mill, locale a spot below Placata Rock . We could see trace fossil (records of sea microorganisms) with naked eye. By following the creek we came to Reporyjske square. The most distinctive building there is church of St Peter and Paul. We rewarded ourselves for the 4-hour trip inside a cake shop on the square. 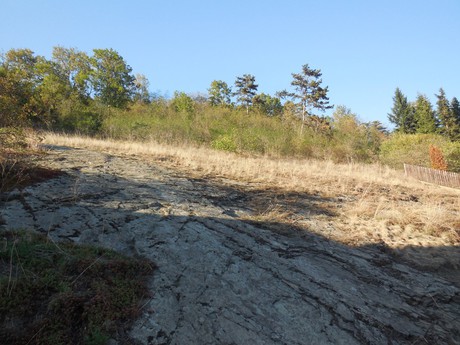 If you happen to travel across Prague we recommend you to walk through the valleys which isolate one from big city noise and uncover you hundreds of millions of years of life. 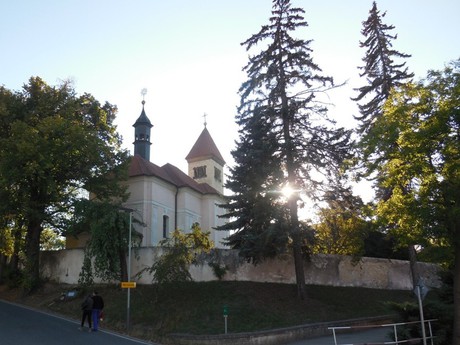