Since 2014, the Museum of the Capital City of Prague has been administering five prague towers. It is obliged to not only maintain the towers but also to promote their history in interactive form to foreign and domestic tourists. A visitor of a tower can ask for a Honest Keyholder of Prague’s Towers Pass after buying a ticket. A visitor would also receive a working sheet with questions on a particular tower. When he or she fills the right answers he will get a stamp with an image of a key. And when he or she finishes four sheets in four towers he will receive a gift. Five stamps which should be brought to the main building of the museum on Florenc will get a visitor a fre ticket and an attractive key charm. It is a copy of a historic key. Whole families with children can join the game, especially for children it is a great fun. 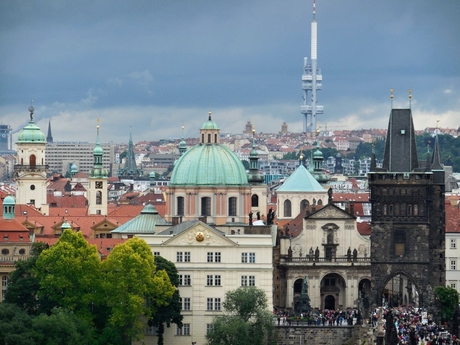 We were going to spend only one day in Prague so we didn’t join the game. But we tried to visit all the towers. I have to say that our attempt was not successful, well if you count seeing the tower from inside as a tour. Nevertheless, join us in this small expedition. 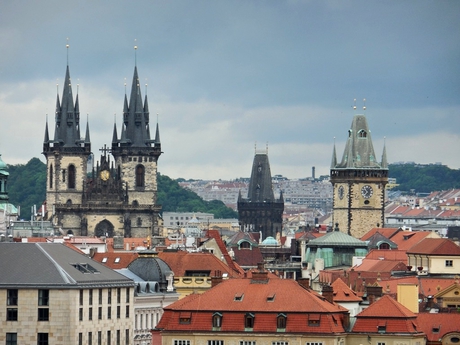 We started our trip to Prague’s towers at the late-Gothic Powder Tower. Once it stood over a moat. It split Old Town from the New Town. Today it is sort of an entrance gate to the historical center of Prague. It was built in 1475. Its construction was crowdfunded and it served as a representative and defense building of the city. It has been altered many times. The gate has rich decoration consisting of statues, reliefs, or inscriptions. One of the inscriptions warn the visitors against evil intentions. 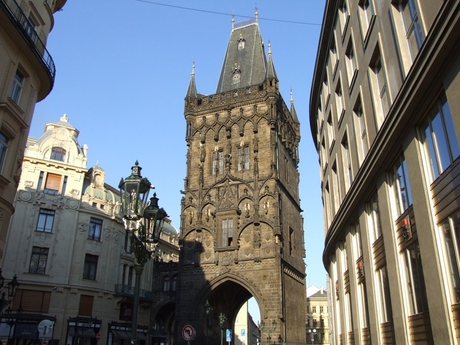 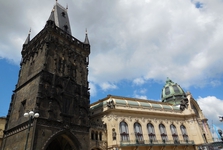 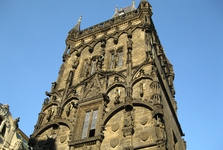 With good intentions we continued on to Old Town Bridge Tower which you can find between the first and the second pillars of the Charles Bridge. The construction began in 1357 by order of Charles IV. The bridge was finished still during Charles’ reign yet some decorations were done during the rule of his son Wenceslas. Craft of contemporary masters resulted in one of the most impressive examples of Gothic architecture in the world. An interesting fact about this tower is that it was intended as a symbolical arch of triumph. Czech kings rode underneath it during a coronation ceremony to St Vitus cathedral at Prague Castle. 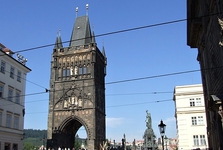 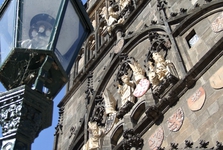 All of a sudden we found ourselves at the other end of Charles Bridge at Malostranska Bridge Tower . Well, there are actually two of them. The higher is the newest part to the bridge.. It was built in 1464 by order of Jiri of Podebrady. We noticed that it is more similar to the tower on the other end of the bridge. And we were not mistaken! Still, one can see sample of post-Hussite Gothic. With a small tower both were dedicated to guard the gate to Mala Strana. The decoration should have been as rich as at the other towers. Yet we saw many blank spaces which are ready for statues to stand there. This was the only tower we saw from the inside during our one-day trip. The tower is 43,5 meters high, only a bit below its roof is an observation platform which offers a magnificent vista. It was something marvelous. 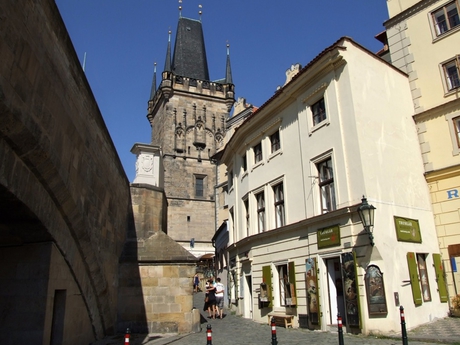 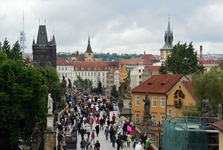 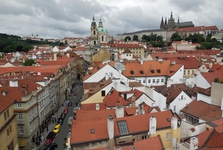 With great impressions and great photos, we moved to the town bell at Saint Nicholas church . It was used as a firewatch tower. Also interesting to us was the fact that the tower was built together with the church, yet most of it was finished only when the church itself had been finished. Also, it was never a property of church. Even today it is a property of local municipality. The tower is as high as the dome. We were also surprised that the tower was used as a State Security’s observation tower from where the officers watched western embassies around. 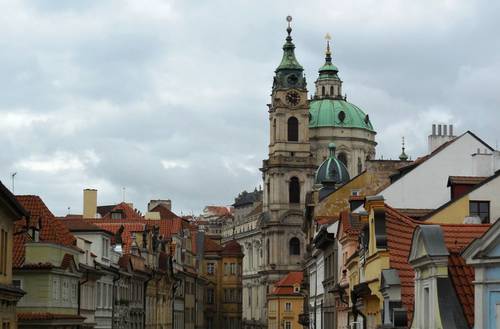 Gradually we were getting to the last and the newest of towers on our list. It is Petrinska Tower built at the occasion of an important exhibition in 1891. The creators were inspired by the famousFrench project by Gustav Eiffel. We have visited Petrinska Tower many times so this time we skipped it. You can read more about it HERE. 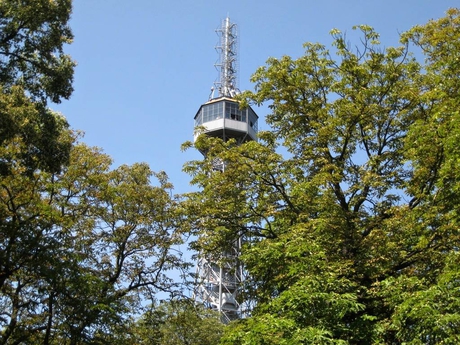 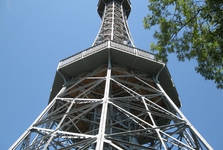 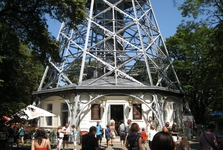 With a beautiful vista our look at large metropolis of the Czech Republic our trip concluded. Of course, there are many dozens or maybe hundreds of other towers than those we have seen. This stands among the reasons why we return there. Simply put, there is still much to explore, so when you have time to travel maybe make a trip to the same towers as we did.