Vysehrad, part of Praha 2, is situated by the Vltava between New Town and Podoli. Vysehrad it among the oldest and most important parts in Prague. Its story begins before the Christ was crucified when a stronghold Chrasten was located there.

A Slavic stronghold was built there in the 10th century and first note about it originates in the 11th century. It was used as a border stronghold. There was a mythical residence of princess Libuse and Premysl Orac as it is said in Ancient Bohemian Tales by Alois Jirasek. Vysehrad stronghold’s existence is proved by the Boleslav II denariuses from the first half of the 10th century. Boleslav II also built a stone rotunda of St John the Evangelist 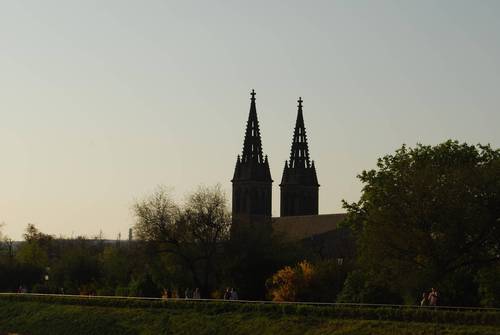 king. His residence was Vysehrad castle. Vratislav II fortified walls, made new stoned palace, established a basilica of St Lwarence, St Martin’s rotunda that was one of the oldest rotundas in Prague. In 1070, he also founded the Vysehrad’s chapter that was subordinated right to the pope.

After Vartislav’s II rule Sobeslav II (1125 – 1140) took his place at Vysehrad. Sobeslav who was very thorough about decoration in sacral buildings built the St Peter’s and Paul’s cathedral. In the middle of the 12th century, prince Sobeslav moved his residence at Prague Castle . Vysehrad thus lost its significant role in Bohemian life.

Coronation of Vladislav, a new Czech king, in 1140 only emphasized new role of Prague Castle which remained significant until the Charles IV rule.

Charles IV made a decision that Czech kings have to pay homage to the Premyslid dynasty. Vysehrad joined New Town, Charles built stone walls and a massive gate called Spicka. He also built a Gothic royal palace and a temple. 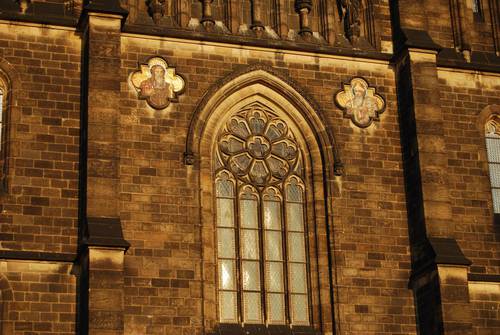 During the Hussite wars, in 1420, Vysehrad was sieged by Hussites. On Pankrac field, on November 1st 1420 Hussites won over crusaders and pillaged Vysehrad.

Since the middle of the 17th century, Vysehrad was rebuilt to a baroque fortress and it remained a military object until 1911. Only Vysehradska chapter has been preserved and St Peter and Paul’s. The fortress was dissolved in 1866. 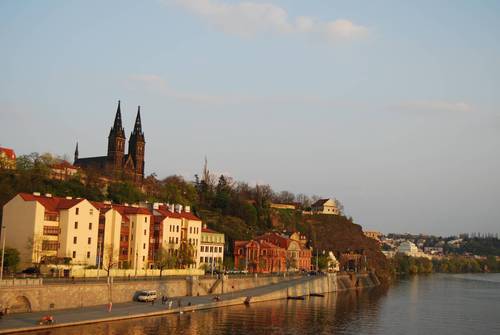 In the second half of the 19th century the St Peter and Paul’s church was rebuilt to a neo-Gothic style according to plans of J. Mockner and F. Miks. Then an idea appeared to establish a cemetery for famous figures which was named Slavin. It was built during the years 1889 to 1893. The tomb was designed by Antonin Wiehl, an apprentice of the greatest Czech architect of the 19th century, Josef Zitek. 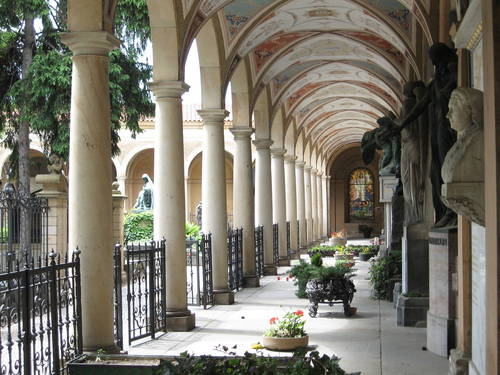