The gate is about 3 kilometers from the village of Hrensko and 2 kilometers from Mezni Louka. From both sides you will be led by a red tourist trail, and even if you are going to overcome some proper elevation, everyone, including young children, can handle it at their own pace. The way from Mezni Louka is longer but the climb is much slower. 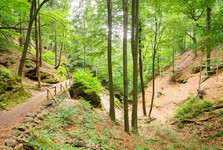 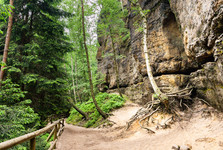 The Pravčická Gate became famous in Europe in the first half of the 19th century, when artists mainly came here from neighboring Saxony. Yet the famous Danish writer Hans Christian Andersen visited it too. Gradually the access route was gradually improved and in 1826 the first refreshment stand opened at the gate. The owner of the local estate, Prince Edmund Clary-Aldringen, soon recognized the great potential of the site and built Sokoli Hnizdo inn (Falcon's Nest) at the gate. You can find the inn there to this day. Its construction began in 1881, it was completed and opened a year later, and then fee was collected at the Pravicka Gate for the first time. 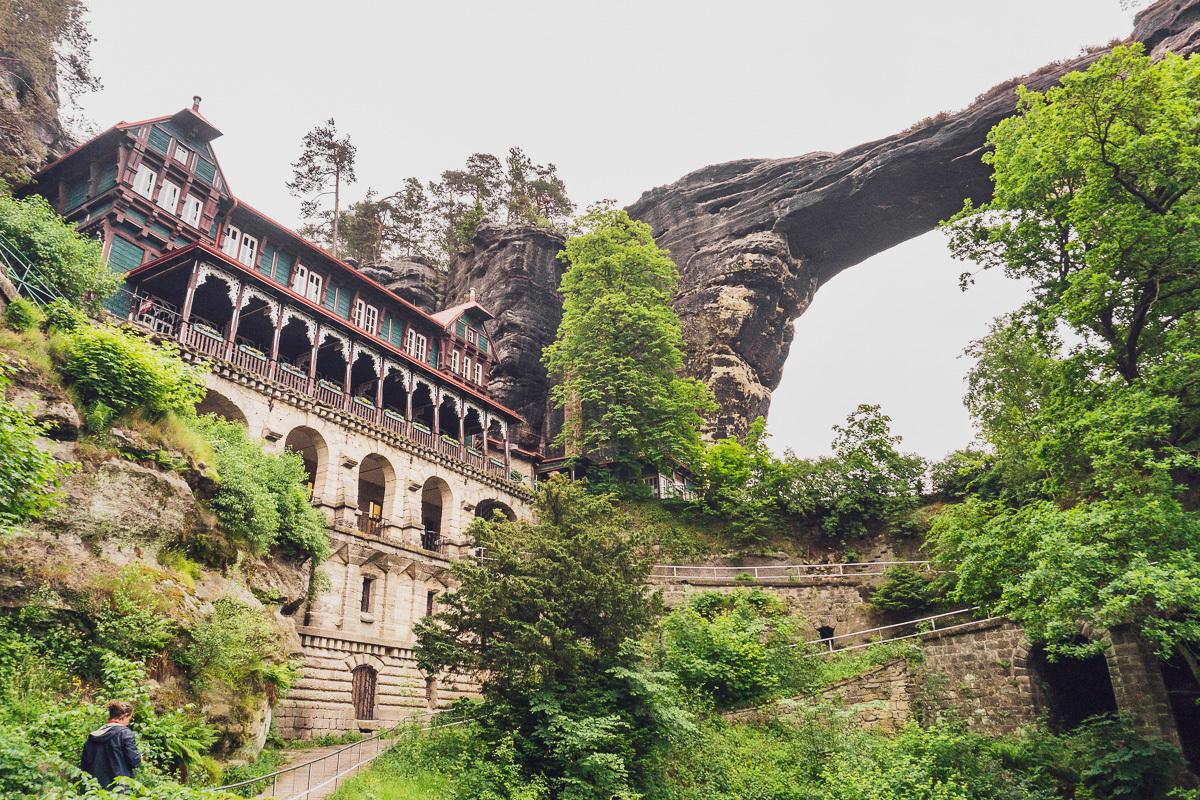 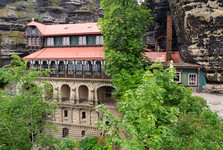 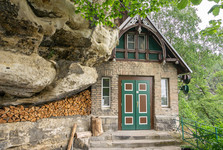 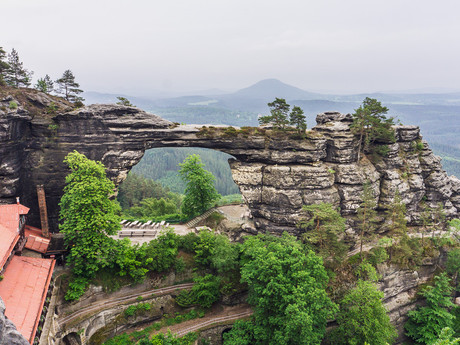 Today, unfortunately, you can not go on the top of the gate, because high tourist traffic has damaged the entire rock formation and there is a risk that the sandstone collapse. In 1982, after several cracks, it was banned to tourists. You will not miss it, but at the very least the gate seems more gloriously as seen from the opposite rock, from where it also opens a long view of the landscape and the next valley with sandstone rocks. 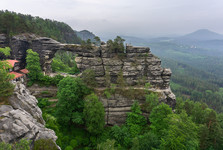 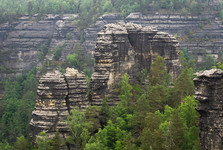 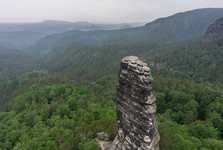 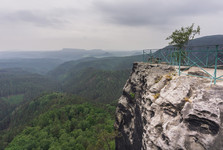 Ideally prolong your trip to the Kamenice river gorges, which also start in Hrensko and can be connected to the Pravicicka gate with a beautiful hike.

CZ, Tiske Rocks – Sandstone Formations from the Chronicles of Narnia

Today we look into a large rock town near the town of Decin. A nature trail rusn through it. Than...