The starting place is at the Loreta golf course. On its precints the trail is located. We have to thank on behalf of the public that the space is open, non-restricted. You can leave your car at the local parking lot. From there go around Debrny pond to forest where the first two stops are located. 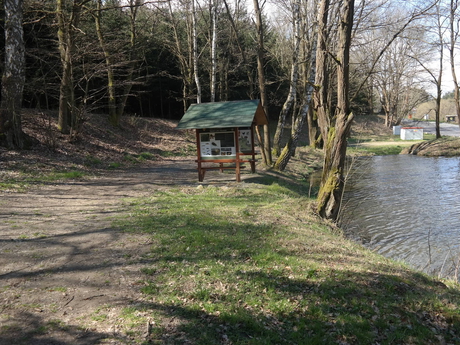 There you learn something about this local pond, fauna that live there, what for is flooding and the other thing. Another board has a map of whole 2.2 kilometers of the trail including 10 stops along it. From there you go right uphill on road leading to the forest, not around the pond. At this place, directions were missing and both roads seemed to be right one. When you will be nearing the top of the hill you will see a green arrow belonging to the nature trail going to the left and down hill. Soon you will be at another stop focused on reptiles and amphibians. 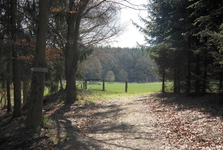 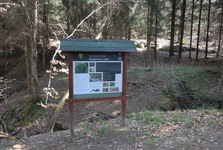 The fourth stop is about a small geological exhibition. There are couple of interesting rocks such as pink limestone coming from Slovakia or hornblende from Vsestary quarry. A grass plateau that starts right behind the exhibition gives you a terrific view of the town center with the church of Ascention of the Holy Cross. The church and a chapel are worth an individual visit. 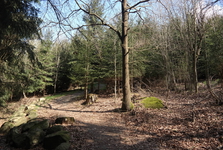 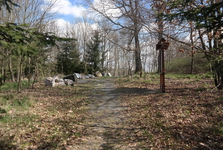 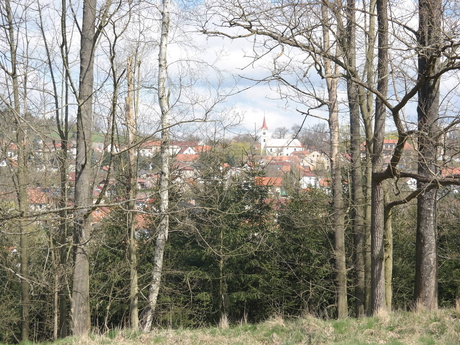 The golf course is visible from the other side, and golf is the theme of the fifth stop. There you can learn that the first golf course in the Czech Republic was buildKarlovy Vary (the second one in Marianske Lazne) and some bits from history of the sport popularized and founded by the Scots. Also, you are invited to visit the golf course designed by a British architect. He really succeeded in setting it in the region of Posazavi. The view is amazing. We even left the trail to see the golf terrain from up close. From the fifth stop the road goes straight into the forest. There are classic markings – white rectangle with white diagonal. Should you go to the right to see green closer you can get to the chapel of the Virgin Mary. You return along the same way. 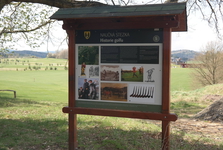 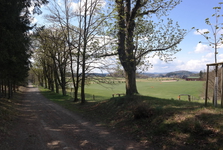 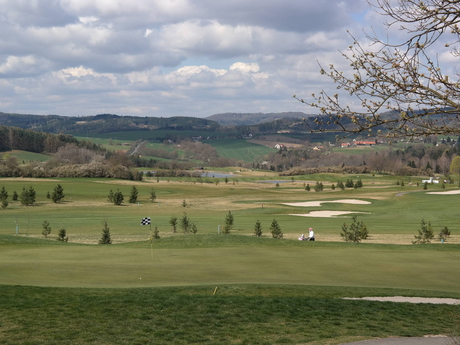 Other two stops are about the forest and its inhabitants. It would be interesting to children to learn about animals and their features. This could be found on the stop number seven. You turn left in there to reach the eight stop where is a short quiz and a bench. The ninth stop is about painter Josef Lada. He made Central Bohemia and Hrusice famous due to his illustrations. His trail is so deep that the region is called the Land of Lada. 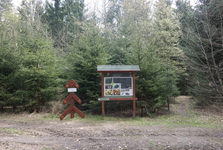 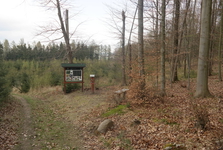 On your way to the tenth stop, actually near the fifth stop, the trail makes a complete circle. There you would learn something about the history and the present of Pysely town. Then you can either go to the stop number 5 or you just turn back and return along the same trail until you reach the place of start. The last option is to go in the opposite direction. You will get into the town, then turn left on a comfy road along a stream until you reach Debrny pond. The trail goes mostly in forest. There are no trash bins on the trail. 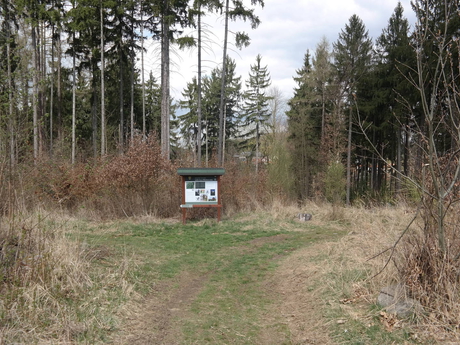