There are several trails runing up to Radhost. The trail from Roznov pod Radhostem is the most difficult one. On the other hand, a short and easy trip is if you start out at Trojanovice. Take a cable car to Pustevny. A ridge trail around Radegast statue goes from there. It will get you up to the top of Radhost as well.

So, what is on the top? Late 19th century Cyril and Methodius chapel is probably the most well-known place. Inside, there is a memorial board commemorating the visit of President T. G. Masaryk. On chapel's gallery, you can see the surroundings into great distance in every direction. 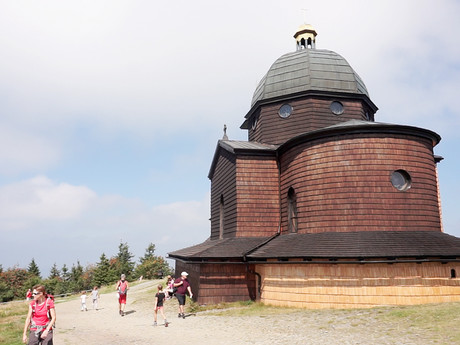 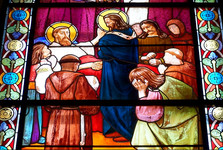 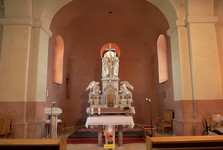 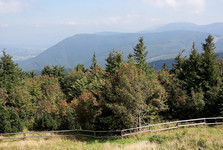 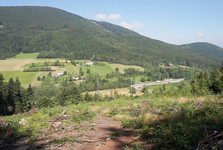 Ostravska Basin is situated to the nroth. Ondrejnik partially blocks the view. To the northeast, you notice Velky Javornik. Velky Roudny is just behind it. The Hruby Jesenik mountain ridge is further to the back from these mountains. To the west, there is the Nizky Jesenik range. In case of favorable weather conditions even the Alps, which are over 200 kilometers away, could be spotted. 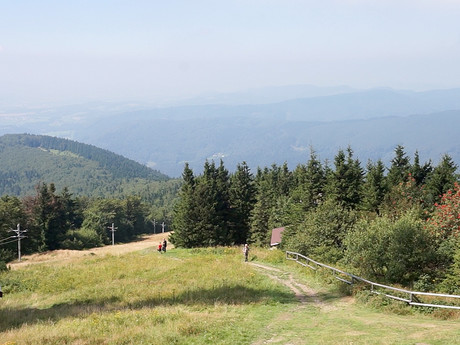 Pay attention to the statue of Cyril and Methodius. According to a legend, they tore down the statue of God Radegast and played a cross on his place instead. Close to the peak of hte mountain, there is Hotel Radegast. There you can have some snack and than go on to the statue of Radegast made by Albin Polasek. 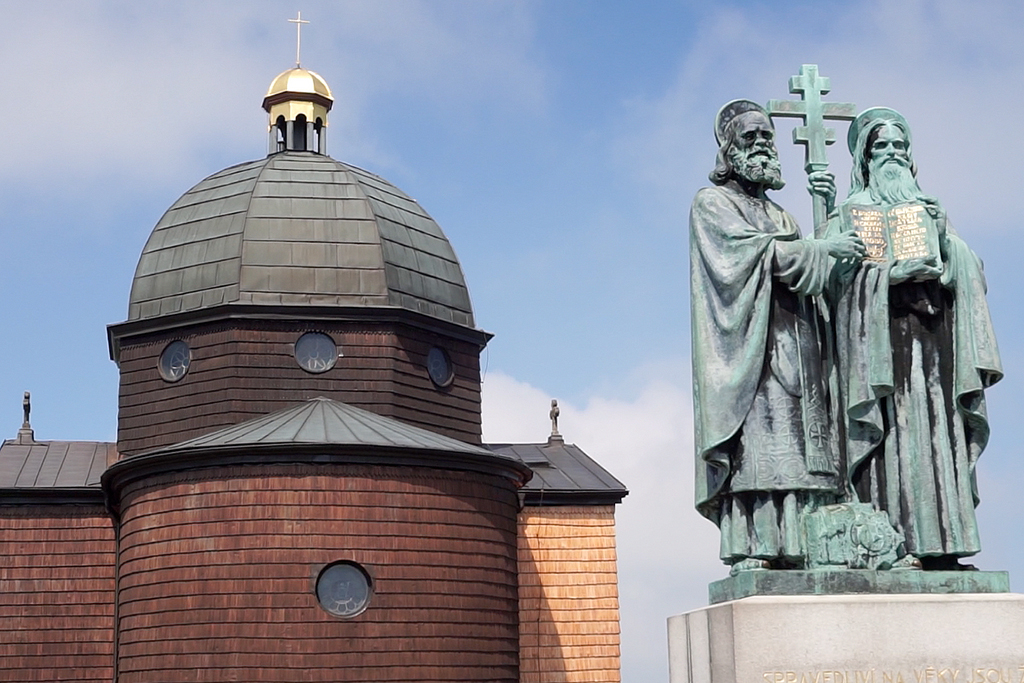 We can only recommend you to make a trip to Radhost mountain. May your trip be blessed with good weather! Despite being the summit of the sun god, the Beskydy is often veiled in dark clouds, and lashed by wind.

CZ: Zábřeh Chateau - A Piece Of History Hidden In Ostrava

Published: 9.7.2012
Zábřeh Chateau represents a unique harmony of past and present. The castle was originally Zábřeh water tower was later rebuilt in the Baroque style.