en.infoglobe.cz » CZ: Rajhrad – A Town of One of the Most Beautiful Cloisters in Moravia – VIDEO

According to a legend, Rajhrad twon existed in the 10th century. In 1050, the Benedictine cloister was founded. It is there, the cloister on an "island" between the Vojkovice way and the Svratka river where you should spend the beginning of your trip. There is lot to explore. And it is pointless to spend all your energy by exploring the town at the beginning. 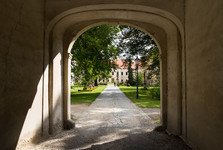 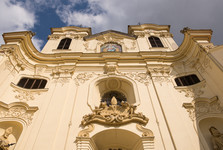 The baroque facade of the cloister (including abbot church of St Peter and Paul) was constructed in the first half of the 18th century. The project was created by the famous architect Jan Blazej Santini Aichel. However, he did not live to see the completion of his work. The church stands on an oak construction due to watersoaked and swampy bedrock (the same goes for the cloister in Plasy, for instance). Unfortunately, the former regime made the cloister a military storage facility. Its the then administrators don't have a bit of respect to the history of this building. Fortunately, large share of it has been renovated. Thereofre, the public can access it today. 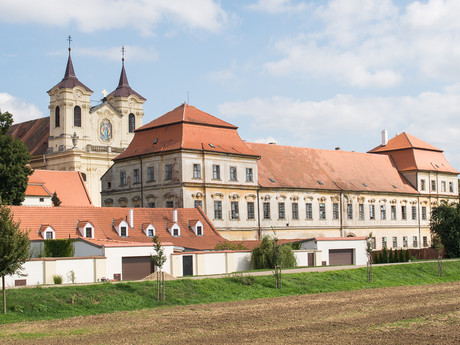 Also, a large and valuable library has been preserved. It holds 65 thousand

volumes. The oldest book there is Martyrologium Adonis by French bishop Ado in the beginning of the 10th century. The Memorial of Literature in Moravia was opened in 2005. Apart from the library, there are several very interesting permanent exhibitions. Trhough most of the year, there is at least one theme exhibition.

You can also peak inside the south wing while walking throgh the cloister. It was opened to the public only in 2013. Two exhibition halls were opened including a lapidarium. There is also a multimedial exhibition presenting hundreds of years old stories re-worked with the help of present hi-technology. Also, you stop in the cloister garden. There herbs for local kitchen are grown. 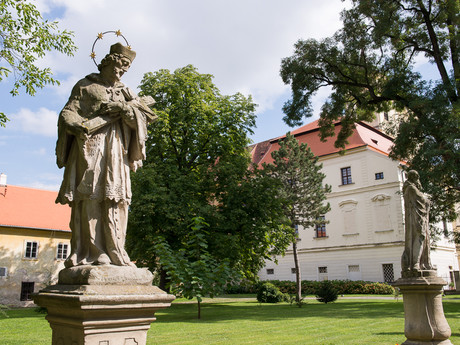 Take a look also at the majestic interior of St Peter and Paul church. Sermons are regularly held there. Beautiful ceiling paintings were made by painter Jan Jiri Etgens during the time when the church was being constructed. Statues were created by Ignac Lengelacher. However, the church was damaged by earthquake soon after the completion. Therefore, its present look is only partially how it lookedl ike before. For instance, the visible frescoes were painted by Josef Winterhalder. 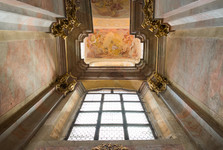 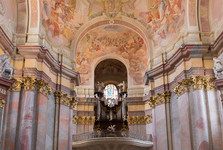 It would be a pity to just stay at the cloister. There is another one in Rajhrad. This one is smaller and belongs to the Consoling sisters order (sestry Tesitelky). You can enter also to Povyeni Svateho Krize church (Feast of the Cross) near Masarykova and Mestecko streets crossroads. Stefanikova street is like a small square and natural town center of Rajhrad. 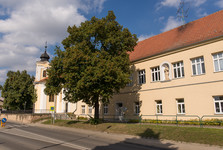 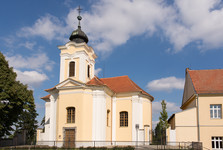 To have a long walk take Rajhradsko nature trail. It takes you through vineyards and the most interesting localities in nature around the town. You can also follow the red trail which takes you down the Svratka river across Vojkovice to Zidlochovice. There you can take a look at local chateau and beautiful chateau park. Then continue across vineyards to Vyhon nature park up to Akatova Vez observation tower.

CZ: The Animate Springs of South Moravia – Water and Wine

Published: 1.6.2017
Everybody knows that south Moravia is a land of the greatest wine. But not many know that there are healing water springs. Yet there is nothing better than to enjoy these two liquids, and you can do more than just to drink them…