The tour begins at the starting point of the red tourist trail in Kosova Mountain, where we can get easily reached by train from Olbramovice located on the Prague – Ceske Budejovice railway. Although at first walking trail leads along the road, then it crosses many fields, meadows, hills and old ways. Before we open up views of the rugged landscape with a dominant peak Vysoky Chlumec , on which stands the castle of the same name. Under the settlement Mezne we will first notability of this route by way of the cross in Jesenice, accompanied by information panels nature trails "To Jesenice Calvary" . Most of the stone crosses (there are 17) are decorated with pictures painted by the masters of children of Jesenice at primary school. Although, the history of the trail goes back to 1836, in its current form was given to the reconstruction in 2004. 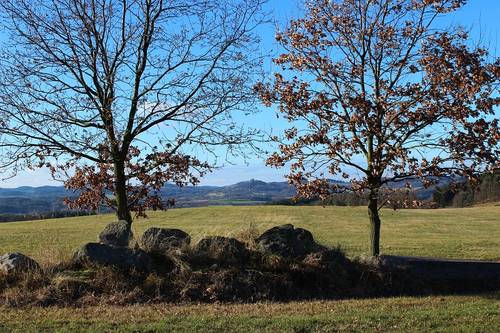 Way of the Cross leads us to Jesenice where we are going along the red trail to the village Rear Booths . Then climb up to the castle ruins Menagerie. On the way we need trail "to the castle menagerie" the history of the ancient castle and romantic period procedure coupled with frequent stays poet K. H. Macha. On a rocky hill is even placed a memorial plaque. Directly from the top toward the north descends about twenty meters high rocky outcrop, whose foot is covered with overgrown stone sea. The above, however, the very rocks or most of the surrounding countryside due to vegetation we did not see. 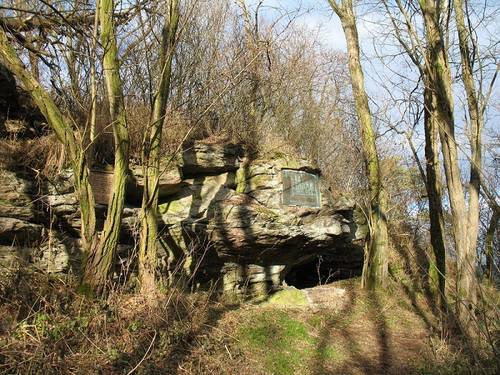 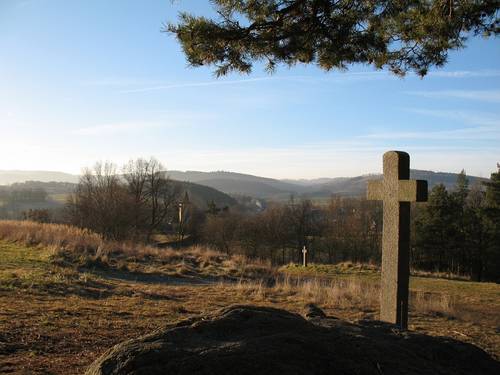 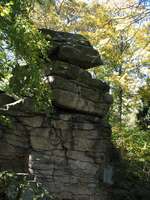 Routes through rock maple and Moninec interfere in Ounuz where we get the red mark to Cunkov. Along the way we visit but still one of the most important geological formations regions - Devil's Burden . The legend of how the devil could not carry his heavy burden and he just fell on the slope rock maple, is known to every lover of the local region. From the science perspective, however, are much more interesting micro-formations numerous rock on top of rock. How can we convince ourselves, to create a variety of rock basins and troughs were no evil forces needed - suffice hydropower and wind. Oddly, the name of the rock formation, be given deep-rooted folk tale about the devil, was carried even into the name itself geological body. Local rock as it is called Devil's Burden type of proof, which is a granite with very low silica content 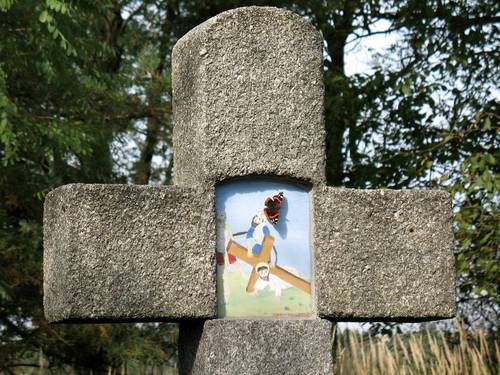 From ancient geological history lets get back to the present. You can choose from Cunkov descent along the yellow trail to the twin-city Sedlec-Prcice , famous traditional marches Prague - Prcice , or the red until we reach Jistebnice, place of discovery of the famous Jistebnice Hymn Book. As for him we have more than 25 km, the road back will enjoy some of the local bus routes.

Kralicky Sneznik - On Our Way to See Its Beauty

Published: 18.11.2013
Let's go on a day hike for a small but no less important Czech-Moravian-Polish mountains ...