Its name comes after a native of Semily Dr Frantisek Ladislav Rieger. The history of the trail dates back to the end of the 19th century when the Czech Tourist Club built the so-called old part. In 1909, the construction of the so-called new part began, from Podspalov to Semily. The demand for construction is evidenced by a 12-meter tunnel and an 80-meter suspended gallery above the Jizera river. Over 300 g of explosives were used for the construction and lasted 3 months. 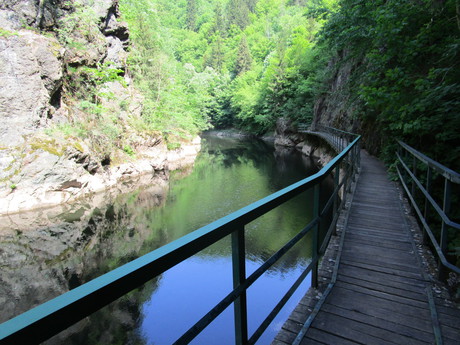 We got by car to Bitouch, a district of the town of Semily. We walked a few meters below the tennis court, where the arrow of Rieger's nature trail points to car park. We

walked up the meadow and the first thing we saw was a beautiful view of the Jizera and a 77 meter long suspended walkway, located 5.4 meters above the surface. Immediately opposite to it, there is a monumental rock tower called Vodni Brana and the first Czech via ferrata created for the climbers. A little further, we reached a collecting weir, which is part of the Podspalov hydroelectric power plant. Then we start to climb and reward will give us a wonderful view of the river (Böhm's Lookout). There are tables and benches to eat your snacks. Through the entire length of the trail there are instructional boards with unique code - a rescue point for easy positioning. Such as metamorphosis, ordovik and silur or folding. The next stop was a 12-meter tunnel carved into rocks. 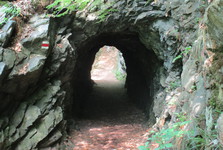 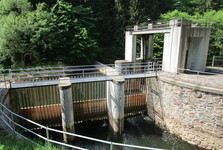 On the way, we came across two wells where you can refill your drinking water supplies. One is called the Hvezdiccina Well and the other is the Well of Antal Stasek. At the end of the trail (or in the middle, as the way back to the car will still be waiting for us), Spalov hydroelectric power station was built in 1921, at the confluence of the rivers Jizera and Kamenice. It is a beautiful building that survived the 1950s and is proof of the skill of our ancestors. Behind it is Spálov, a railway stop and a significant signpost of hiking trails. There is also a hotel and restaurant Pod Spálovem, a welcome stop in the middle of the route. After a break, you can either return to the same path or for a more proficient tourist after first blue and then a yellow sign back to the car to Bítouchov. 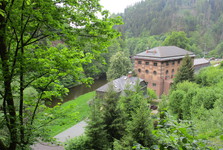 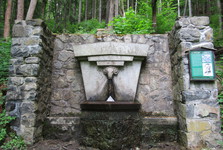 The trail is 7 km long and is not too demanding, you can handle it even with bigger children. Sometimes it goes downhill and has many roots on it, so it is not suitable for strollers.