We ran into foggy March morning. We set off from Prague heading to Beroun. The way through Bzova to Skryje is beautiful. And the vista from Bzova on castles Tocnik and Zebrak is unbelievable. It is hard to explain my feelings of pride and astonishment. Skryje is a very picturesque village dating back to 1229. Curly streets make you feel old fame of an age long time gone. For us, however, these are starting points. The map told us that it would take us about an hour to get to the castle. So lets go... 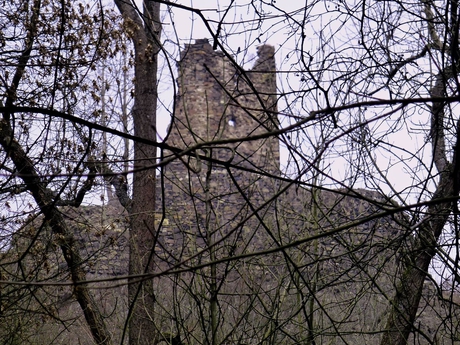 The trail leading to the castle begins at the bank of the Berounka River. It gous around some wooden cottages, then it continues as an asphalt road which changes to a muddy path. It then slowly climbs on a large hill. We saw a tree heavy with small birds screaming one over another. They welcomed us. The path follows the foot of couple of mighty ridges right above the river. At the present, the path is reinforced with wooden footbridges on the most dangerous places. There is also a beautiful place to see castle Tyrov. 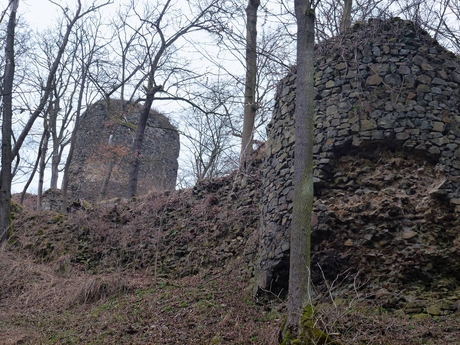 This March, I have seen one our oldest castles for the first time from all angles. It is really hard to do this in summer months as the vegetation effectively covers the view. Leafless trees allowed us to enjoy the ruin in its full glory. Easy to notice are also remains of almost all tower that show that once, in the 13th century, there was a massive castle of the French type. According to the primary sources there are two other buildings – chateau Konopiste and ruins of castle Dzban. 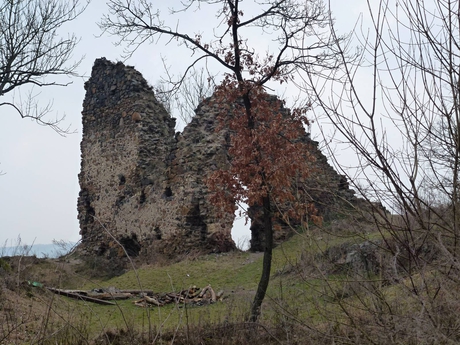 We walked through first yard once surrounded with a number of small towers only to find ourselves on the second courtyard just at the river. Ruins of royal palace and a large cylindrical tower were there. We also noted an underground room however we didn’t see it. We enjoyed the vista on the Berounka that is surrounded with fields and forests. 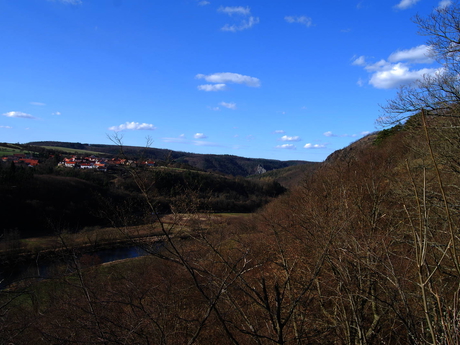 Perhaps even King Wenceslas I himself visited this place. He probably was the founder of Tyrov. History also shows that there resided important noble families such as Tyrovsti, Lobkowitzs, Valdstejns. The castle had been in decay since the 15th century. Its mighty walls, lily-white palaces faded away, and nature took castle Tyrov back. 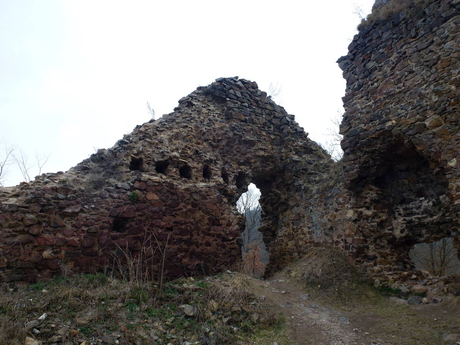 We felt as the time had not event existed. Everything beautiful doesn’t last long. We had to leave Tyrov. We were about visit local natural sight - Skryjska lakes yet the weather didn’t permit us to. We didn’t mind. At least we know where to go next time.