The village lies on the tri-border of Bohemia, Moravia and Austria, and the nearby Austrian border was the reason. Maříž was made famous only after the Velvet Revolution by the academic painter Kryštof Trubáček, who discovered this oasis of calm and began to conjure up ceramics here. 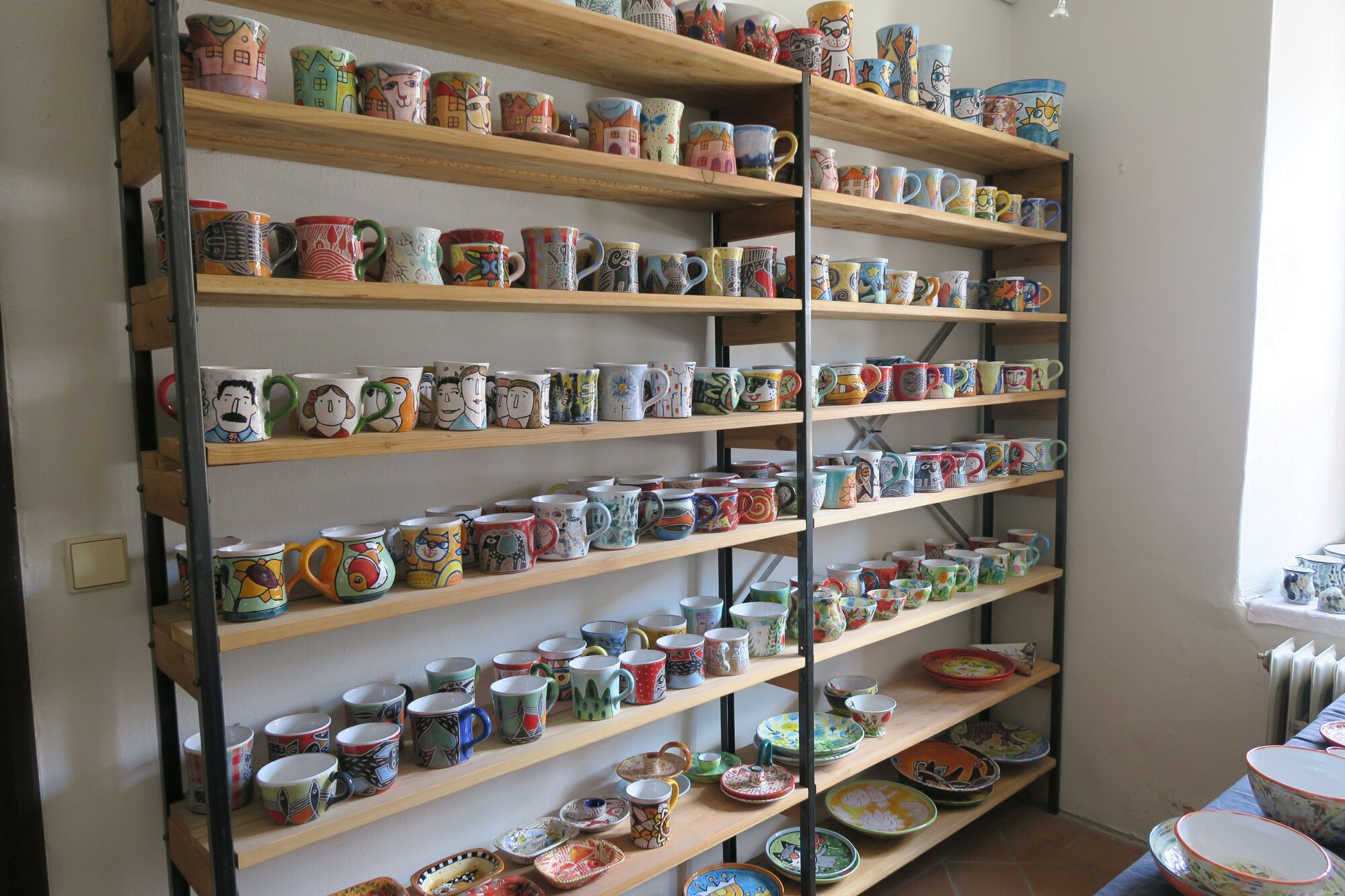 But now let's go on a trip, first we go to the castle of Český Rudolec. It is also called Malá Hluboká. The castle was originally a water fortress, it was rebuilt many times, but also damaged by fire. It acquired its unmistakable appearance in the 19th century, when its then owner, the knight Michael Angel Picchiony, had it rebuilt in the spirit of Tudor neo-Gothic. That is, in the form of a small copy of the Hluboká chateau. It has not yet been completely renovated, only some rooms accompanied by a guide are accessible. This year, however, it has a big question mark, you'd better check everything by phone in advance. 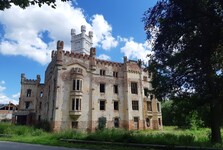 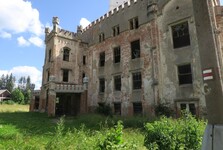 We continue to Valtínov, the plan is to visit the forest park and lookout tower U Jakuba in Kunžak. We park about a kilometer from the lookout tower, then we have to walk. But the weather is pleasant, no great heat, the road passes quickly. The construction of the lookout tower on Havel Mountain at an altitude of 680 m above sea level began in 2012. It was opened to the public a year later. There are plenty of seats at the lookout tower, climbing frames and swings for children, and adults can have a beer and a hot dog. Admission to the lookout tower is 50 CZK. The ascent is undemanding, the stairs are comfortable, local or tourists contributed to the individual steps, so each step has its own name. 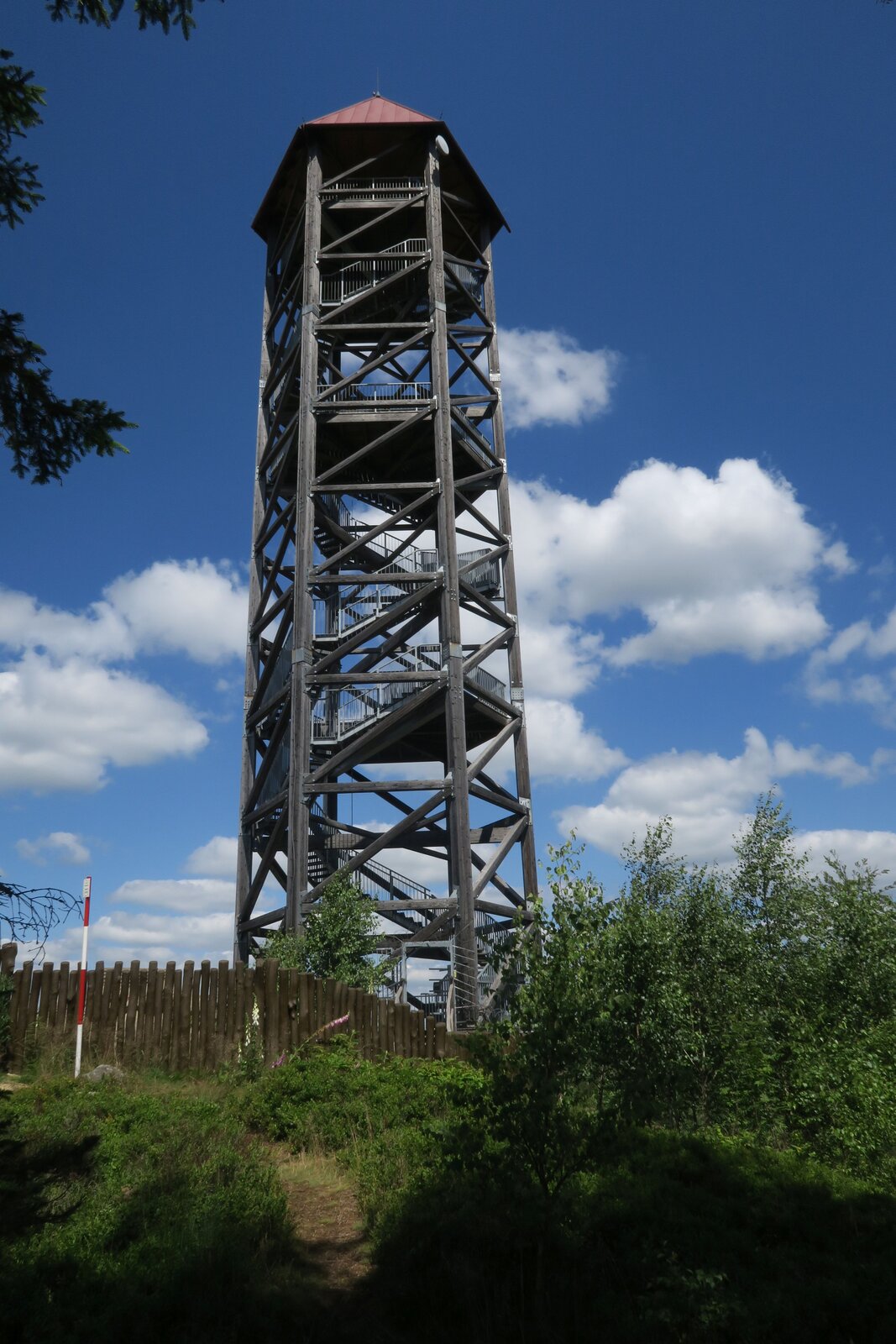 You will ascend the stairs to a height of less than 35 meters and almost the whole of Czech Canada will be revealed in front of you. The area between Kunžak, Dačice, Slavonice to Nová Bystřice and Jindřichův Hradec is similar in character to the landscape of distant Canada, hence the name. 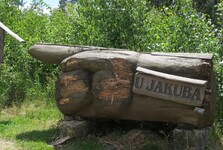 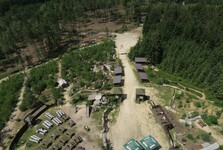 The prospects are perfect, so now it's time for nature trails. There are two and each has its own charm. The nature trail at Jakub is full of strange boulders, many of which have their own names, some of which you can imagine according to your imagination, but the most famous is certainly the Boulder of the Devil's Ass. 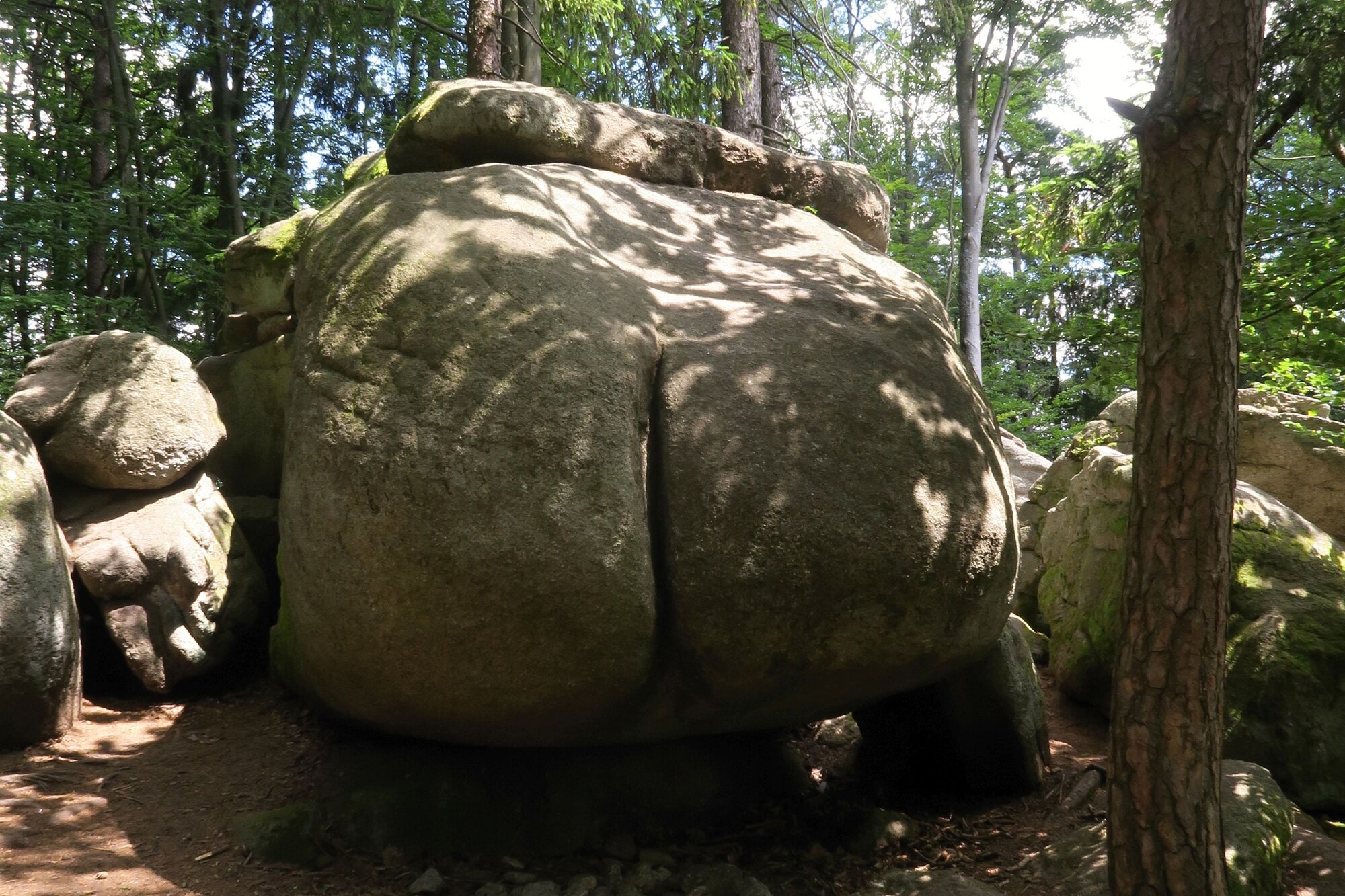 We returned a short distance from the boulder and walk around the ponds along the second nature trail. There is a wonderful calm here. Only a waterman sits on the shore, the sun is shining brightly, it's cool. You will probably be surprised that the ponds are actually a new building, and it seems that they have always been here. 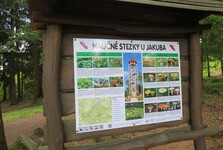 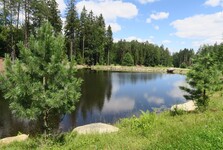 Nature trails were created relatively recently, they are nicely done, they offer useful information for adults, children can play here. For example, there is a "wooden memory" with buildings in the area and a natural theme.

The next program is clear. When we are here, we will definitely not miss Landštejn Castle, which is a rare Romanesque monument. In fact, it is one of the most important Romanesque monuments in Central Europe. The Moravian Přemyslids were responsible for the construction of this gem at the beginning of the 13th century. If you love views of the countryside, don't hesitate and climb up to the lookout tower. Walk through the whole area, behind the castle children can try archery. 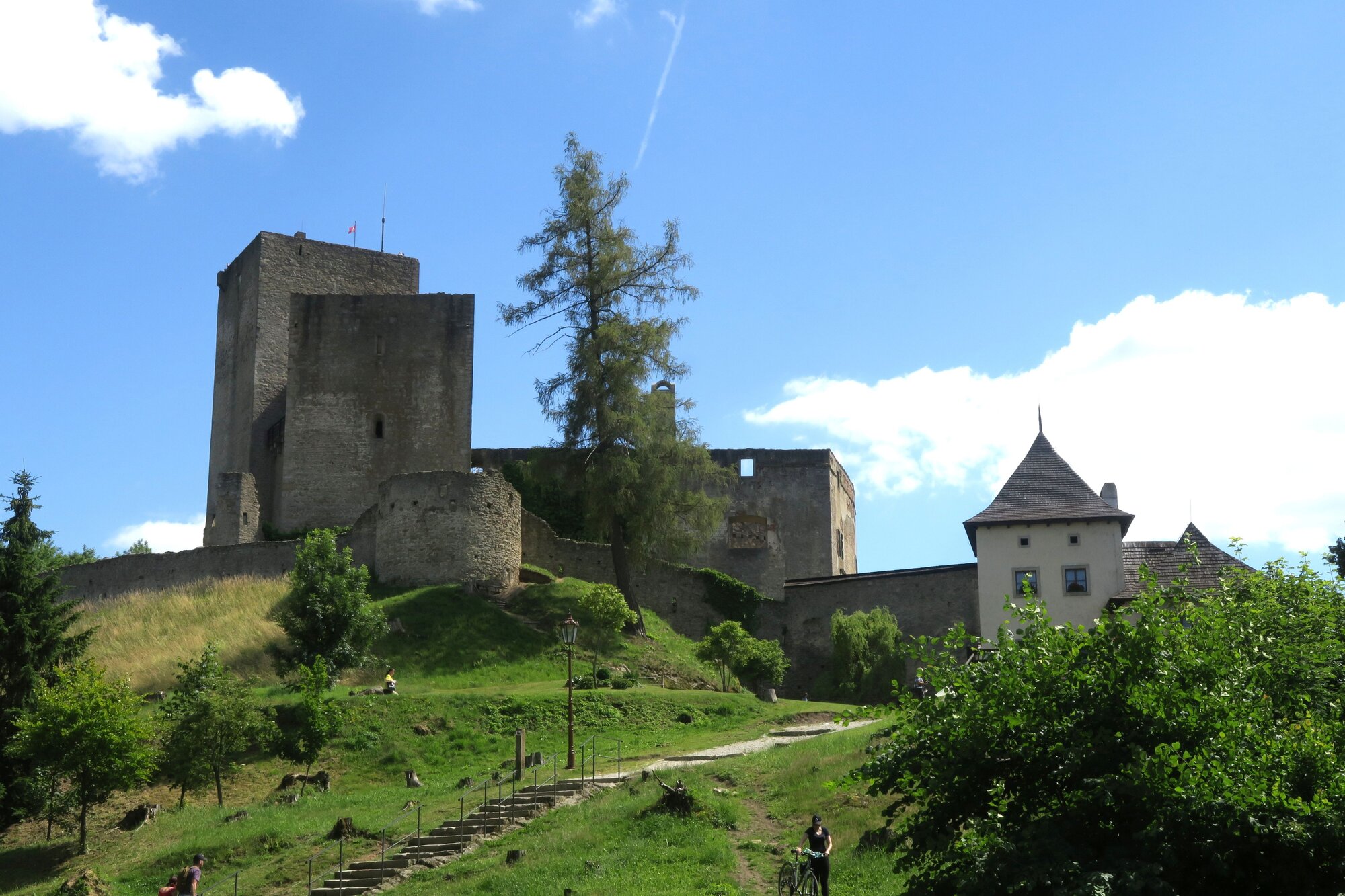 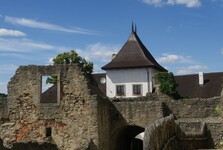 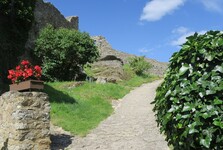 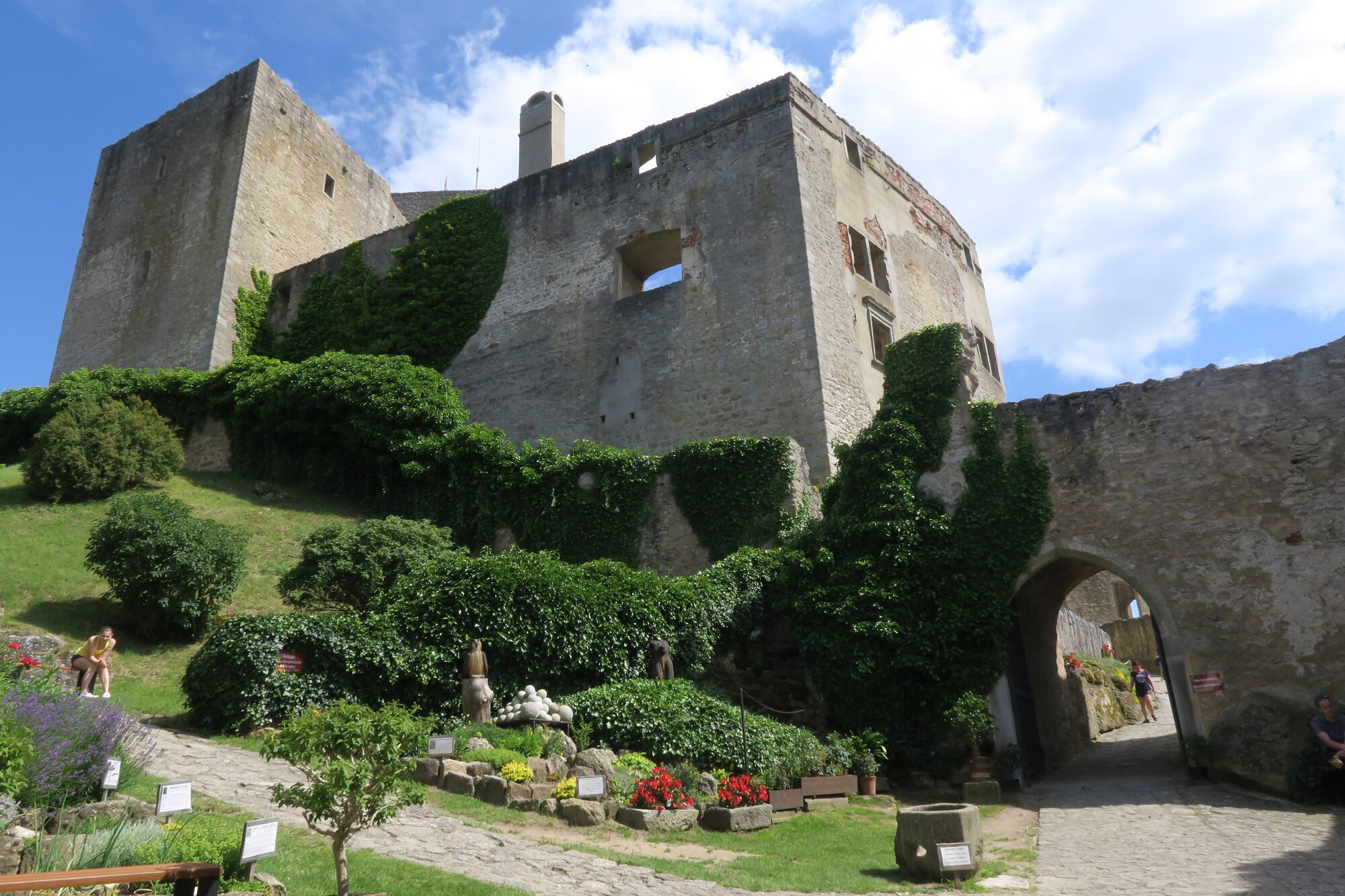 Today we have only one goal, a visit to a buffalo farm in Veclov. It is a large complex with accommodation and wellness. A large complex, which includes enclosures full of bison. In the middle is a garden with a pleasant sitting area, a fireplace and grilled specialties. If you want to have a steak, you have to go to a local restaurant, the prices are higher, but the taste is excellent. 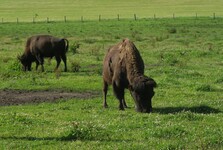 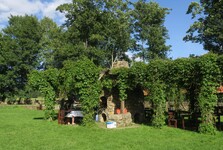