en.infoglobe.cz » CZ, South Bohemia - On the Way to Slavonice

You can stop at the Červená Lhota chateau, for example. You can choose from several circuits - interiors, attics or cellars. Červená Lhota Castle was originally a water fortress, the first mention dates back to the 15th century. Its current Renaissance appearance was created 100 years later. 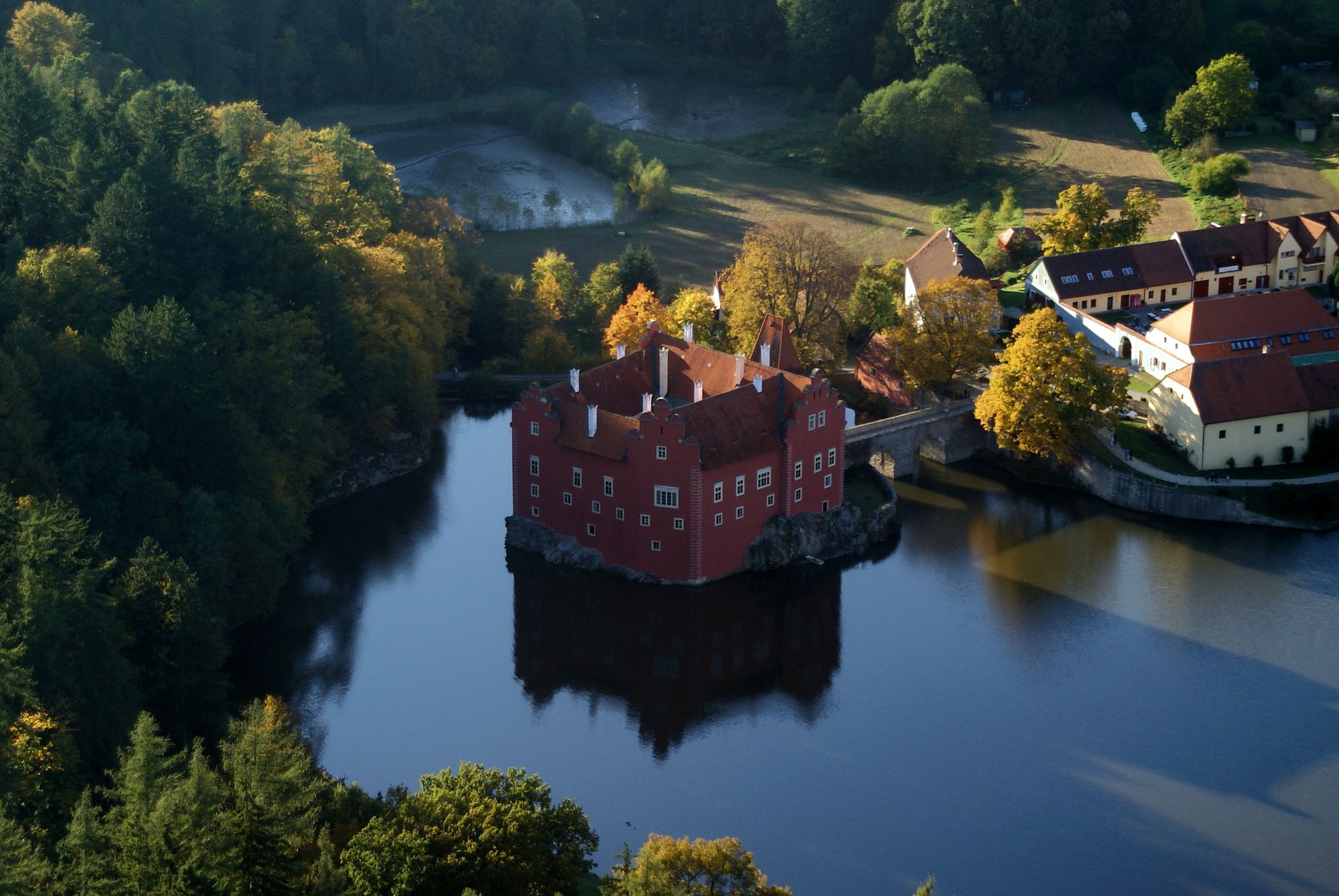 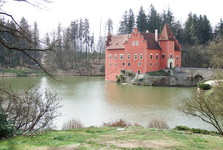 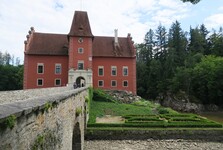 And what about a visit to Telč, one of the most beautiful Czech cities? The beautiful historic square with Gothic and Renaissance burgher houses has also been a UNESCO World Heritage Site since 1992.

We will leave out the Teleč chateau for the time being, extensive reconstruction work is currently underway at the chateau, a project called Růže Vysočiny. 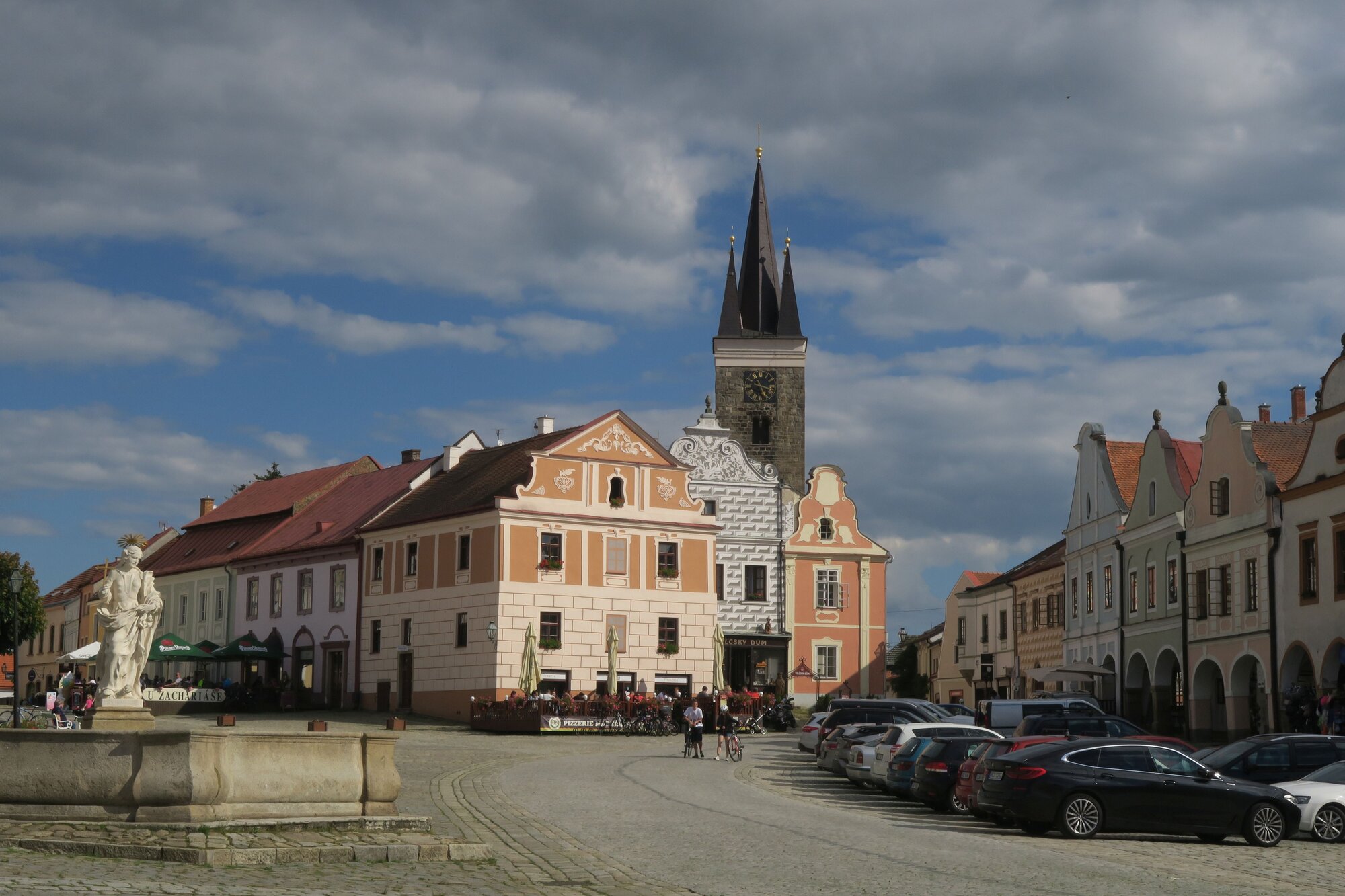 Where we definitely recommend looking, there is the Romanesque tower of the Holy Spirit, which dates from the 13th century, and the 60-meter high tower, which belongs to the church of St. Jakub, it is located on the opposite side of the square.

The first mentioned is after a recent reconstruction, during which a new multimedia exhibition was installed in the tower. Light panels will guide you through the history of the city. On the touch boards you can walk through the timeline and important historical landmarks of Telč and its surroundings. Observation binoculars on the top floor will provide an interesting view of the historic center.

However, the second tower is better for me, you have to climb almost 150 steps, some stone, others wooden, but the view is really worth it. From the observation deck, you have the whole city in the palm of your hand. Here you can also see two bells, James from 1602 and Mary from 1550. 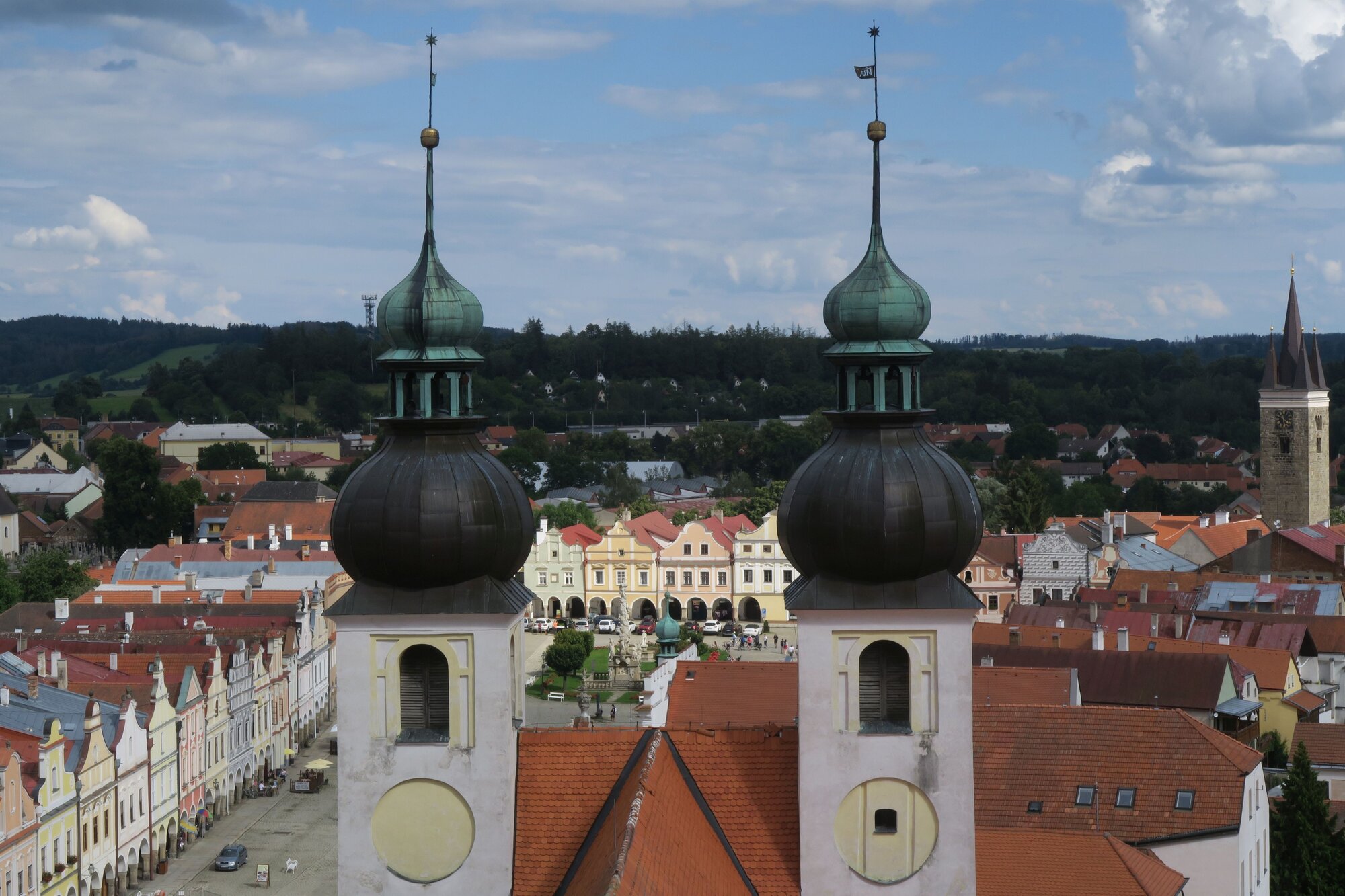 What is amazing is that the whole square still looks almost like at the time of its creation. The arcade was completed later than the buildings themselves, only in the 15th century. Everything was realized as a single unit. However, arcades, facades and gables were processed gradually, house by house. Over the years, many reconstructions took place, the Renaissance character remained only in some houses. On the other hand, almost every facade and gable have Baroque elements. The most picturesque are burgher houses, such as a corner burgher house (No. 15; beige green color) with an interesting semicircular dormer, a massive Renaissance house in the Baroque reconstruction, No. 39, now you will find a popular pizzeria, or a white house with black sgraffito ( 11 Old Testament military leaders). 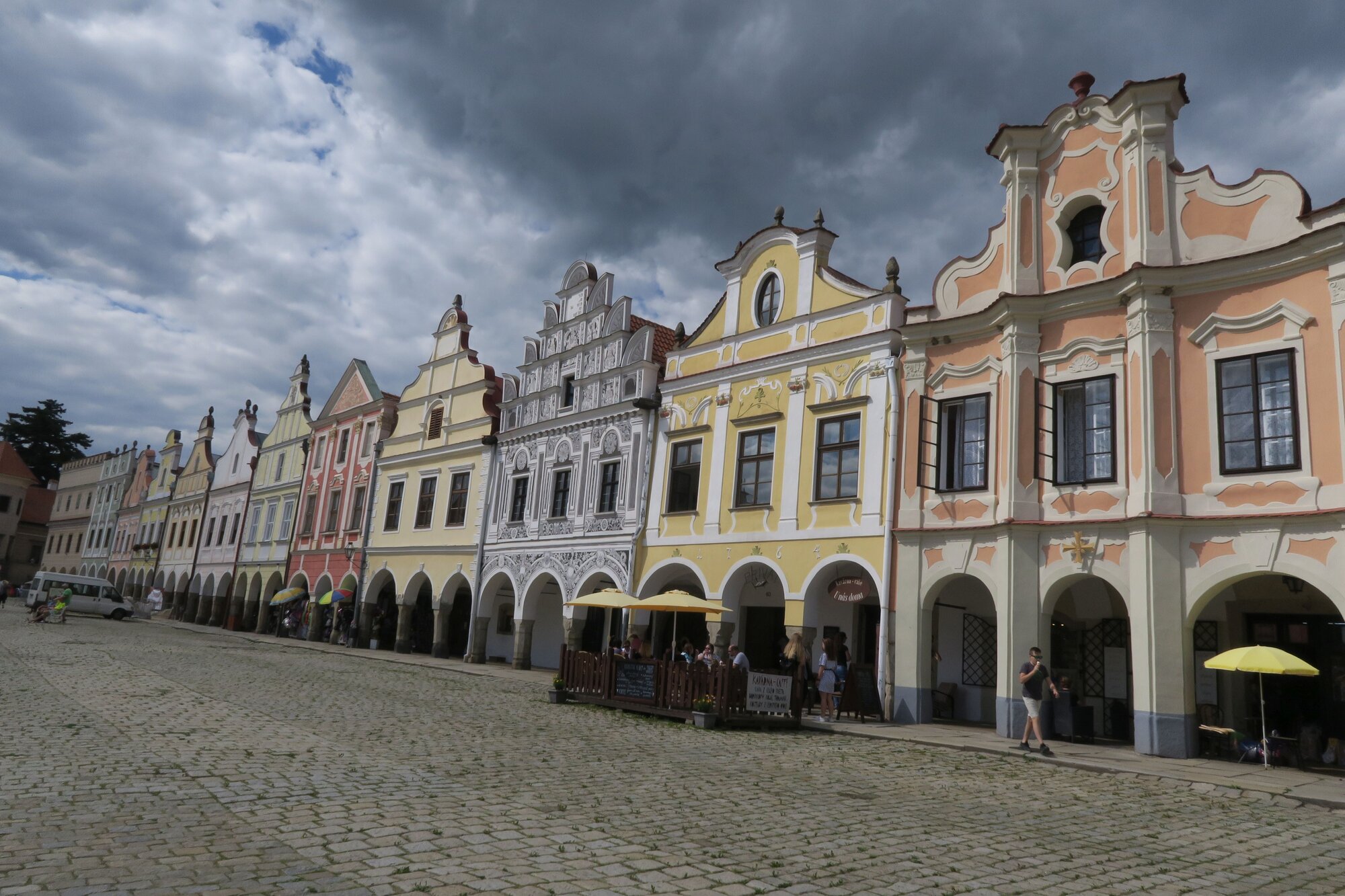 It is very difficult to choose only one, each house has its own charm and one is really nicer than the other. If you go to Telč with children, do not forget to visit the Telč House. You can find it on Zachariáš Square in Hradec. The interior of the house hides surprises, whether it is a fairytale part with fairies, dragons and devils, a machine part with models of trains and railways, a playful part where you will discover the town of Telčák the elf, or a historical part for adult visitors. 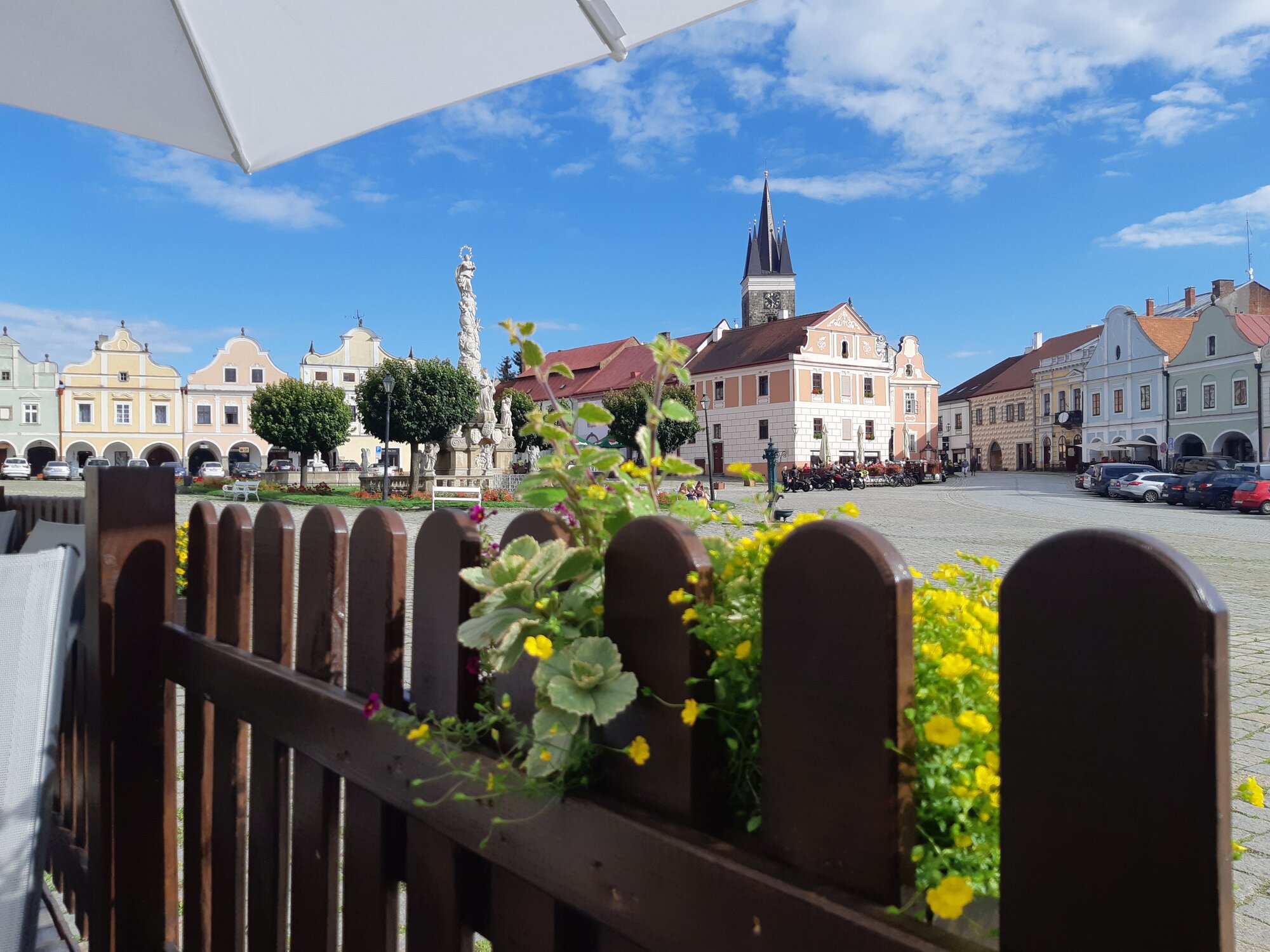 Try different puzzles, puzzles or train tracks, surely everyone will find something for themselves. In the house you will learn a lot about the history, legends of the city and its beautiful surroundings.

The exposition of Telč underground, the entrance gate to the city, the remains of the walls and fortifications is certainly interesting. Don't forget to stop at one of the countless cafes, which are in many places, have a good coffee and enjoy the beautiful surroundings.

Another little thing, there are a lot of shops in the arcades, where they offer souvenirs of various kinds, some really nice, others kitschy. But what appealed to me the most were the ceramic "boxes" for flowers in the shapes of ancient houses.

And now we head to Slavonice.