Strakonice was founded in the second half of the 12th century, supposedly. The House of Bavors commenced the construction of the castle in the start of the 13th century. In 1367, Strakonice were granted town privileges. The Knights Hospitaller became the castle’s owners in the mid-13th century and the stronghold became the residence of the grand priors of the Hospitallers in the Lands of the Bohemian Crown . 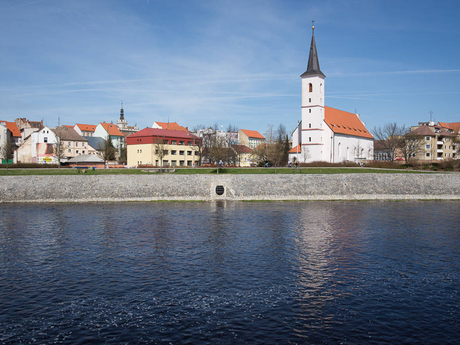 At the turn of the 19th and 20th centuries, industrial revolution was in the full swing in Strakonice and industry is influential even today. The foundation of Fezko textile factory and Ceska Zbrojovka (CZ) were milestones in Strakonice’s industrial history. Local brewery has also had significance in town’s history. Today a woman brews beer here. 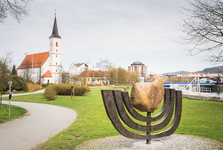 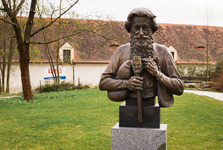 Bagpipes have had long tradition here, which is sort of a main feature of the town. One of the most popular Czech folk songs sings about nearby Bavorov. The legend of Svanda the Bagpipare is also very well known in the land. Young bagpipers still stick to the bagpipe tradition. Regular gathering of bagpipers is another enhancement to the tradition at biannual international bagpipe festival. People come here to see it from all around the world. Even you, should you be interested in music and folk traditions, should not miss such an event! More information, short clips included, is at www.dudackyfestival.cz. 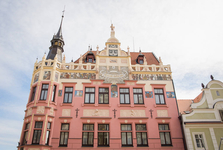 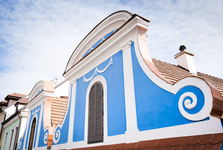 Leaving aside the bagpipe festival, the medieval castle is the greatest attraction here. Inside, there is the Central Pootavi museum , a public library, and cultural center. You can climb up Rumpal, the oldest tower here built already in 1300s. The other tower was added 200 years later. Renovation works have been done recently at the compound that’s why it looks like new today. 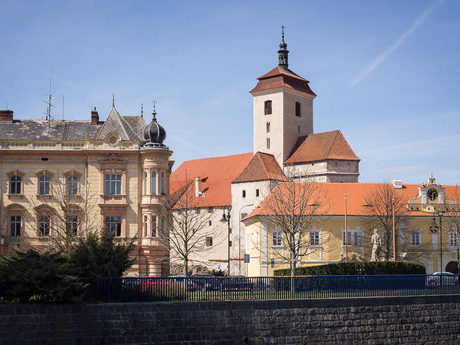 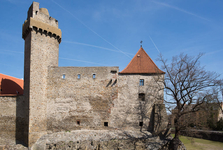 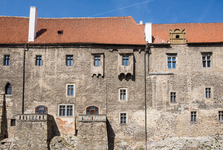 More interesting sights are at Velke Square. Really beautiful is the town hall in Renaissance revival style. Mikolas Ales designed the sgraffito decorating the structure. A renaissance savings bank opposite to the station is another interesting building. The same applies to the House of U Hroznu. Also, the medieval Masne Kramy – a narrow, roofed building lined with stalls on the both sides – also survived. In the 18th century, the entrance to the street was terminated by a gate in the direction towards the square. You recognize the street by a relief on the signboard showing an ox slaughter. Also, worth seeing are two houses at the square’s end for they represent South Bohemian folk architecture, the so called rustic Baroque. 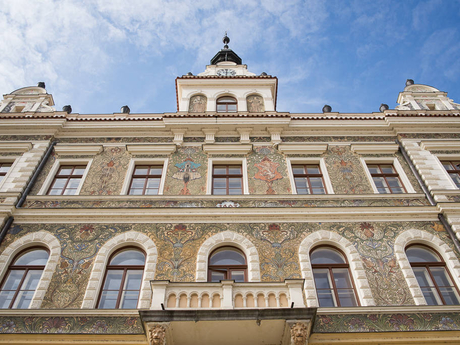 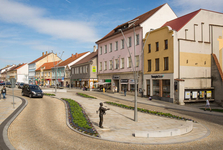 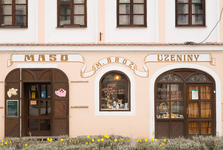 We recommend to visit Strakonice while planning a trip to some of the town around such as Volyne, Bavorov or Blatná, or walk up the Otava river across Podskali. Howeer, people often forget about Strakonice as it is often in the shadow of the glory of the surrounding towns. Nevertheless, dont miss this great place.