If you make Spicak town your point of start, bear in mind there is the nearest train station and many parking lots. First, a steep climb up Spicak slope is upon you. Then you would follow a pleasant road through spruce forest until you would reach Certovo lake. 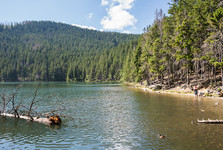 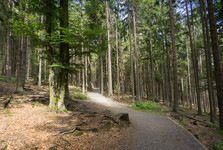 Certovo Lake is situated at 1 030 meters of altitude. Its maximum depth is 35 meters and it covers an area of 10.33 ha. It is the only glacial lake which falls into the  Danube river basin. It is because the river flows out to the River Rezna and then flows on to  Germany.

Grandiose Mount Jezerni rises above Cerne and Certovo lakes. The mountains is almost entirely covered with forest. The forest here has been preserved largely thanks to the fact that the former regime made this area an unacessible border zone. Today, this region is under strict protection. 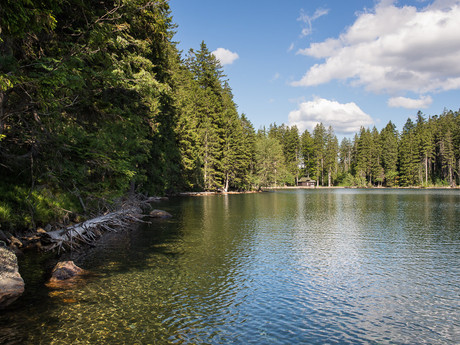 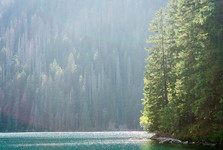 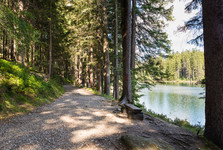 Going further towards Cerne Lake, we climb up Spicak mountain. Then, several kilometers on, a steep descend follows. Cerne Lake covers an area of 18,43 hectares and is situated at 1 008 meters of altitude. Its maximum depth is 40.6 meters. 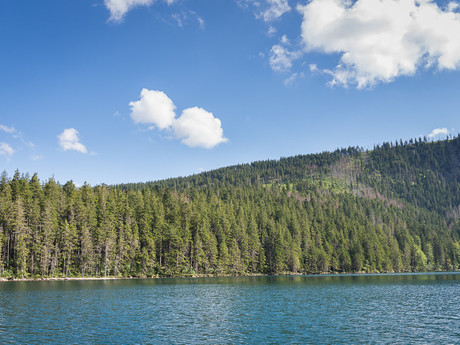 The name comes after dark reflection of thick forest surrounding it. Probably. And also, after dim pollen sediments on the lake bed. The water flows away through the Cerny Stream to the Uhlava River and then to the rivers Berounka and Vltava and eventually ends up in the Elbe. Take notice of a small hydroeletric power dam that uses the water in the lake as well. The first pumping power plant was built here on Cerne Lake in the years 1929 and 1930. The power plant has been in operation ever since. 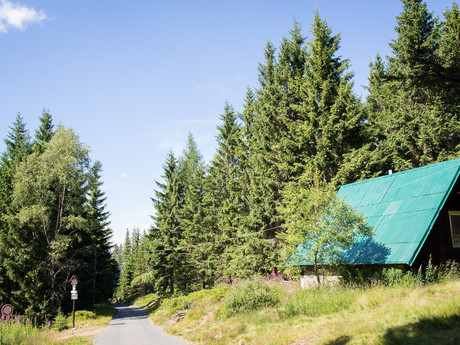 We can return back to Spicak from Cerne Lake, and make a stop along the way on its summit. Alternatively, you can go on to ne of the three other trails. You can also use bike to get around there or, in winter, put on cross-country ski.