Mount Spicak (1 205 m) is one of the highest peaks in the Sumava mountains on the Bohemian territory. There is one of the best ski resorts which operates a bike downhill park in summer. Ski slopes on Spicak have 8.4 kilometers in total length. The longest one has 1 800 meters on 337 meters of elevation. 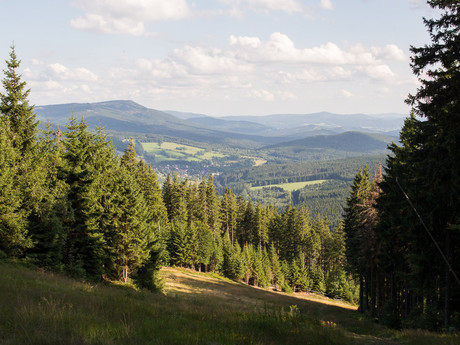 Let's see what hiking trips you can make here. Be sure to set off to Certovo Lake or Cerne Lake which is bit more far away. The latter is the largest natural lake (18,43 hectares) in Bohemia. Here you will walk through beautiful, in the last decade almost intact, spruce forest. 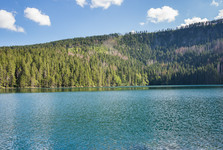 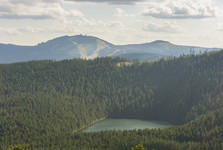 It is worth going up to the observation tower on the summit of Spicak. The tower was built here in 2014. On the top of the tower you get an amazing vista of all directions – you may see Jezerni mountain and Velky Javor, the latter being the highest peak in the Sumava, however, situatd in Germany. In good visibility you can see as far as Posumavi region when looking in the direction to Klatovy. 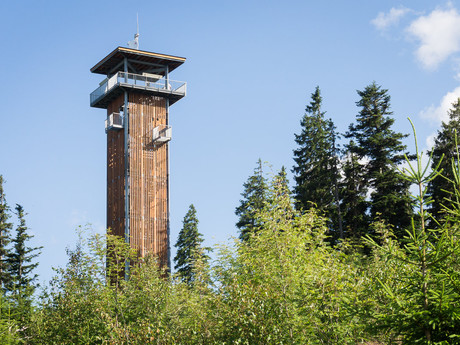 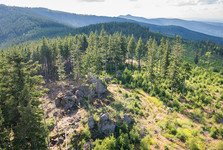 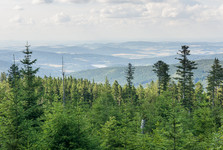 You can easily travel to Spicak by train from Prague, Pilsen or Klatovy. The ride itself is worth experiencing. Once you leave Klatovy, the train goes uphill through quiant landscape of the Sumava slopes. The vistas you get on the train are getting increasingyl splendid as you approach the Sumava. The train rides through what used to be the longest tunnel in the Czech Republic when getting closer to Spicak. This one-rail tunnel is situated on Klatovy – Zelezna Ruda track. Between 1877 and 2007, it was the longest tunnel in Bohemia with its 1747 meters. The tunnels of the Nove Spojeni in Prague are only slightly longer. 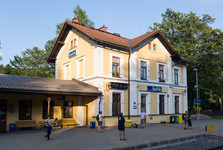 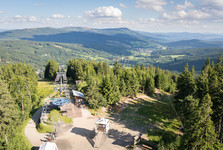 To conclude we would like to give you a tip – they make splendid home-made blueberry dumplings at the Spicak train station.  Blueberries are picked in forests around. Have a taste of it. You won't regret.