The Aragonite Caves of Zbrasov situated in the valley of the River Becva. The caves are on the left bank of the river at 247 - 312 meters of altitude. There are seven caves  which were discovered in the underground. The public can access only the largest of them. There is an access from the administration building. There you can buy tickets. 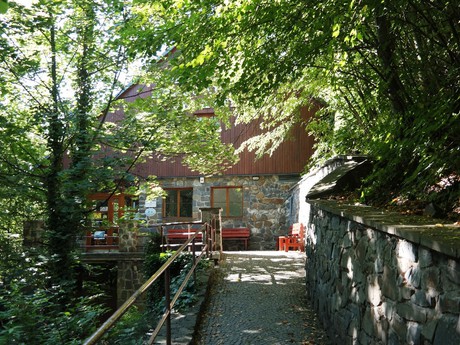 What you can look forward to is unique decoration. There is nothing like it anywhere. Its origin is linked to warm carbonite mineral water. Atmospheric precipitation formed the hydrothermal karst for thousands of years. The cave is located on the borderline of two geomorphologic formations - the Czech Massif and the West Carpathians. Occurence of carbon dioxide is also remarkable. It leaks out from underground mineral water lakes. It doesn't pose danger to the visitors for it is heavier than air. You can observe it in the creek of the River Becva. 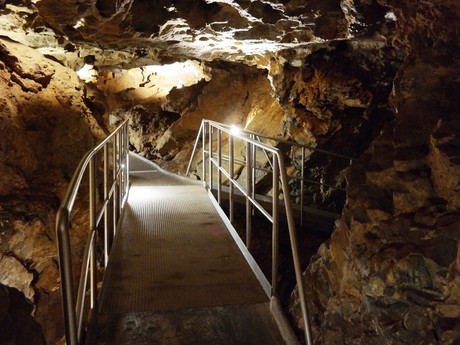 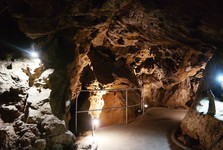 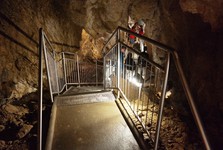 The Aragonite caves of Zbrasov are the warmest caves in the Czech Republic. Average yerly temperature is around 14,5 ˚C. The circuit is 375 mters long. This gives you a possibility to see sevral forms of hydrothermal phenomenna - aragonite, geyser stalagmites, stalactites, sinter film, and modern measuring tools which are used to find out about the carbon dioxide concentration. The guide will even show you them in particular part of the cave. He will ligth a candle which he will then lower to the lower parts of the cave. 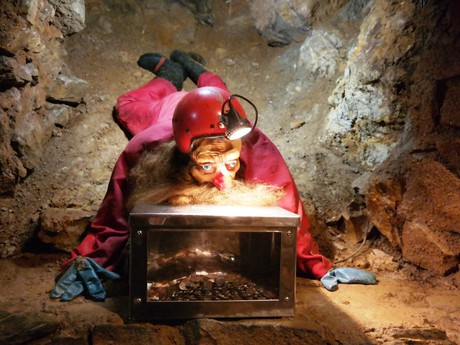 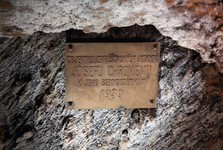 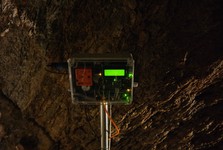 The cave was discovered in 1912. The employee of local stone quarry Na Barance noticed steaming crack in the ground during hars winter. Brothers Josef and Cenek Chromi who had been exploring karst formations aroudn for a while pledged to widen this crack. They descended 42 meters down the largest cave space (nowadays known as the Jurik dome). They and other enthusiats explored the so far mysterious cave system. In 1926, thy opened it to the public. In 1997, the cave was hit by the flood. It flooded the Marble hall which lead to gas leak to upper parts of the cave. A marble table documents this event. A guide will surely point out to it. In 2003, the caves were declared national nature landmark. During vast renovation works in the years 2002 and 2005, the scenic route was modernized as well as wiring. Several parts of the cave system were returned to their previous state. 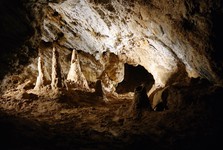 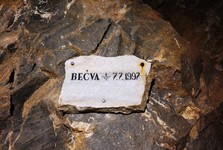 Aragonite caves of Zbrasov are whole year open (except for January). However, during the winter months there are bit different rules for going there so get all necessary information in advance. Apart from beauty of nature there are art items for modern fine art exhibitions have been taking place there since 1981. Considering Europe, this is quite unique way of how to use caves. It takes about 45 minutes to walk it through. 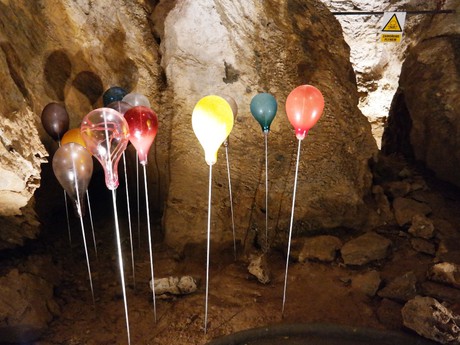 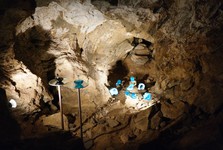 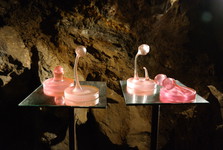 Aragonite caves of Zbrasov belong to the 14 caves accessible to the public in the Czech Republic. These are the only ones of hydrothermal origin. 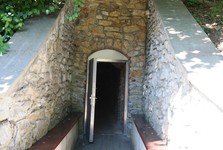 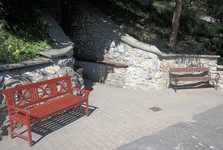