The peaks Malá Ohrádka and Ohrádka are actually a continuation of the Třemošná ridge. The whole ridge is a significant dominant of the Příbram region, according to it it was even called part of the Brdy - Třemošenské mountains. The Kazatelna viewpoint on the slopes of Třemošná is especially popular, from which beautiful views of Příbram and the more distant surroundings open up. The rest of the ridge is not deserted either, many visitors to Brdy just do not realize that the peaks of both Ohrádek are literally at their fingertips. 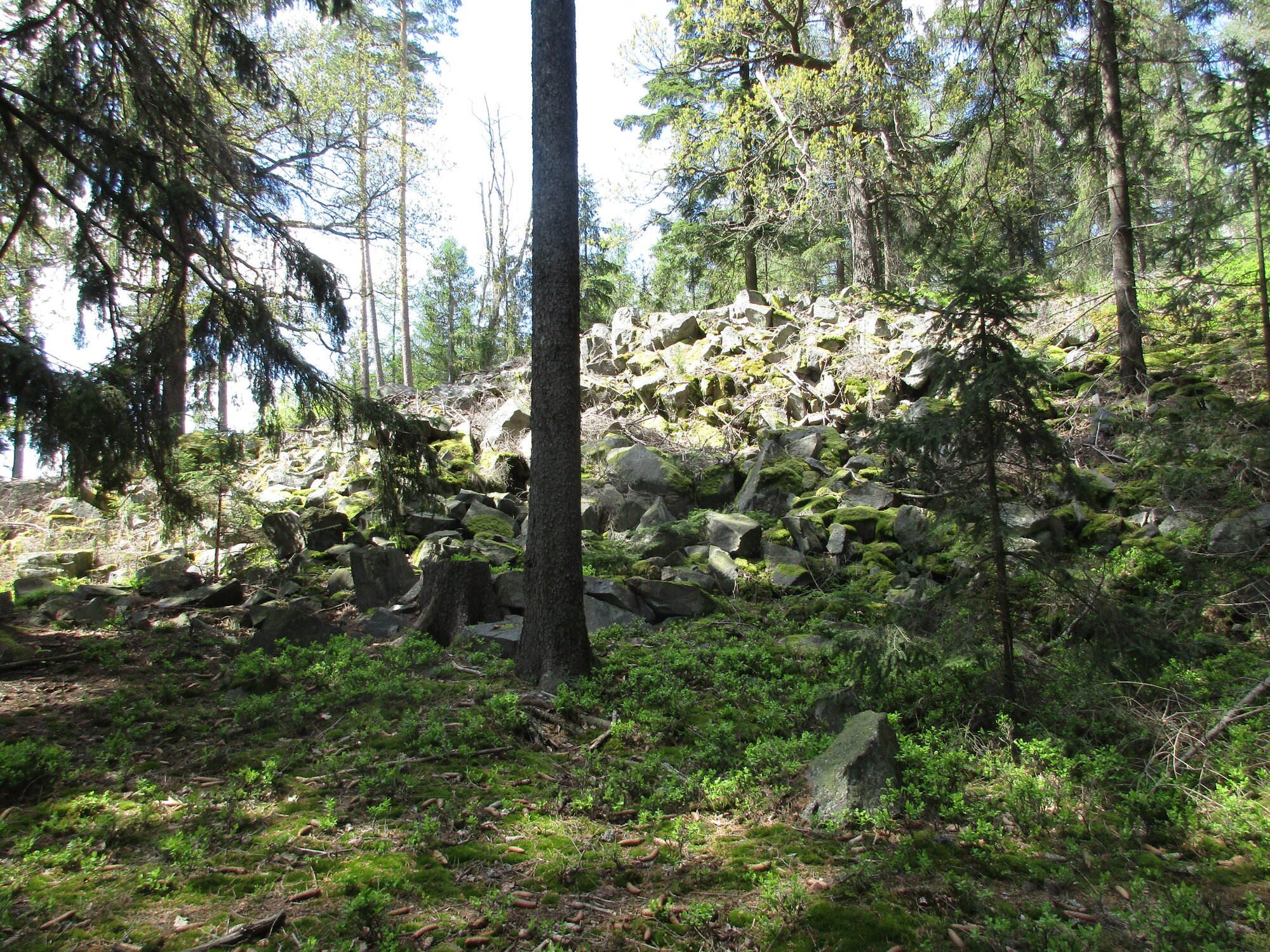 The Třemošná ridge is best accessible from the Rovina crossroads, which can be easily reached from Bohutín, Obecnice or Lázně. The Třemošenská forest road and the green tourist sign leading to the Nad Slaninou crossroads originate from here. There is no tourist sign leading to the top of Malá Ohrádka, but if you take the beaten path leading to the posed in the place of the steep bend of the mentioned forest path, you will soon come across several smaller but well-recognizable paths, which will take you to the nearby peak of Malá Ohrádka. From some places there are also interesting views of the Šumava, well recognizable for example the typical silhouette of Boubín and neighboring Bobík. The view of the mass of green forests under the hill is also very impressive, especially in spring. Remains resembling a quarry can also be found on the hillside, and some claim that stone was mined here for the construction of the Pilská Reservoir. 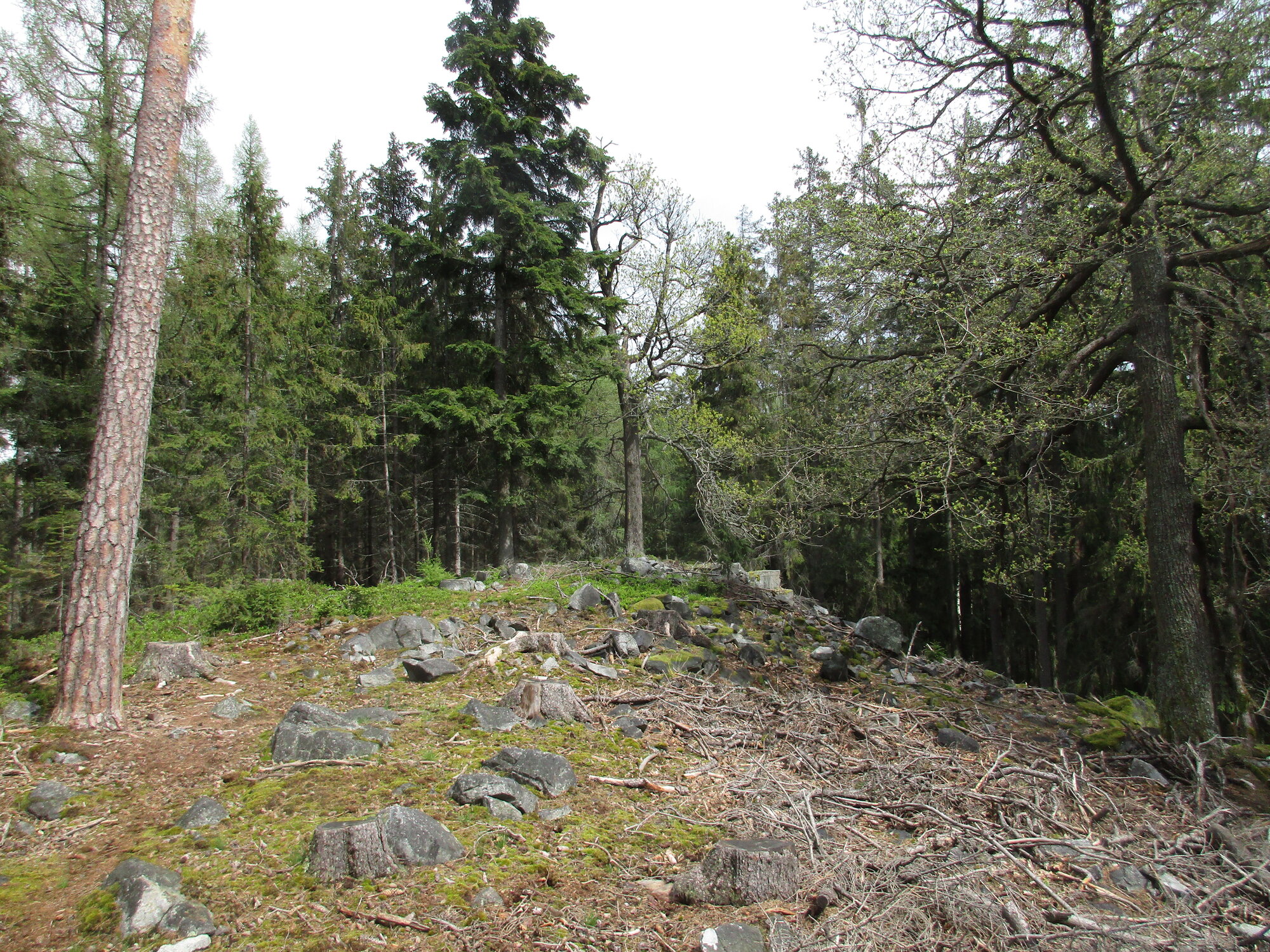 The peak of Ohrádka is located just a few meters from the route of the green tourist sign and is very inconspicuous. It is marked only by a simple stone pyramid. There is no view directly from the top, but there are several clearings on the slopes of Ohrádka, from which you will have Příbram and Bohutín in the palm of your hand. 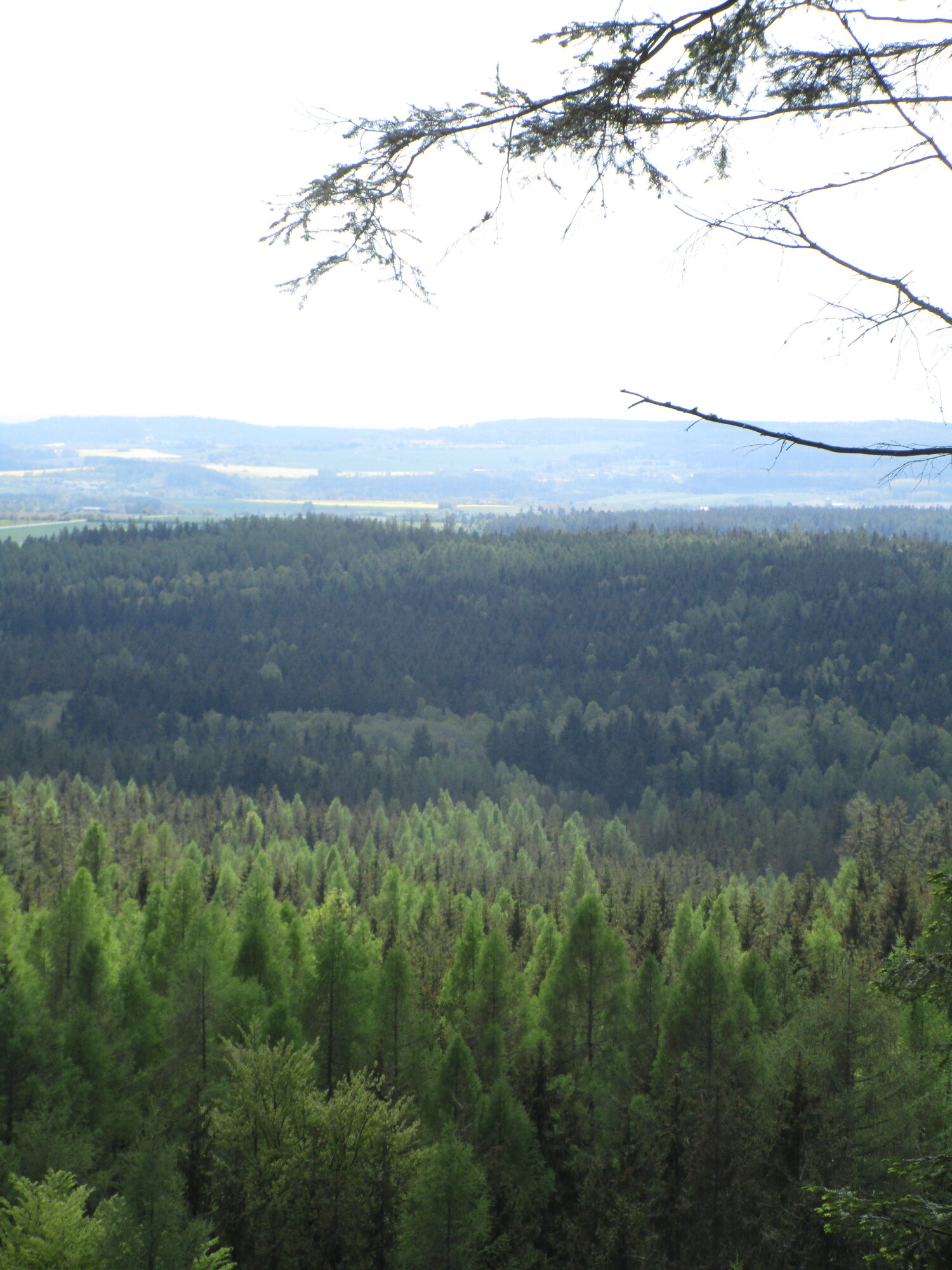 The path along the Ohrádka ridge, which is also a part of the Brdy ridge (and along the green tourist sign you can easily get from Orlov via the ridge of both Ohrádky to Tok), belongs to the less demanding ones. This is led from the crossroads Nad Slaninou by a blue tourist sign, which connects to the forest road Slaninská leading to Kozičín. The route leads along the slopes of both Ohrádek, in some places it is relatively steep, but with beautiful views. The sign passes by the popular Pergner's well, which was restored in 2007. It is hidden in a young forest, but not far from it there is a well-visible tourist shelter, from which a paved path leads to the well. Another popular stop for tourists is the deer enclosure at the Slanina game preserve. You can learn a lot about deer from the information board, if you are lucky, you will see them. Following the gravel road, you can continue from it to nearby Orlov. 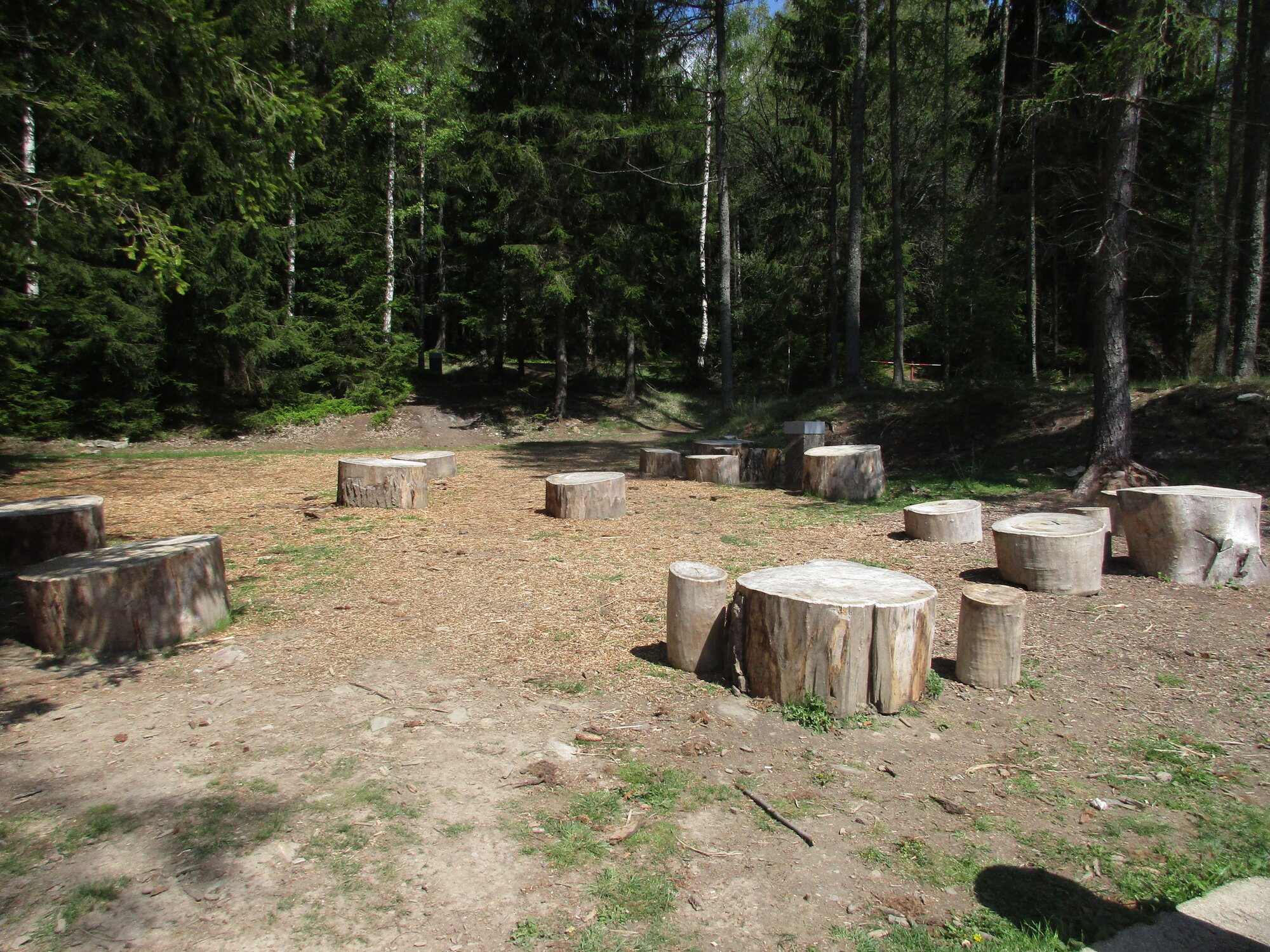 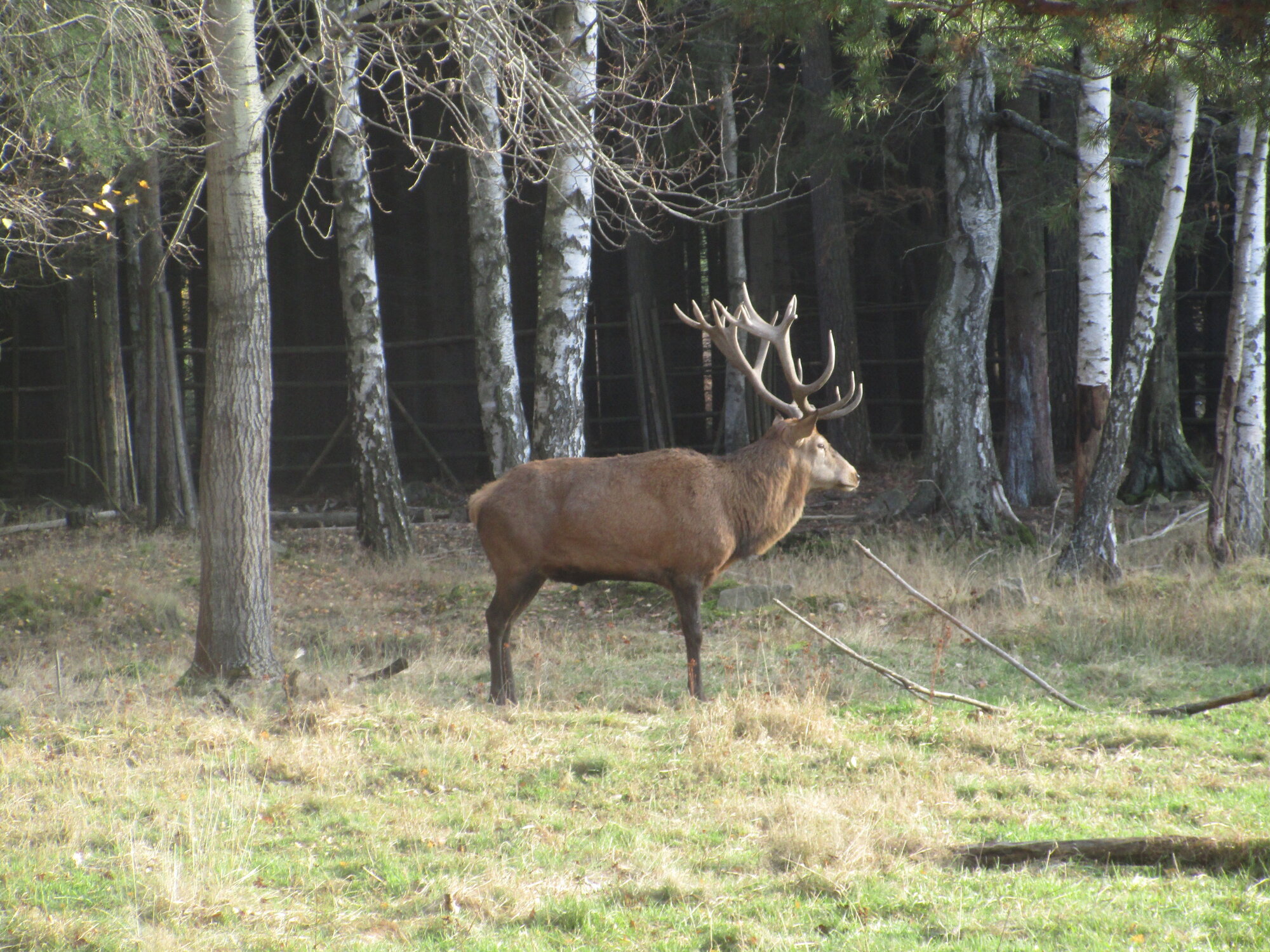