Tiske Rocks are the most accessible ones of the Elbe sandstones as near the motorway between Prague and Dresden cross the state border. Just drive off on the last exit on the Czech territore. Alternatively you can get there by bus Decin. 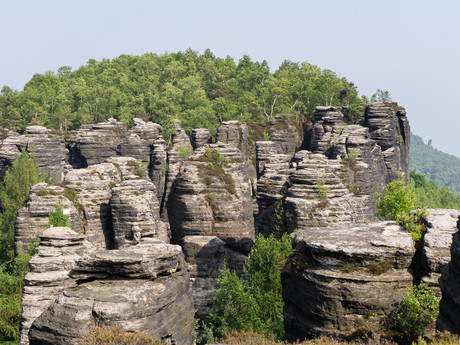 Through the entire rock town, there runs a nature trail and thanks to the fact that you can climb some towers, there is also a beautiful view of the surroundings. We recommend having enough time for a visit (at least 2 hours) and just let yourself away in the maze of rocks, discovering a small squares, "secret" passages and the distinctive shapes that wind and water weathering have created in the sandstones for millions of years. The whole area began to form less than a hundred million years ago, when sand deposits began to be deposited at the bottom of the sea, from which the sandstone was created after the fall of the surface. Volcanic activity relatively recently also influenced the current form. 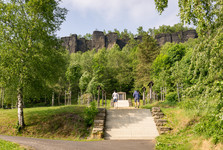 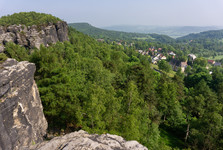 If you are a climbing enthusiast, the whole area of Elbe Sandstones will be a paradise for you. Together with the Adrspach-Teplice Rocks in Broumov, it is one the most popular in the Czech Republic. Both beginners and experienced rock climbers will like it here.

You can prolong the trip and make a visit to the Czech Switzerland National Park or climb up to the nearby peak of Decinsky Sneznik. With a height of 723 meters, it is the highest place of Labske piskovce. From local observation tower you will enjoy a great vista into the surrounding landscape. Alternatively, you can continue from Tiske Steny along the yellow trail up to the German border, make a stop on Rajecke Marshlands and try to reach Ostrovske Rocks. 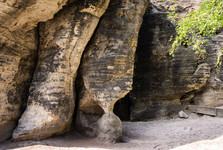 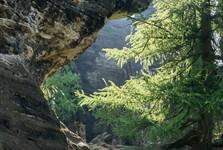