One of the most famous trails in Trebon leads past Pond Svet and measures 12 kilometers. The trail starts at Hotel Bohemia in the spa area of Aurora. From the spa park, across the well-preserved section of the floodplain to Spolsky mill, it continues through a forest path to a place called Rewards. The poetically sounding name of the place was created by the fact that the land was received by the farmers as compensation for the plots flooded during the construction of the Pond Svet. From the Rewards, past the meadow and directly around the World Pond, the trail comes to the Ostende swimming pool. It continues around church of St Jilji in Domanin, it then goes along the Schwarzenberg tomb and ends at the monument of the painter Josef Susta at the dam of Pond Svet in sight of the chateau park and Regent brewery. 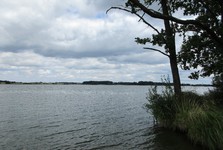 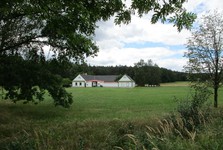 The Schwarzenberg tomb is situated in the park between Domanin and Pond Svet and is the penultimate stop on the nature trail. At first glance it looks almost like a miniature of a Gothic cathedral, but in fact it is considerably younger. It dates back to the 19th century and is built in a relatively fashionable neo-gothic style. The example was the Italian tomb of Campo Santo, which also recalls an octagonal ground plan. The chapel is dedicated to the Divine Redeemer, and in its crypt contain 26 coffins in which there are remains of members of the Schwarzenberg family. 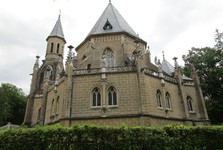 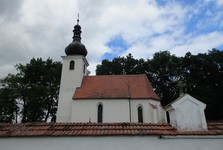 This educational trail is 3.6 km long, partly through the panel and partly on the asphalt roads, and there is no significant elevation. They can handle both pedestrians and cyclists or mums with strollers. The trail starts at Masaryk Square, and around the Golden Sewer and the Regent brewery, it reaches the places where the Hradecek pond once used to be. The trail then then returns to the forest asphalt and around the gardens back to the city. From the former pond, there was only a barrier here, as well as a few grown oaks of witnesses, the most striking being the Krcin's Oak. A famous fishpond tried to save the pond, but the waterworks were based on a very subdued terrain and the dam was not too stable, so even Jakub Krcin could not do anything to complete the pond. One legend has it, it was the vengeance of the devil, with whom Krcin assembled to help build the ponds. 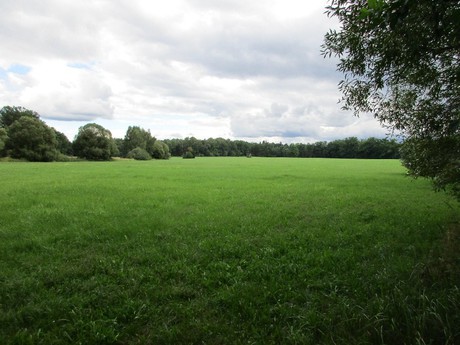 The trail is complemented by acacia woodworks, as well as panels that familiarize visitors with local tree species.

This trail is almost 40 km long and is designed for cyclists. It starts at the pond of the Pond Svet, with a total of 22 educational panels on its route. It introduces the visitors to the interesting natural elements of the Trebon region, but also to interesting man-made works. One of them is the weir Pilar on the Luznice River near the village of Majdalena, considered one of the most dangerous weirs in our country. The trail goes back to Trebon from the other side through the chapel of St. Vitus, where the famous Pergola refreshments is located. Also, there is  Na Kopecku district adorned by Kotera's water tower. At present the exposition of Buddhist art is located in the tower.