Tremsin rises to 827 meters above sea level, thus being the highest peak of the southern Brdy. Even though it may seem to you that the peak is surrounded by deep forest which made it inaccessible and hostile place, the area was settled as early as late Bronze age or the Hallstatt culture. Later, a castle would be built on the summit. However, it was destroyed by the Hussites in the year 1420. It would be left to decay after that. In the 18th century, a Baroque chapel was build just under the peak. The castle ruins saw a Romantic renovation in the 19th century. Thus, Tremsin became a popular trip destination similar to Velky Blanik. Many legends have been told about the hill. For instance, about a hidden treasure, or a dragon of Tremsin who guards the treasure. 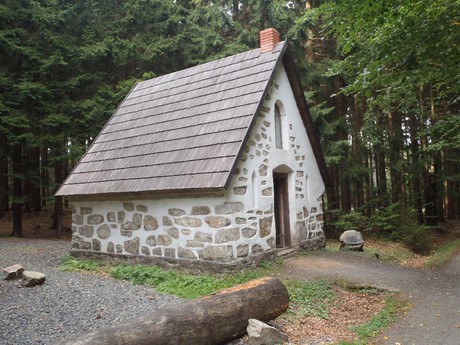 Remains of similar stronghold may be found on Kobyli Hlava hill. Sometimes the hill is being called Hengst (it is a different place from Kobyli Hlava crossroads situated nearby). The ruins also saw Romantic-style renovation. However, not much is left of it today.

Until recently, a wooden observation tower used to be on Tremsin's hilltop. However, the construction was considered increasingly dangerous and demolished. So, to enjoy at least some view, step on the edge of enbankements. Otherwise you may not see a thing through thick tree cover. 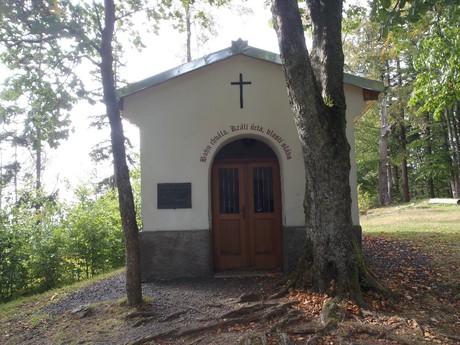 There are several interesting trails going up to Tremsin such as the one from Na Dedku gamekeeper's lodge (by the road to Rozelov). There you can leave your car and see a little memorial of lethal encounter of local ranger (who helped freedom fighters) with Germans during the WWII. Then go to the green tourist trail and hike until you reach Tremsin cabin and eventually the peak of Tremsin. 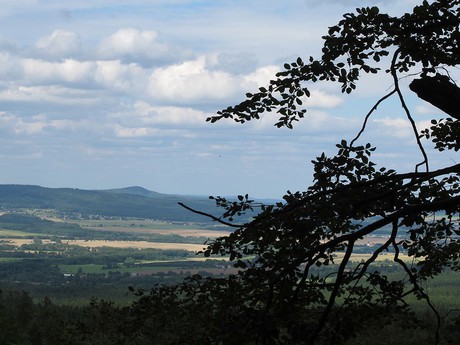 Another way to get onto the summit of this legendary hill would be from Rozmital pod Tremsinem. The trail goes by a chateau and Podzamecky pond to Voltus village. Close to the village (at the foot of Sterbina hill), Jakub Jan Ryba, famous Bohemian teacher and music composer, took his own life. You may see a stone burial mound remembering this historic figure. However, to reach the mound you need to make a turn at Voltus-Flusarna crossroad. Leave Voltus for Hut pod Tremsinem, formerly there were glassworks. We then hike up through forest until we reach Kobyli Hlava crossroads (it is not the same as the one on Hengst hill, the same names are just a coincidence). From here on continue along a red tourist trail to Tremsin cabin and eventually to the very top of the hill. You can make your trek shorter. For instance, set off from Voltus or Hut pod Tremsinem. Both localities could be reached by car.

Last section of hike goes along vast stone fields. You may even make a detour to a freedom fighters' bunker. Tremsin didn't belong to the Brdy military area, however freedom fighters hid here in the time of the WWII. 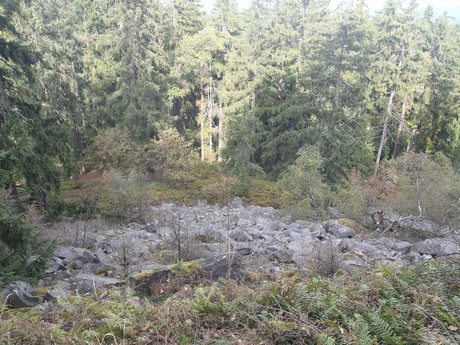 More fit tourists can go to Tremsin from Misov, Tesliny or Vesin. There is a beautiful trail from Tesliny. By following a green tourist trail you get to Spalena Bouda crossroads. Here you should follow a yellow trail across Hengst until you get to Tremsin. The area features ruins of old castles, beautiful vegetation, origial flowers, and rock formations. The most valuable areas in the region are established as nature reserve. 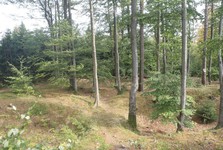 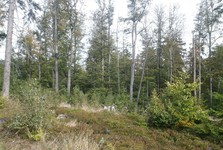