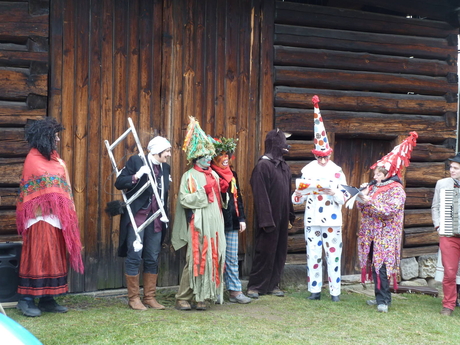 Carnival - a time of plenty and festivity, which comes after fasting (meat-release). In the past year slaughter, weddings and balls at the end and traditional masks. Hence the name Fat Thursday, Shrove Tuesday or Sunday, or a costume parade - bear, mares, sweep, gypsy beggar and various others that people have created their fantasies. Carnival starts after Epiphany and lasts until Ash Wednesday, when begins the 40-day fast before Easter, which begins after the first spring full noon. This is why the Easter are every year on different day. So even the length of the carnival period differs. Each region had different customs and names, but one thing was common - people were eating, drinking, visiting and making merry. With the arrival of spring they had a hard work on the field ahead of them, so free time was adopted to agricultural work. 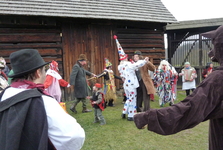 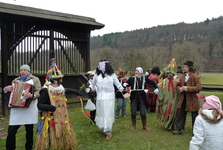 At the Dlask’s Ranch carnival celebrations is one of the traditional celebration. You may go there and enjoy the atmosphere. Of course there is traditional butchering and beer drinking. Costume parade precedes their performances, as each mask at the carnival has its role. People come here to entertain others and to maintain traditional customs. 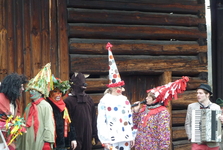 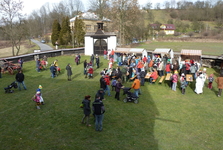 Timbered farmhouse is named after the peasant family of the Dlasks. The one, whom the history remembers is of remembering Joseph Dlask , which is responsible for the present form of the farm and also for the next generation left behind his notes, which were compiled and published as a book in 1898. Unfortunately, his life ended an accident. When catching a fish in the Jizera river he drowned. Originally a residential building, which includes a parlor, hall, barn and storage, has been extended to other areas on the first floor, accessible by a long carved gallery. The grounds are wooden farm buildings, where the stables and barn wood was replaced with stone. Exposure rural interior is complemented by agricultural and craft tools, the ground floor is tiled stove with stove for water heating, upstairs are classic brick stove.

The entire estate, including the fencing, entrance gates and towers (located above one of the gates) is the national cultural heritage. Even though it was recovered in restitution, it remains part of the Museum of the Bohemian Paradise in Turnov as an ethnographic exhibition. It is open to the public from April to December and during the main event. 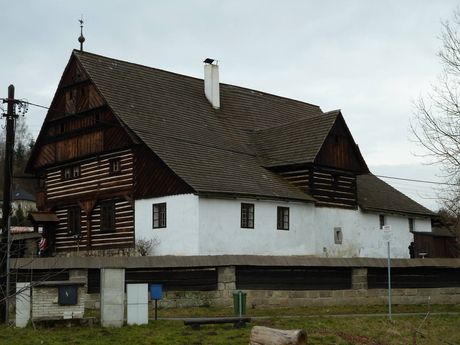